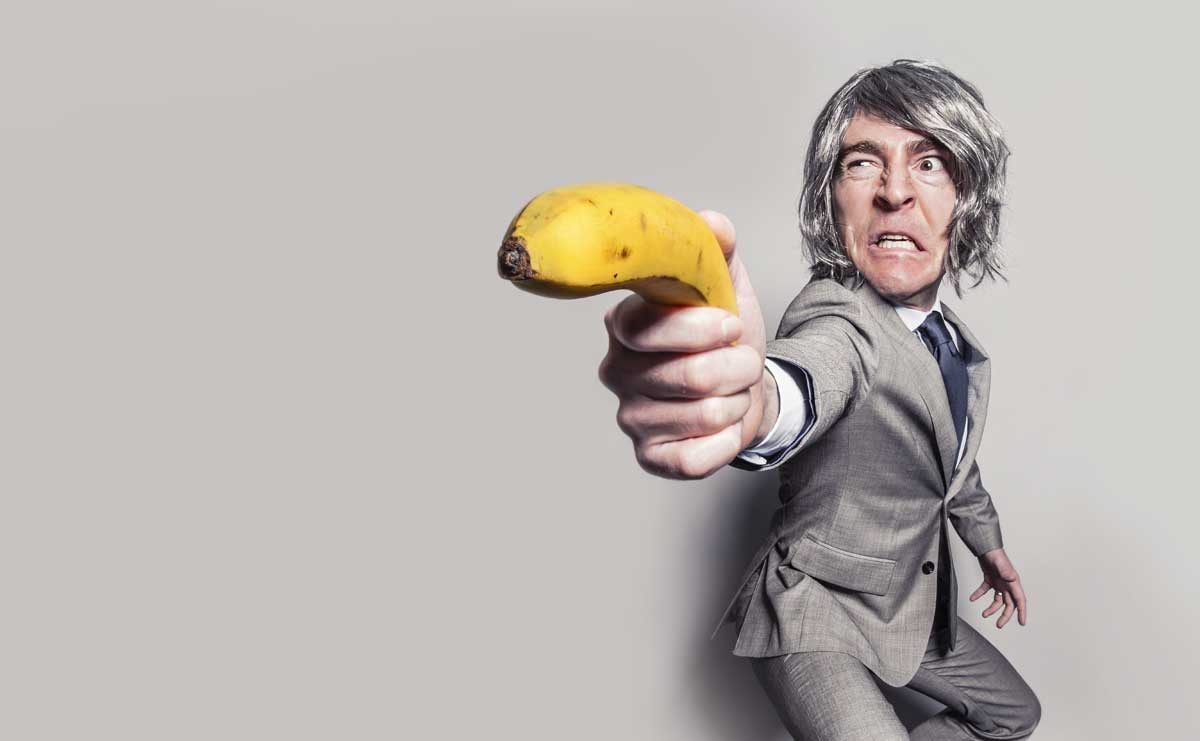 When the average person thinks of a banana, he or she typically imagines a yellow, crescent-shaped fruit, curving upwards towards tapered ends with dark colored tips at each end. So when the question of whether one could claim copyright protection for an adult banana costume embodying these very common features came before the Third Circuit Court of Appeals in Silvertop Associates, Inc. v. Kangaroo Manufacturing Inc., --- F.3d. ---, 2019 WL 3484240 (3d Cir. 2019), the court deemed the issue to be ripe for determination.

In 2010, Rasta Imposta (“Rasta”) obtained a copyright registration in the design of its adult banana costume. The founder of Kangaroo Manufacturing Inc. (“KMI”) purchased and resold thousands of Rasta’s banana costumes until the parties’ relationship apparently lost its “a-peel.” Later, Rasta discovered that KMI was selling a very similar banana costume without a license and sued KMI for copyright infringement in the U.S. district court of New Jersey. After Rasta obtained a court order barring KMI from selling any more of the copycat design, KMI appealed the decision to the Third Circuit Court of Appeals.

On appeal, KMI admitted that its banana costume was substantially similar to Rasta’s costume, but said that Rasta was bananas for thinking that its costume—which KMI described has having “unoriginal features”— could be copyrighted. The appellate court disagreed. While the court acknowledged that Rasta’s banana costume depicted an ordinary banana, it determined that that the costume contained enough artistic elements to merit copyright protection, relying on the Supreme Court’s 2017 decision Star Athletica, L.L.C. v. Varsity Brands, Inc.

Star Athletica dealt with cheerleading uniforms, and found that, even though the uniforms themselves were not protected under copyright law (which does not protect “useful articles” like clothing or costumes), those portions of the uniform that incorporated “separately identifiable” artistic features could be eligible for copyright protection. The Silvertop court reasoned that if the sculptural features of Rasta’s costume could be split away from its utilitarian features and imagined as a separate two- or three-dimensional work capable of existing independently from the utilitarian aspects of the costume, it was eligible for copyright protection. In reaching this conclusion, the court rejected two doctrines invoked by KMI: merger and scenes a faire.

Merger and Scenes a Faire

The doctrine of merger applies when an idea — which is not subject to copyright protection — can be expressed in only one or a few ways, such that granting a copyright in the expression would effectively give the owner a monopoly over the idea itself. Similarly, the doctrine of scenes a faire states that elements of a work that necessarily result from external factors are not eligible for copyright protection. Examples of scenes a faire include the use of a cross when telling a story about Jesus’ crucifixion, or skyscrapers when describing Manhattan’s skyline.

Given the general perception of bananas as embodying, at the very least, the composite artistic features of Rasta’s costume, it is surprising that the Third Circuit Court of appeals found neither merger nor scenes a faire applicable. While the two doctrines share the goal of preventing the monopolization of any particular idea (which the Court found was not implicated by Rasta’s costume), the scenes a faire doctrine is concerned with a second, less obvious goal: avoiding the monopolization of features so commonly associated with particular idea or subject matter that they “lack the originality that is the sine qua non for copyright protection.

The Third Circuit’s analysis of the features of Rasta’s banana costume in light of the scenes a faire doctrine suggests a misunderstanding of this goal. For example, although the Silvertop court admitted that “a banana costume is likely to be yellow”, it suggested that KMI could have used any shade of yellow, or even the colors green or brown. Likewise, the court remarked that “although a banana costume is likely to be curved, it need not be—let alone in any particular manner.” The court appears to ignore the possibility that externalities of the costume market played a role in the color, shape and general appearance of Rasta’s costume, the very heart of a scenes a faire analysis. The fact that Rasta could point to other, non-infringing costume designs says nothing about whether the features claimed as part of Rasta’s costume are so common to the underlying idea of a ripe, unpeeled banana as to effectively foreclose other expressions of the same idea.

Silvertop Associates is significant in that it addresses the subject matter of wearable costumes, which inherently derive their value from being instantly recognizable as imitating one thing or another. The court seems to say is that it is ok to claim protection for a yellow banana as a costume because a banana sometimes is brown or green. But that analysis seems to miss the point that this type of protection is too broad. Ultimately, the decision opens the door to greater protection for fashion designs incorporating sculptural or artistic elements, even if those elements are recognizable as occurring in nature.