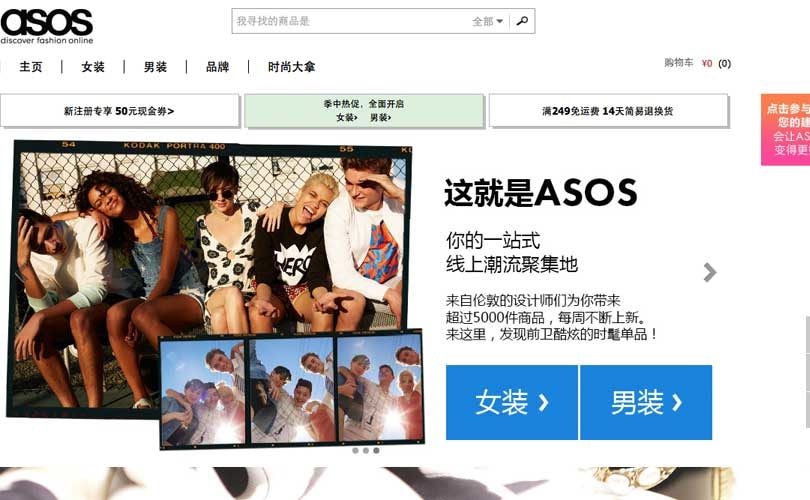 British fashion e-tailer Asos has announced plans to discontinue its local operations in China on Thursday morning. The decision will see approximately 60 postions at Asos office in Shanghai and fulfilment centre be axed, with the remaining 20 memebers of staff being moved elsewhere.

Chinese customers will have the additional benefit of being able to access Asos.com full 80,000 product ranged, as opposed to the current 6,000 product range currently accessible to them. “We’ll continue to do business in China,” said Nick Beighton, Chief Executive Officer at Asos. “We are simply serving our growing customer based there in a more efficient, less costly manner.”

The closure of Asos’s local China operation will have a financial impact on the company, with the one-off closure costs estimated to come in at up to 10 million pounds, stated Asos in a press release. The majority of the costs will be non-cash and operating losses to closure in the current financial year of 4 million pounds. Both these amounts are pre-tax and will be shown are discontinued operations at the end of the year, added Asos.

News of the closure of local Chinese operations comes ahead of Asos six month financial results to February 29, 2016, which will be revealed on April 12. Whether Asos will add a local language and currency option for Chinese consumers on Asos.com remains unclear.