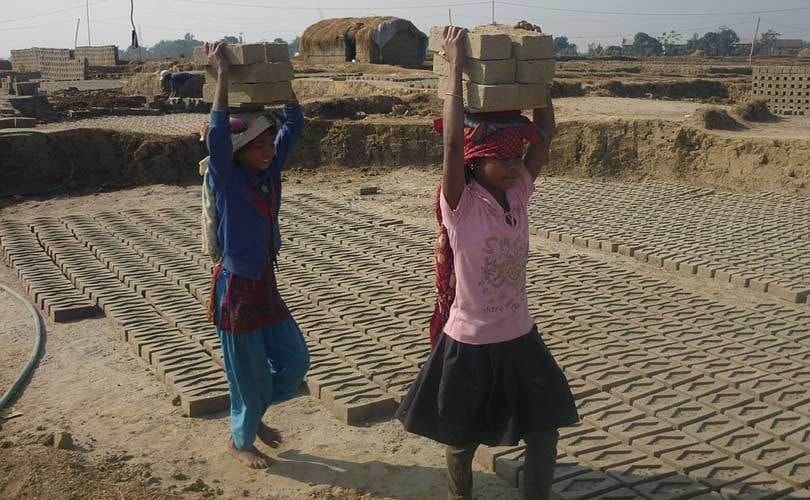 Burberry’s pledge to be a more sustainable and transparent brand has seen its new chief executive Marco Gobbetti join as one of eight founding members of the Business Against Slavery forum.

The forum has highlighted the urgency for businesses to address modern slavery. According to the International Labour Organisation, there are more than 40 million people in slavery worldwide today, many of whom are forced to work in garment factories suppling the world’s leading high street and fashion brands.

Rudd stated in the Evening Standard: “We know that if businesses are not taking serious and sustained action to check their supply chains, then they could be profiting from slave labour — whether it’s on their premises or in a factory thousands of miles away.

The Modern Slavery Act’s transparency in supply chains provision requires businesses to publish an annual statement outlining what steps they have taken to prevent modern slavery. I am encouraged by the thousands of statements published, which set out a range of innovative activity.”

The forum aims to provide a platform to help businesses identify, tackle and prevent slavery in their supply chains, to share intelligence and best practice, and to boost the quality of transparency reporting under the Modern Slavery Act.

“The founding members of the Business Against Slavery forum have shown bravery by refusing to ignore the fact forced labour can be a problem in any supply chain and by coming together to do even more to combat it,” Rudd said.

“Much progress has already been made, but by sharing their expertise and experience in identifying and tackling slavery these business leaders will help consign it to the history books. They have refused to turn their backs on the victims of this barbaric crime. I hope other firms will do the same, so together we can force slavery out of hidden corners of the supply chains that contribute to the products and services which are part of all our daily lives.”