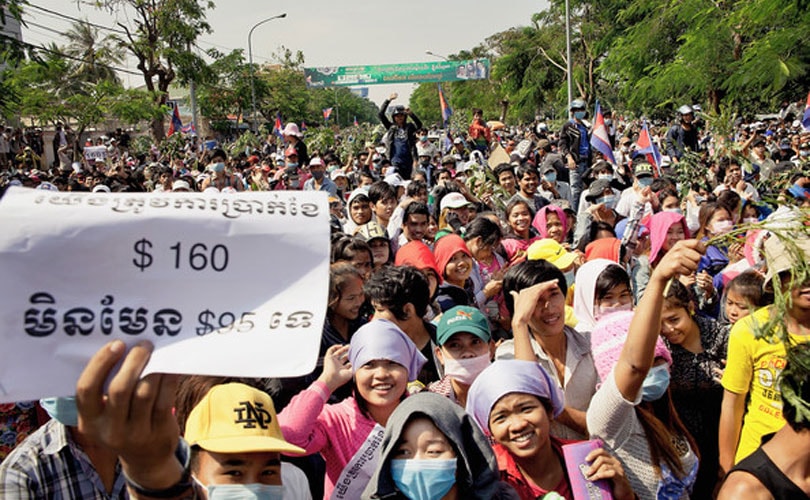 Smiling faces among Cambodian garment workers: After tense negotiations by textile unions, the Cambodian government agreed to raise the minimum wage for garment workers by almost 10 percent to 140 US dollars a month from 2016.

This is still short of union demands, which had initially asked for 177 US dollars per month and then came down to 160 US dollars. The current minimum wage for garment workers is 128 US dollars per month, which is not enough "to make ends meet" as the unions had pointed out.

Cambodia's garment industry employs about 700,000 people and generates 5 billion US dollars each year. Most of the factories are export-oriented and produce clothes and shoes for big internationals brands like Gap, Nike, Adidas and Zara.

In recent years, there have been several protests by garment workers over the issue of a living wage, some of which have turned violent. Early last year, at least four workers were killed and several injured after police opened fire on demonstrators.

Cambodia is one of several so-called low-wage countries when it comes to textile and garment production; only Sri Lanka, Bangladesh and Pakistan have lower wages according to an ILO statistic of 2014. Even though the garment industries in countries like China, Bangladesh and India are much bigger, Cambodia's textile and garment industry is too important to ignore, making up 80 percent of the country's exports.