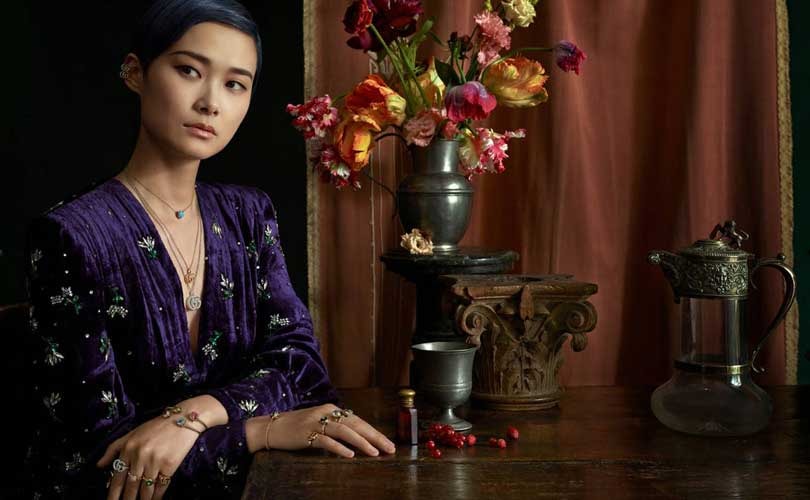 Can the 'Made in China' label make a comeback?

Paris - In the fashion industry we have Western brands on one hand, and Chinese brands on the other. Occasionally we see both intertwined which raises the question: how can these very different cultures coexist in the same industry, and what roles will they play? China already has its foot in the door by acquiring several local French labels. With Western brands now under the Asian umbrella, companies turn their attention to creating brands with a Chinese business structure within Europe. It seems that there is no limit to how far Chinese brands will go to change the low-cost reputation of the “Made in China” label. However, spreading the word of a new and improved quality of its goods will require hard work on a large scale.

In this immense country with a population of 1.4 billion inhabitants, 25 million of whom live in Shanghai, China is trying to draw all its consumers towards the same point. But this project is only in its infancy. It is an arduous task for the Asian giant where, according to Bain & Company, consumption is developing at a manic rate as the economy emerges. Ironically, the country notorious for low-cost counterfeit items now has bought-up one third of the luxury fashion sector.

Filling Asia with French style: at what price?

“The western style is still vital for Chinese consumers,” the director of Chic Shanghai, Chen Dapeng, told FashionUnited during its last edition.

The origin of goods still carries weight with Asian consumers who continue to splurge on the French brands. Already appropriated by the Chinese are French fashion majors including SMCP (Sandro Maje Claudie Pierlot), Kidiliz (ex-Zannier), Lanvin or Sonia Rykiel. French style now clearly belongs to China, but the growing question is whether the identity of these fashion houses will be preserved.

“To a certain extent, they have kept their DNA, since above all the customer craves the French lifestyle. Conversely, the products offered on the Chinese market and the quality have really plummeted,” explains the French designer, Eric Tibusch, who is well established in China. “The French brands have become commercial and are no longer the brands of designers or innovators. The other problem is that business is patchy here and China has entered a recession. The prices of current consumer products have increased, in particular food and housing. No one is selling any more. The Chinese Eldorado is an illusion… Also, it has been seen that foreign companies are increasingly leaving Shanghai. The Chinese are starting to have worries about the future and are reducing their expenditure on fashion items. Many of my Chinese friends are starting to prepare to leave the country. The richest are already mostly outside China and are spending their money elsewhere. Regarding the luxury brands, apart from counterfeiting which is the scourge of our industry, their sales results are not real according to some sellers of Gucci and others that I mix with. The stores are empty, so what are they selling? In the streets I see only counterfeits of Gucci and Balenciaga worn by people who cannot afford the real products. What is developing most here are multi-brand stores. They can be bought from the Chinese factories that make products for “real-fake” luxury brands (good quality counterfeits). Today, entire streets in Shanghai are home to these stores situated opposite the luxury stores… Conversely, Japan is experiencing a strong economic resurgence but the Japanese actually prefer luxury logos and want real designer products.”

Making moves in Europe is a part of the Chinese strategy. In fact, British tailoring labels, including the most emblematic in London, Savile Row, and the representatives of “gentleman” style such as Hardy Amies or Gieves & Hawkes, have also been bought by the Hong Kong group, Fung Capital. These acquisitions have gained a handle on a segment that never goes out of style.

The Chinese designers, Guo Pei and Hyun Mi Nielsen, put on a show this year in Paris at the Haute Couture Week. While the high-fashion collections are still inaccessible to ordinary people, Chinese brands are starting to convey ambitions and luxury. The arrival of Chinese brands in Western fashion can finally be seen on a mass-scale and thus help to change the paradigm more divisively.

Another interesting fact is the use of a new label on items since 2014: “Proudly made in China”. This is used as a symbol of frustration from local designers who are tired of being associated with counterfeiting and the low quality of fashion products.

Chen Dapeng continued, “The interest that Chinese consumers have in local products has increased and the second generation of manufacturers are going to affect radical change. They have studied in Europe and soon they will return to China to improve the factories of their parents and the collections that they produce”.

Last year, Richemont Group sold Shanghai Tang, which it bought in 1998, to Italian entrepreneur Alessandro Bastagli. The high-end ready-to-wear brand for women “did not have the weight of a French or Italian brand” and was met with substantial difficulties in sales. “A failed export,” cites the magazine Stratégies. “Despite setting up an establishment in France in 2003,” it continues, “the Chinese brand has been unable to seduce westerners. The appetite for Chinese fashion was not enough. Too much based on asian style and with too much colour, the collections of Shanghai Tang did not find a strong customer base ”.

There is another Chinese brand that has embarked on the European adventure: Bosideng. This upscale label, specialising in tailoring, offers traditional clothing in pure British style and operates with 10,000 sales outlets in its country of origin. Last year, the Chinese company announced to FashionUnited the closure of its London store situated in South Molton Street after being open for just four years. “To go into Europe was a long-standing objective of Bosideng and we were very happy to set up store in London,” revealed Wayne Zhu, the managing director of Bosideng in the United Kingdom. The decision to close the London store was reinforced by the instability of the market in the face of Brexit.

Today, Chinese companies are choosing to invest in western brands or are creating their own labels with European inspiration.

In Spain, Lisa Bao is in the process of building up her fast-fashion empire. In the long term, she has potential to measure up to the giants of the sector, such as Amancio Ortega (Inditex), Isak Andic (Mango), Karl-Johan Persson (H&M) or Arthur Ryan (Primark). At the age of 37, this young entrepreneur has created Mulaya, a fashion chain fueled with Chinese capital and managed entirely by Europeans. Mulaya was registered in Spain (the hub of successful chains) in 2008 and already has an office in Madrid, a network of 30 stores in the territory and a webshop that is a booming in sales.

Its concept: fashionable collections of reasonable quality at affordable prices, usually under 30 euros. Its distribution is based mainly on Zara’s strategy, with megastores placed in strategic locations and prestigious streets, with its image is shaped by western bloggers and influencers on the social media. Mulaya, therefore, does not resemble a Chinese brand at all. Other Chinese labels are operating in Europe such as Okeysi and Modelisa, based on the same concept and which have taken the initiative of manufacturing their clothes on Spanish soil, yet another way bypassing the “Made in China” label and redefining the structure.

Read more in a series of the largest Chinese fashion companies:

This article was originally written for FashionUnited.fr. Edited by Kelly Press