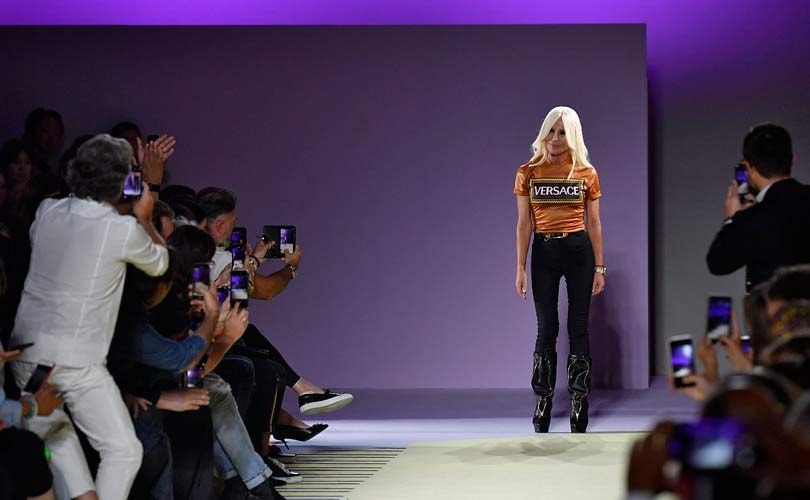 Capri Holdings, the newly renamed Michael Kors Holdings, has confirmed an ambitious strategic plan for the long-term growth of Versace, following its acquisition of the Italian fashion house Gianni Versace S.p.A for a total value of 1.83 billion euros (approximately 2.12 billion US dollars).

The American luxury conglomerate, Capri Holdings, which also includes Michael Kors and Jimmy Choo, outlined its plans for Versace to investors, including increasing its global retail footprint from 200 stores to 300, accelerating e-commerce and omni-channel development, and to build upon Versace’s luxury runway momentum by enhancing the brand’s “powerful and iconic” marketing.

Revenue growth is also high on the agenda, with Capri Holdings stating that it plans to grow the Italian luxury house’s global revenues to 2 billion US dollars to challenge European conglomerate-owned rivals including Louis Vuitton and Gucci. This would mean more than doubling revenues, as currently its revenue is 850 million US dollars.

This will be achieved in part by expanding the men's and women's accessories and footwear, which currently makes up 35 percent of the business, and the group would like to increase that to 60 percent of revenues. 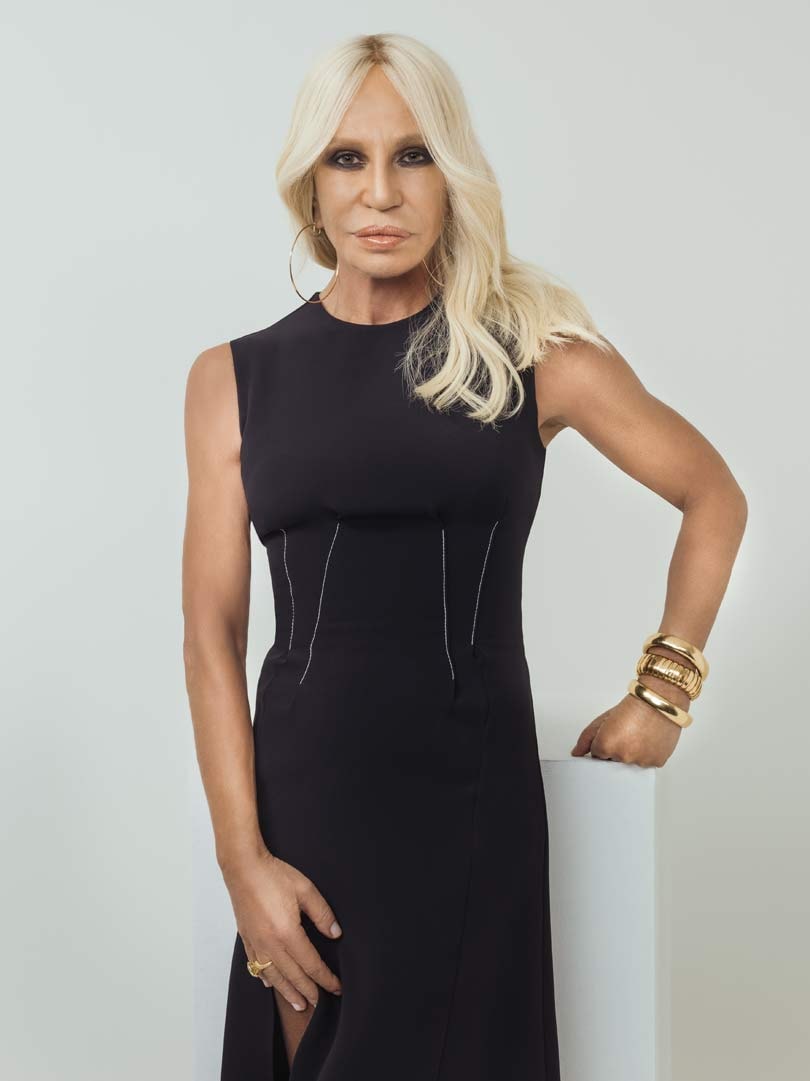 Capri Holdings also confirmed that Versace management team will continue to be led by Jonathan Akeroyd, chief executive officer at Versace, who John D. Idol, chairman and chief executive officer of Michael Kors Holding stated had been “an instrumental partner to Donatella in driving growth and success for Versace worldwide”, while Donatella Versace would continue to lead Versace’s creative vision, as well as becoming a shareholder in newly named group.

The deal states that the Versace family, which includes Santo and Allegra Versace, will receive 150 million euros of the purchase price in shares of Capri Holdings.

Akeroyd, said in a statement: “Since I joined Versace over two years ago, our focus has been on leveraging the company’s heritage and strong brand recognition worldwide, which has allowed us to experience significant growth in all regions.

“Donatella’s unmatched vision has led to the continued and growing success of our brand. I am thrilled to be joining Capri Holdings Limited, which will be instrumental in accelerating our growth globally.”

The Versace acquisition will also deliver a number of benefits to Capri Holdings said the group, including growing its total revenues to 8 billion US dollars in the long-term, and help it to diversify its geographic portfolio from: 66 percent Americas to 57 percent, a slight growth in Europe from 23 to 24 percent, while Asia will grow from 11 to 19 percent, as Versace has a global reach with a strong presence in Asia and Europe.

The group also added that there was also potential to create long-term cost-saving operational synergies, which would be especially relevant on deals such as real estate and media. Versace also brings expertise in producing luxury apparel to the group, as Michael Kors ready-to-wear is currently manufactured through a license.

Idol added: “The acquisition of Versace is an important milestone for our group. Versace was founded in 1978. For over 40 years, Versace has represented the epitome of Italian fashion luxury, a testament to the brand’s timeless heritage. We are excited to have Versace as part of our family of luxury brands, and we are committed to investing in its growth.

“With the full resources of our group, we believe that Versace will grow to over 2.0 billion US dollars in revenues. We believe that the strength of the Michael Kors and Jimmy Choo brands, and the acquisition of Versace, position us to deliver multiple years of revenue and earnings growth.”

“This is a very exciting moment for Versace,” added Donatella Versace. “It has been more than 20 years since I took over the company along with my brother Santo and daughter Allegra. I am proud that Versace remains very strong in both fashion and modern culture. Versace is not only synonymous with its iconic and unmistakable style, but with being inclusive and embracing of diversity, as well as empowering people to express themselves.

“Santo, Allegra and I recognise that this next step will allow Versace to reach its full potential. We are all very excited to join a group led by John Idol, whom I have always admired as a visionary as well as a strong and passionate leader. We believe that being part of this group is essential to Versace’s long-term success. My passion has never been stronger. This is the perfect time for our company, which puts creativity and innovation at the core of all of its actions, to grow.”

The transaction is not to subject to a financing condition, as the cash portion of the purchase price is expected to be funded by a combination of cash on hand, drawings under the company’s existing revolving credit facility, and committed underwritten bank term loans from our advisors JPMorgan Chase Bank, N.A. and Barclays, stated the group. The transaction is expected to close in the company’s fourth fiscal quarter, subject to specified closing conditions, including the receipt of required regulatory approvals.

Upon closing of the acquisition, Michael Kors Holdings Limited will be renamed Capri Holdings Limited, a name inspired by the fabled island that is recognised as an iconic, glamorous and luxury destination that features a three-rock formation, which the group states is symbolic of the “timeless heritage and strong foundation that is at the core of each of the three founder-led brands” - Michael Kors, Jimmy Choo and Versace.