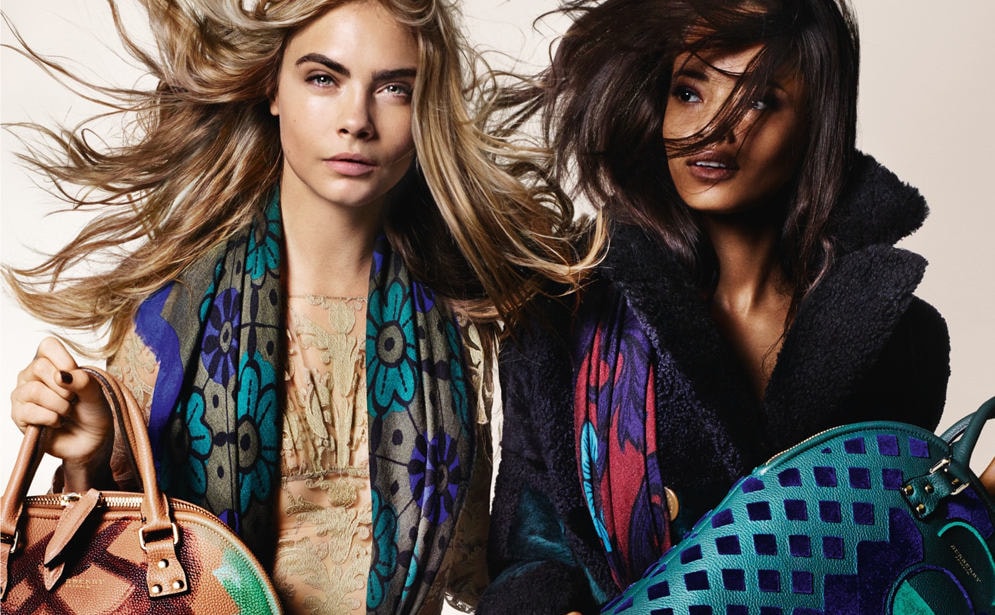 China's not a safe haven for Burberry anymore

As broadly predicted, Burberry´s quarterly results have not been as strong as they once were, in part given the China's luxury market slowdown.

The recent turmoil in China’s stock market is a symptom of the overheated growth that economy has seen in recent years, recalls IG senior analyst Chris Beauchamp. In fact, the quintessentially British fashion retailer has seen its shares fall following its latest trading update, as concerns about a sales flop in Hong Kong become ubiquitous.

Andrew Hall , consultant at Conlumino, points out that “Burberry’s first quarter update, for the three months to June 30 2015, highlights a worrying slowdown in sales growth, off the back of decelerating consumer demand in mainland China, and compounded by conditions in Hong Kong. Innovation, strong brand image and ensuing healthy sales performance have come to be expected from the heritage brand, with Burberry benefiting from strong resonance of ‘British cool’ across luxury markets. As such, this quarter represents a blip in the recent Burberry narrative.”

The British luxury fashion powerhouse was down more than 2 percent or 42 pence to 1578 pence, after its trading update showed a slowdown in quarterly sales and a hit from lower demand for luxury goods in Hong Kong and areas in Asia.

“It is true that the shares have corrected significantly since February, losing 18 percent as of July, 15. However I expect more downside since the latest trading update really provides little in the way of positive catalysts,” writes Oliver Haill for ‘DigitalLook’.

Additionally, Burberry felt the pinch not only due to the Chinese economy’s slowdown but also because of the Greek turmoil, becoming one of the leading fallers on the London Stock Exchange on Wednesday.

The threat of volatile international markets has become a reality, with Burberry suffering a slowdown in Asia-Pacific sales, amid the impact of adverse currency fluctuations, which continue to dampen the retailer’s performance, stresses Hall in a note to investors.

Overall sales at the luxury retailer slowed in the three months to the end of June, rounding its first-quarter growth to 8 percent, compared to growth of 11 percent in the previous three months, due to weaker demand in Asia, the company said on Wednesday.

Sales in Hong Kong and mainland China were weak compared to strong sales in Europe and America, although the company said Japan had seen "exceptional growth, albeit off a small base".

In this regard, chief executive Christopher Bailey explained that "While mindful that the external environment remains challenging, we will continue to focus on growth opportunities across channels, regions and products, with exciting plans for the year ahead."

Despite the struggle in international markets, revenue came in at 407 million pounds in the first quarter of its financial year, ahead of last year´s same quarter´s 370 million pounds. Nevertheless, it was less than analyst forecasts of 414 million pounds.

A number of factors, such as a stuttering economy, and Chinese President Xi Jinping’s crackdown on gift-giving corruption, have undermined consumer demand for luxury goods in the country. This changing consumer demand has led to a faltering of sales for Burberry, particularly in Hong Kong where the sales decline reached double digits, explains Conlumino´s senior analyst.

“As expected, China’s economic slump has resulted in a slowdown for Burberry in the region - and it's not over yet; a clampdown by the Chinese government on luxury gifting could mean even more shoppers turning their backs on the British fashion house," said Darren Hepworth, global trading and customer services director at TD Direct Investing.

“Our own data shows that there has been a slight increase in the number of investors buying Burberry shares since April, indicating that traders have either been holding on to stock and waiting for a recovery or have taken the opportunity to purchase at lower price,” concludes Hepworth.

Despite wider analyst concerns about a Chinese slowdown on Burberry, Goldman Sachs reiterated its 'buy' recommendation on the fashion group and said it expected the shares to re-rate considerably higher, reports ‘DigitalLook’.

"We believe any pressures felt by Burberry in Hong Kong are sector-wide and will be magnified for those who have over-expanded their store bases and elevated price points too far as they reduce exposure to the growing, core middle class (Prada, Tod’s, Gucci),” said the investment bank in a research note.

Goldman Sachs said it saw significant value in Burberry shares on both an absolute and relative basis, as the shares trade its lowest valuations since the financial crisis and the comparison with LVMH is "compelling". "We believe lower price points, a focus on millennials and a well-constructed digital strategy are key to this; from which evidence continues to mount.”