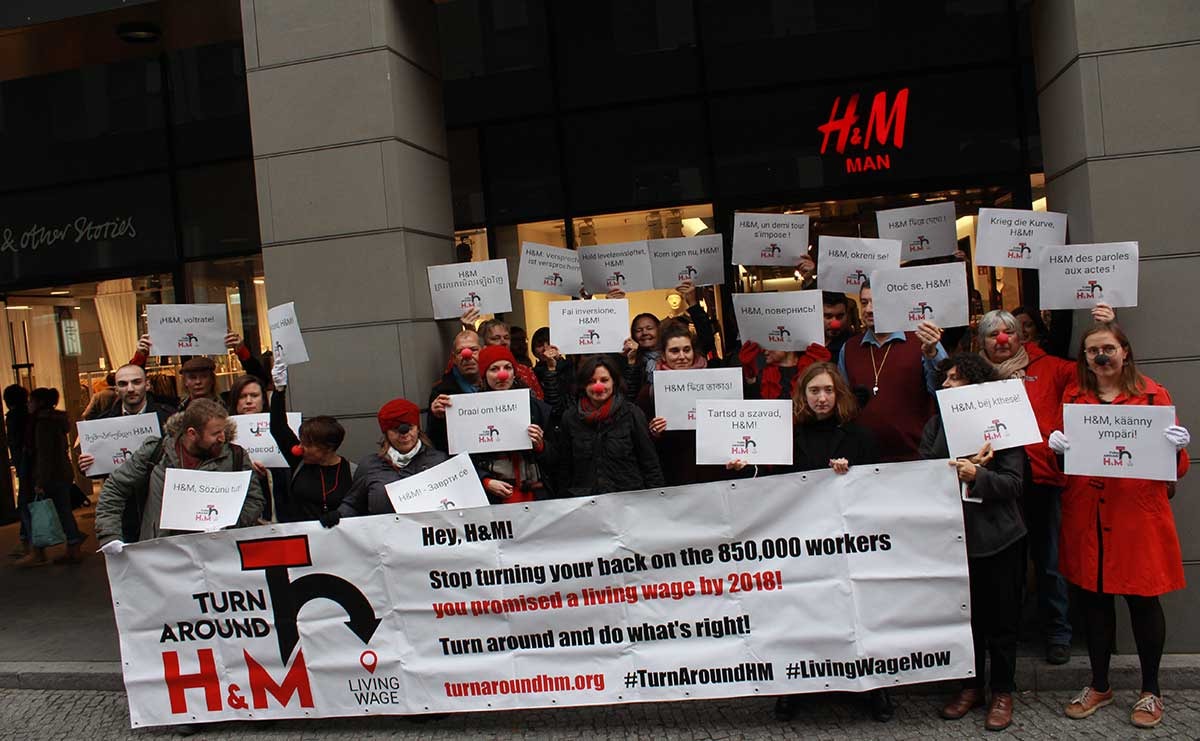 The Clean Clothes Campaign (CCC) has called on H&M and its shareholders to create a living wage fund from the profits of the Swedish fast fashion company. The NGO is also looking to increase appeals to investors in its future campaigning approach.

The CCC has submitted a proposal that H&M stockholders will vote on when they gather for the company’s annual general meeting on Tuesday. The NGO is asking for H&M to set up a fund from all its profits made in 2018. H&M still hasn’t fulfilled its initial commitment to pay its workers a living wage by 2018, which is why the fund is needed, the NGO claims. The fashion company has yet to reply to an email sent by FashionUnited seeking comment.

The proposal, which is part of CCC’s #TurnAroundHM campaign, also marks a step in the NGO’s growing approach to address investors. "Shareholders hold quite a lot of influence in their hands and we have noticed that a lot of the violations we're dealing with are also increasingly a concern to investors,” Neva Nahtigal, campaign strategist and public outreach coordinator at the Clean Clothes Campaign in Amsterdam, told FashionUnited on the phone. "We definitely want to use this case as something we're building on in the future."

The CCC bought five H&M shares in order to submit the proposal - a proposal that the Italian foundation Fondazione Finanza Etica already vowed to vote in support of. Major investors in H&M such as the Persson family, AP4, Alecta, Folksam, Nordea, Storebrand, and Swedbank have also been contacted by CCC regarding its proposal to create a living wage fund.

"The H&M group has since several years had a dialogue Clean Clothes Campaign and even if we share the same end goal; that every garment worker should earn a fair living wage, we disagree on how to best achieve progress," said a spokesperson of the H&M Group by email. H&M will listen to the recommendations of the ILO and the global trade union IndustriALL, she said, as the first steps have been taken towards creating a solid basis for fair pay, with much work still to be done.

While the latest campaign measure by CCC may likely remain just a symbolic act, it nonetheless highlights the growing awareness placed on the role of investors. At the same time, some investors are also increasingly worried about the failure of fashion companies to tackle issues in the supply chain, such as Modern Slavery or working safety, as statements from the Human Corporate Rights Benchmark and the Interfaith Center on Corporate Responsibility have shown.

Note: This story was updated by adding H&M's comment.