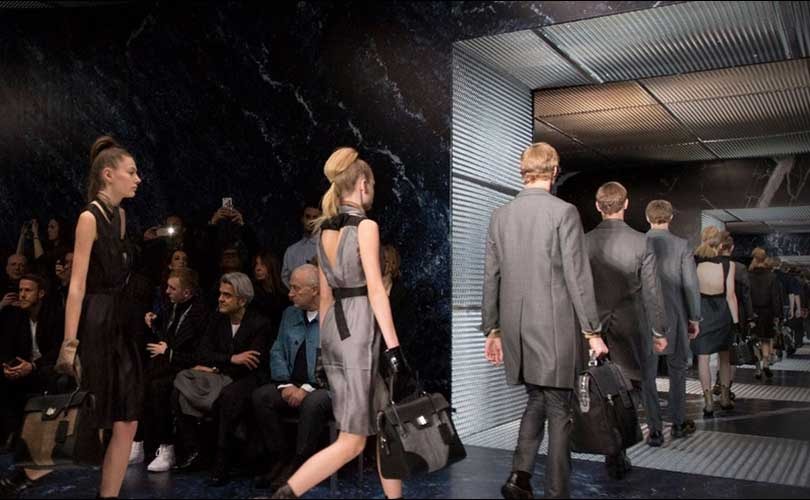 Chinese economy’s slowdown, together with a decreasing spend by wealthy Asian have being the main cause for Prada’s 1 percent drop in annual profits according to the luxury label.

Italian fashion firm Prada SpA said Sunday its sales fell slightly in 2014 compared with the previous year, marking a halt to double-digit growth rates seen in previous years, reported the ‘Wall Street Journal’. Sales for the year to January, 31, 2015 came in at 3.5 billion euros, down 1 percent compared with 2013.

Prada (1913.HK) said its retail sales were broadly unchanged last year at 3 billion euros, despite the 50 new shops added to its commercial network over the past twelve months. Tjis figure falls short of a forecast of 3.57 billion euros from top-rated analysts, according to Thomson Reuters SmartEstimate.

Slowdown in Asian economies takes its toll on Prada

Meanwhile, the brand’s sales in the Asia-Pacific region fell 7 percent compared with the previous year, affected by weakness in Hong Kong and Macau, where performance deteriorated significantly in the second half of the year, the Hong Kong-listed company said.

As highlighted by Barron’s Blog, Greater China was the main drag. Asia Pacific sales were down 5 percent from 2013, primarily in Hong Kong and Macau, said Prada in a press release. The luxury goods company also blamed the late timing of the Chinese New Year. In fact, Barclays estimates fourth-quarter sales in Hong Kong and Macau declined by 15-20 percent from a year ago.

Prada said its retail sales were broadly unchanged last year at 3 billion euros, even though it opened more than 50 new shops in the course of 2014.

The group's growth in the American, Middle-East and Japanese markets - where sales rose 7 percent, 9 percent and 13 percent, respectively - wasn't enough to offset the decline in Asia.

Prada's Chief Executive Patrizio Bertelli explained in a statement that the company's stalled growth was the result of a more-complex-than-thought geopolitical and monetary environment but added that this won't affect the company's medium- and long-term targets.

European sales were down slightly as fewer tourist visitors and weak domestic demand weighed on the company's performance.

In this sense, consultancy firm Global Blue highlights that “in Europe, where tourist spending can account for over half of sales at luxury brands like Cartier in cities such as Paris, London and Milan, total tourist spending fell 1.5 percent in January.”

Prada's namesake brand, which accounts for more than 80 percent of overall revenue, felt the pain seeing how its sales fall nearly 2 percent on the year compared with a 32 percent rise in 2013.

On a more positive note, sales at Miu Miu rose 4 percent, increasing in all markets except Europe, the company said.