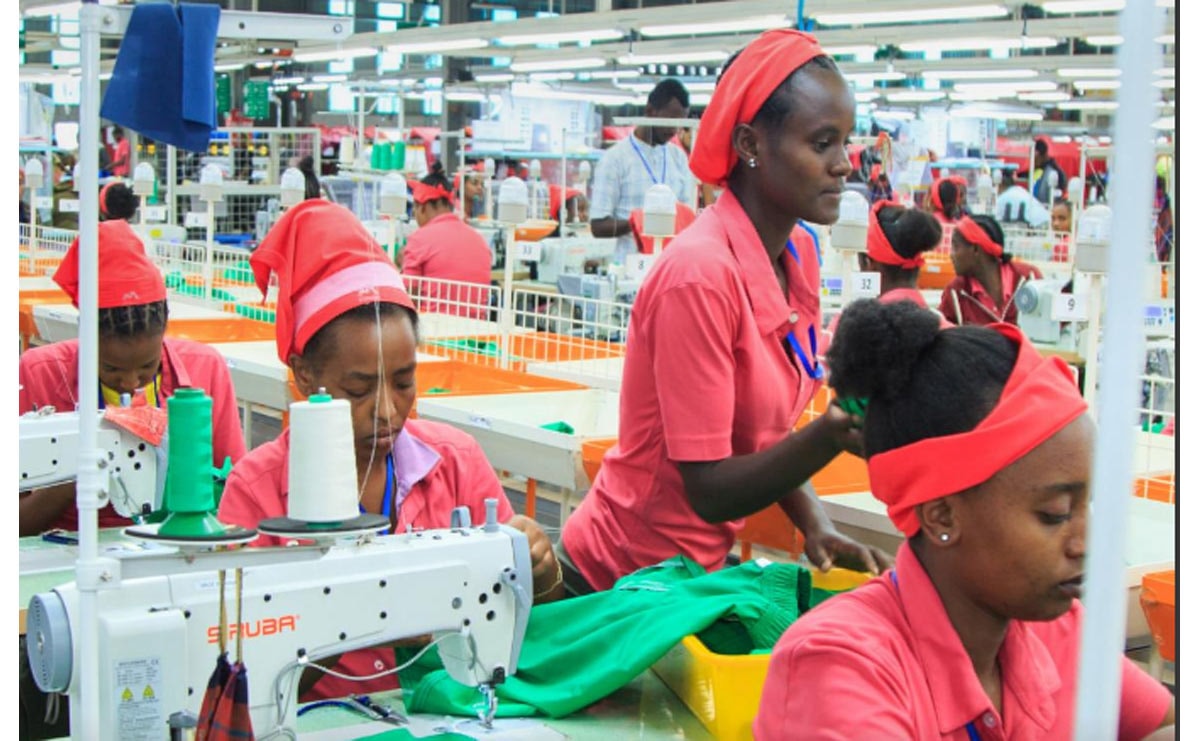 With newly built industrial parks and a range of financial incentives, Ethiopia is working hard to become the world’s next garment exporter. “We will make Ethiopia the leading manufacturing hub in Africa”, Dr. Arkebe Oqubay, Special Economic Adviser to the country’s Prime Minister, recently said. The efforts seem to be bearing fruit, as companies like PVH Corporation, Gap, J.C. Penney, Hanes and H&M are manufacturing clothes there.

However, a new study by Paul Barrett, Deputy Director of the NYU Stern Center for Business and Human Rights, shows there is a dark side to Ethiopia’s growth: since the country doesn’t have a mandatory minimum wage for the private sector, Ethiopian garment factory workers are paid extremely low salaries. Entry-level workers are paid an average of 26 US dollars a month, which is only 40 percent of the average per capita income in the country -- far from enough to cover basic needs like food, housing and transportation. 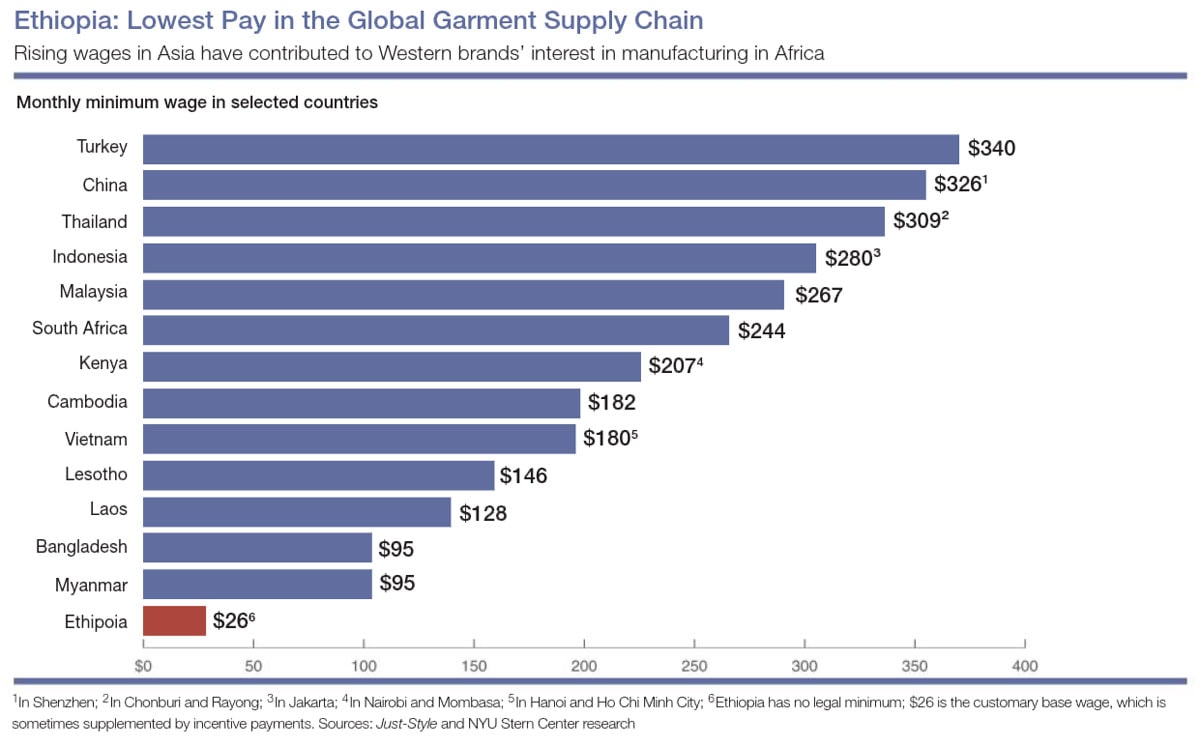 Titled “Made in Ethiopia: Challenges in the Garment Industry’s New Frontier”, the report is based on visits to several factories at Hawassa’s Industrial Park, located 140 miles from the capital Addis Ababa. Inaugurated in 2017, the space is one of five industrial parks inaugurated by the Ethiopian government since 2014. It currently hosts nearly 25,000 employees and is expected to grow to 60,000. A total of 30 industrial parks were promised by 2025.

“The eagerness to please [foreign fashion companies] has led to miscalculations”, says the report. “The main error the government made was to assure Asian suppliers and Western buyers that Ethiopian sewing-machine operators would contentedly accept extremely low base pay”. As a result, not only are Ethiopian garment factory workers less productive, they are also going on strike. “Productivity in the Hawassa factories generally is low; attrition, high”.

Given relatively little training (sometimes as short as two weeks), many workers come from rural areas and are therefore unfamiliar with industrial custom. Many workers don’t understand why they would be disciplined for lateness, absenteeism, or chatting with workstation neighbors, according to the report. “You cannot have skilled labor with two weeks training. You need long-term plans to succeed in Ethiopia”, said Anas Tazi, Ethiopian Country Manager for Decathlon, as quoted by the study.

On average, factories are replacing all of their workers every 12 months, which increases costs and pushes down efficiency rates. Even though Bangladeshi garment factory workers are paid more than Ethiopians, it costs more to make a basic T-shirt in Hawassa. 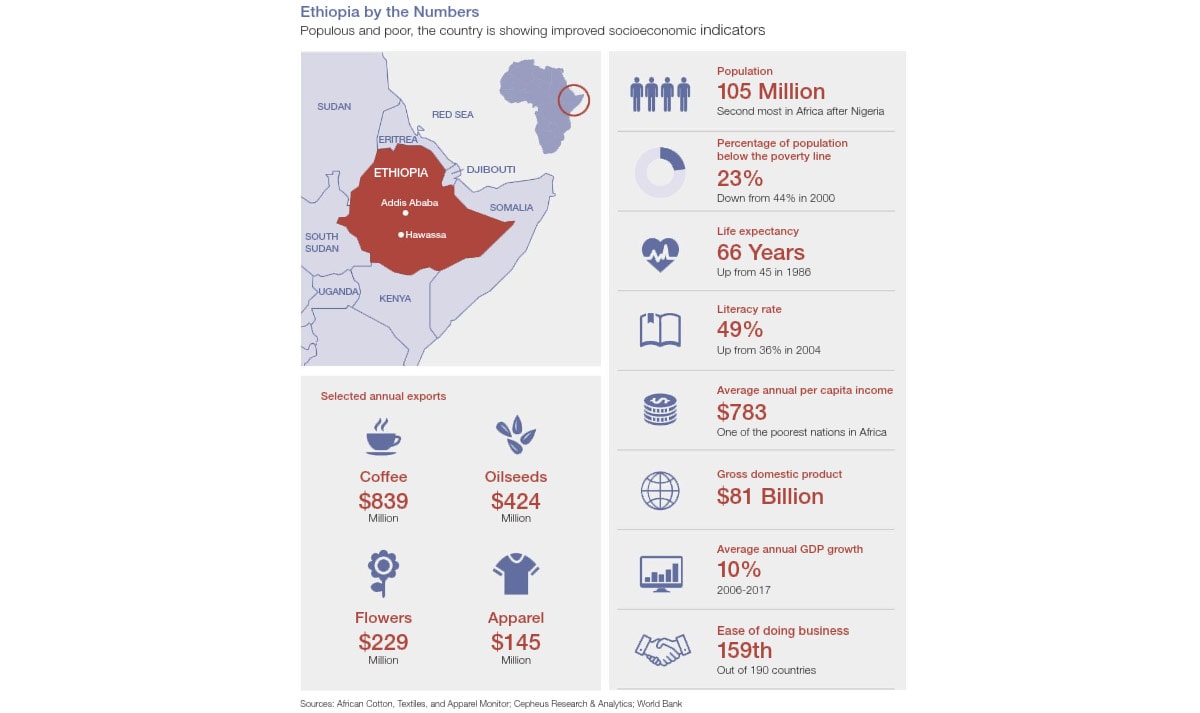 To solve the problem, Barrett has a series of recommendations for the Ethiopian government and for the apparel companies working in the country. The government should start by establishing a minimum wage that ensures decent living conditions, which should be done gradually in order not to drive foreign manufacturers away. Crafting and implementing a long-term economic plan to strengthen the apparel industry should come next. The plan must envision the development of a domestic supply chain, as well as shoring up industrial parks, and diversifying into other sectors. As for foreign manufacturers and brands, they should provide extensive training on both hard and soft skills, promote Ethiopians more quickly into middle-management roles and support the unionizing of garment factory workers.

Images: Courtesy of NYU Stern Center for Business and Human Rights, screenshots “Made in Ethiopia: Challenges in the Garment Industry’s New Frontier”