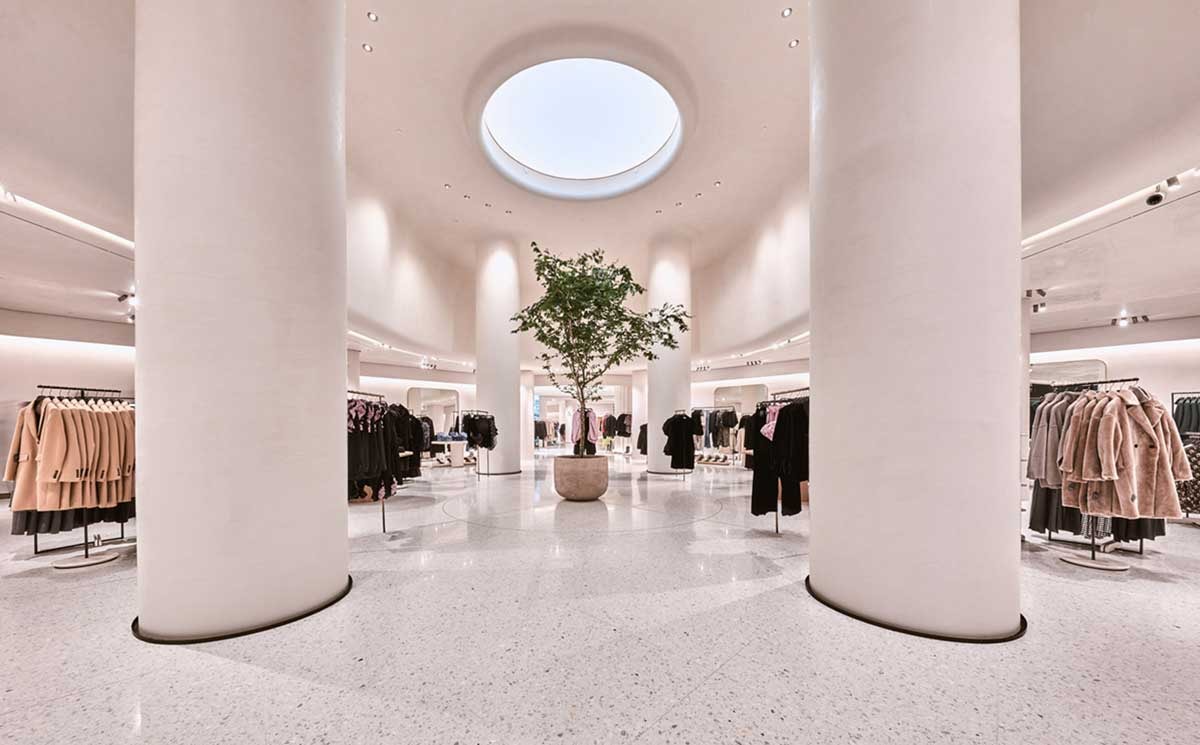 Madrid - The Spanish company Inditex, considered one of the world's leading fashion group, has just announced its results for the third quarter of its current fiscal year. This is the period during which the company has continued to increase its sales, accumulating to date a growth of 7.5 percent during the first nine months of its 2019 fiscal year. A considerable increase that places the volume of its sales at 19,820 million euros, compared to 18,437 million obtained during the same period in 2018.

Among the keys that the company points out as being responsible for the positive results are the good positive reaction that its collections are receiving, the strong management of its inventory, the coordination of all its business units and the good results of its strategies in omnicanality. The latter measure has become one of the group's main commitments to strengthen the growth of its brands, thanks to measures such as the implementation of unique shopping experiences aimed at the customer, through technological tools that allow full commercial integration. Or the commitment to optimise its commercial surface, opting for spaces located in the main commercial arteries, "of the highest quality, larger and more integrated".

In the words of Pablo Isla, president of Inditex in a statement, the success of the company lies in "the solidity of the growth of the integrated model of stores and online". A system that has been "sustained over time thanks to a constant selection of the best quality in locations, spaces, products and services, through the necessary investments in technology and sustainability".

A whole series of strategies that have allowed the group to increase its gross margin by 8 percent and its Ebitda by 45 percent, to 5,702 million euros. With all this, its net profit increased by 12 percent to 2,720 million euros. These values lead management to estimate that the group's comparable sales for the whole year will end with a growth of between 4 and 6 percent.

Throughout these last 9 months of the year, the Spanish company has continued to focus all its efforts on the key pillars that are driving its growth.

Thus, among the most outstanding aspects that have occurred during this period, the continuous rate of expansion of its platform for the integration of stores and online, a channel in which all the chains of the group now have their global store with which they serve more than 200 markets, is pointed out by the group. At the same time, the spaces that make up the network of stores of all its brands have continued to be opened, expanded or renewed, measures that have led Inditex to close this quarter with 66 more stores than the previous quarter, reaching the number of 7,486 stores. Among them, the openings and reopenings of important establishments such as the flagship stores of Zara in Preciados (Madrid) or the Paseo de Gracia (Barcelona), those of Uterqüe in Kuait and Mexico or the Bershka in the Rue Neuve in Brussels; and to which were added the events in major shopping centres such as the IFC Mall in Hong Kong, the Salaris in Moscow or the City Centre Almaza in Cairo.

More sustainability and better use of energy and raw materials

Sustainability has also become another of the fields in which the group has sought to introduce important advances.

Under this principle, all the different Inditex brands have continued to introduce the "Join Life" label. This motto encompasses all garments made from raw materials and sustainable production processes, including collections such as the one launched just a few days ago by Zara; the first in the chain made from recycled polyester obtained from plastics recovered from natural environments. Along these lines, the company expects to market up to 20 percent of Zara's garments in this category this year, and raise it to 25 percent in 2020.

This measure, together with the group's ongoing commitment to the use of renewable energies, will be added to all the sustainability initiatives being developed by Inditex. With this objective, as the Island itself stated during its participation in the New Economy Forum in Beijing, "to contribute to a more sustainable world through the efficient use of resources throughout our value chain, mainly raw materials and energy".

This article was originally published on FashionUnited.ES