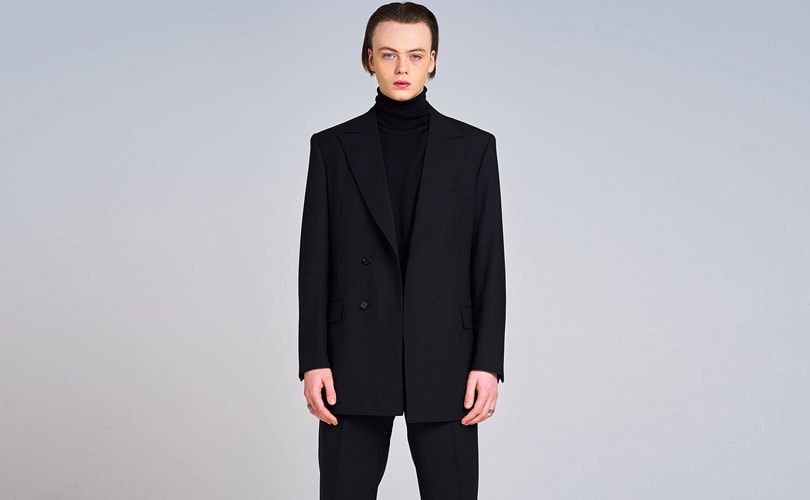 Is threat of a recession driving designers to go more minimalist?

Maximalism has been trending for close to a decade now. In 2010 as the world began to pull itself out of the worst global economic crisis since the Great Recession, designers began returning to a maximalist aesthetic. Embellishments, bright colors, patterns, and the idea of wealth was celebrated again. Then along came Alessandro Michele at Gucci, and voilá, maximalism was in full effect and in demand. Although brands, like the aforementioned Gucci, are keeping the maximalist movement going straight the recent Fashion Month runways took a turn toward minimalism.

The trend was first noticed at the men's European shows in January, where designers took a darker, more muted tone toward their collections. Designers from Alyx to Ermenegildo Zegna were heavy on the neutral colors, and collections were more subdued than they had been in past seasons.

While all trends come and go, recall that during the peak of the economic crisis between 2007 and 2008, black, white, grey, and navy dominated the Fashion Month runways more than ever. In June 2019, a handful of economists surveyed by the Wall Street Journal predicted that economic expansion would end in 2020, meaning that private-sector economists see a recession happening within the next two years. 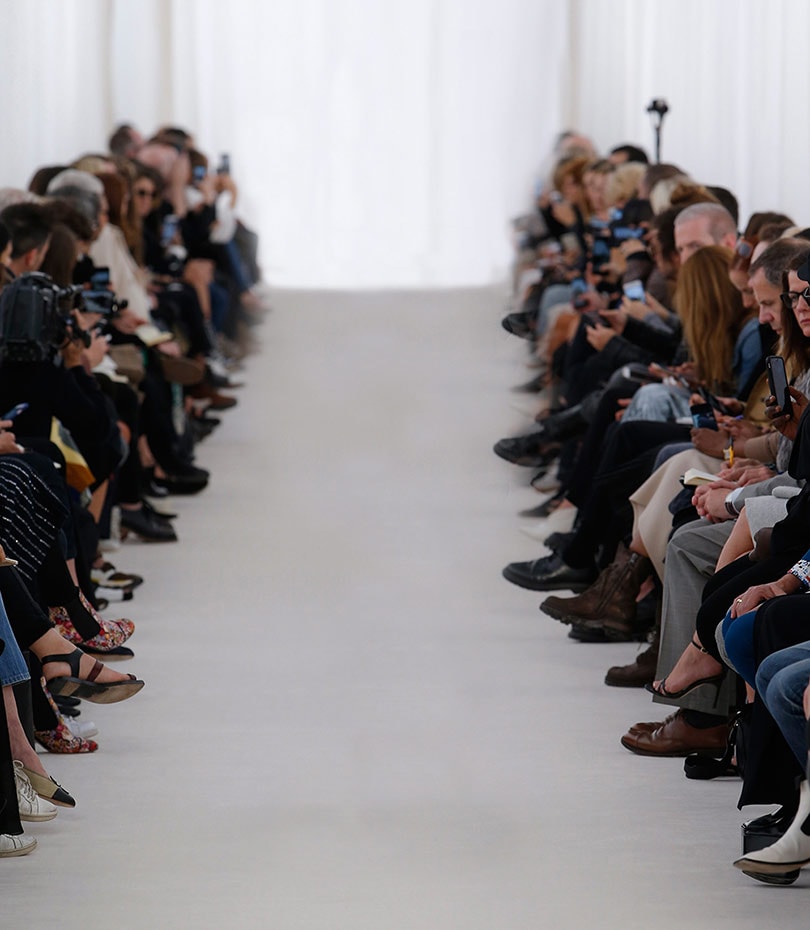 Although the unemployment rate is currently at 3.8 percent and the Dow Jones Industrial Index is above 26,000 points, between the ongoing trade battle with China, the recent government shutdown, and Donald Trump threatening to close the Mexican border, which would cost the U.S. a loss of hundreds of millions of dollars a day (although he later backtracked on that), America's moment of economic prosperity could be put to a halt.

Brick-and-mortar stores are already struggling with stores like Victoria's Secret and Abercrombie & Fitch already planning to close dozens of stores this year. Department store orders also aren't what they used to be, with buyers doing tighter, more curated edits for the sales floor and online. This has led to designers being more cautious about their approach to trends and design as buyers look for things that will sell easily.

Coming out of the 2008 recession, the Fashion Month runways became filled with bright colors, bold patterns, embellishments, and appliqués. Fashion could finally make a statement again after years of designers being cautious of doing understated things that were approachable and could sell. Eventually, logomania also came back into full effect.

Brands like Balenciaga, Fendi, and Gucci began emblazoning their logos on merchandise ranging from ready-to-wear to handbags because the culture of flaunting your wealth was no longer taboo. It was okay to let people know who you were wearing and where you were shopping without them even asking, a practice that had fallen out of favor as Americans were losing their jobs and savings accounts left and right. With the job market and the stock market booming again, fashion was back, bigger, and more luxe than ever.

Even on the heels of the election of Donald Trump, designers actually used it as an opportunity to go more maximalist in resistance to the darker more negative times we have been living in. However, as Trump has worked to restrict immigration and crackdown on undocumented immigrants, which many sectors of the U.S. economy, like agriculture and construction, are dependent on, economists are very cautious about how this will affect the markets and economic growth. Retail spending declines during periods of economic instability, and the end goal of fashion is to sell clothes, making designers more cautious in their design approaches.

Yes, there's still the maximalist brands like Gucci and the logo heavy sweaters that are must-haves at Balenciaga right now, but looking at some of the faster growing brands right now, particular men's brands, they have a more minimalist DNA. Alexandre Mattiussi's AMI and Amiri are two brands that have been surging in popularity and make heavy use of neutral colors. Amiri's most recent fall/winter runway show was practically an homage to black. Over here in New York City, menswear designers, like David Hart, who were notorious for their use of color, showed an entire collection of neutrals this past February. 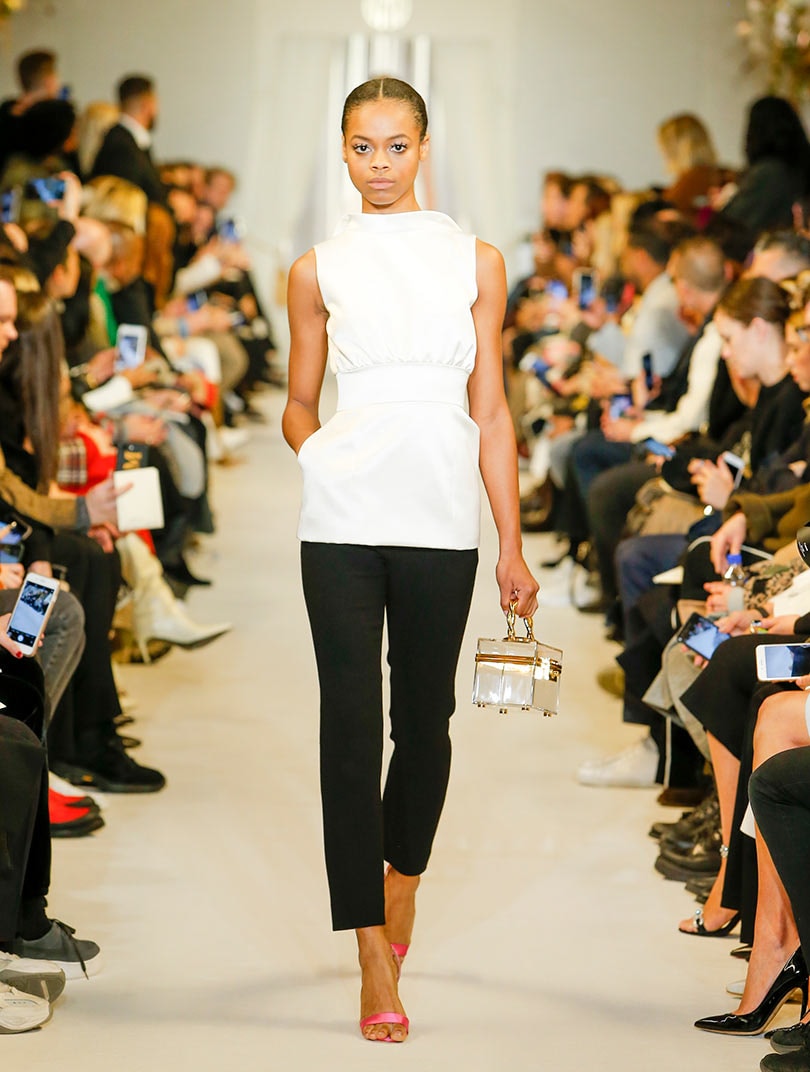 All trends must come and go, and maximalism's time to lay dorment for another decade or two will come eventually, but it's not just a matter of coincidence that designers are opting to go minimalist now, particularly in New York and Britain, the former clueless as to if or when one of Trump's economic policies could start to send the country into a tailspin, and the latter in the middle of Brexit, whose means to an end have continuously failed under Prime Minister Theresa May.

In March, the guardian reported that the UK was suffering retail sales as the country faces uncertainty over Brexit. Despite an improving look for household finances and fading levels of inflation, shoppers were reluctant to make big purchases out of fear that their country could be thrown into economic turmoil once they left the EU. The Guardian reported that high street sales have dropped 0.4 percent over the three months to February.

Over here in America with retail stores closing, and the retail sector being one of the largest job sectors in the U.S., communities who relied heavily on jobs coming from stores like Sears now face a rise in unemployment numbers. While the U.S. economy and other job sectors are seeing growth, a hit to one of America's largest job sectors will soon start to see some longer term effects.

Here it is as the runways brace themselves, beginning to play it safe once more. A return to the sporty styles and the minimalism of the end of the first decade of the '00s can be expected these coming Fashion Months. The political instability of the U.S. and Britain stands a chance at turning the fashion industry on its heads, and it's something that will be watched closely by everyone from designers to department store CEOs.