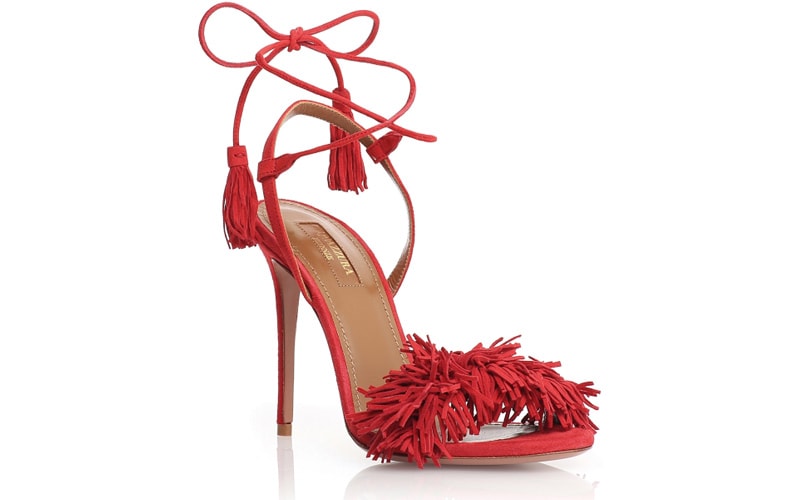 Edgardo Osorio catapulted himself to fame with his Wild Thing Sandal for Aquazurra. The shoe features a stiletto heel, frills and a tassle. At a price point of 785 dollars, it's considered a must-have shoe, and is very popular among the celebrity crowd.

Osorio prizes his design so much, that of course he would take notice if anything similar were to hit the market, which it did when Ivanka Trump's eponymous fashion brand made a similar item at the price of 65 dollars.

Deciding to take the legal route with other brands that have copied his design, Osorio has filed multiple lawsuits over the sandal. While many brands have near identical styles, from small companies to major ones, Osorio specifically went after the larger companies copying his design, which aside from Ivanka Trump, also include Steve Madden and Marc Fisher.

Aquazurra and Ivanka Trump in the midst of copyright case

A cease-and-desist letter was sent to Trump regarding the shoe design.

“Based on Aquazzura’s prior dealings with your client’s company, and on the obvious and purposeful copying of our client’s shoe, we anticipate that you will challenge Aquazzura’s rights in its design, maintaining that the designs lack secondary meaning, and that your client is therefore free to knock them off with impunity,” the letter said, citing some of the elements of infringement.

The letter also included a list of demands requiring the removal of all pictures of the sandal in question from Ivanka Trump's website and social media, no more advertising the shoe, destroying all existing pairs, disclosing their manufacturer, handing over profits from sales of the offending shoe, and “agree in writing under oath not to offer for sale any knock-off” again. Trump was given a week to comply with these demands, and when she didn't, she was sued along with Marc Fisher.

In a complaint filed in Manhattan federal court in June 2016, Trump was accused of infringement, unfair competition and deceptive trade.

It has been reported by Business of Fashion the two sides are currently in settlement talks, with no further information disclosed.

Copyright and trademark law is a very complicated area in the fashion industry. Lawsuits are all too common, but copyright laws typically don't cover practical things like clothing. In the case of copied creative design, such as what Aquazurra is alleging, they would have to prove the design is so original it hasn't been done before. There also needs to be proof that Ivanka Trump's knockoff are effecting their profits, which the target customer for Ivanka Trump is typically not a woman buying high-fashion heels at 785 dollars a pop.

FashionUnited will continue to follow this story as it evolves. photo: via Aquazurra.com
ivanka trump Aquazurra