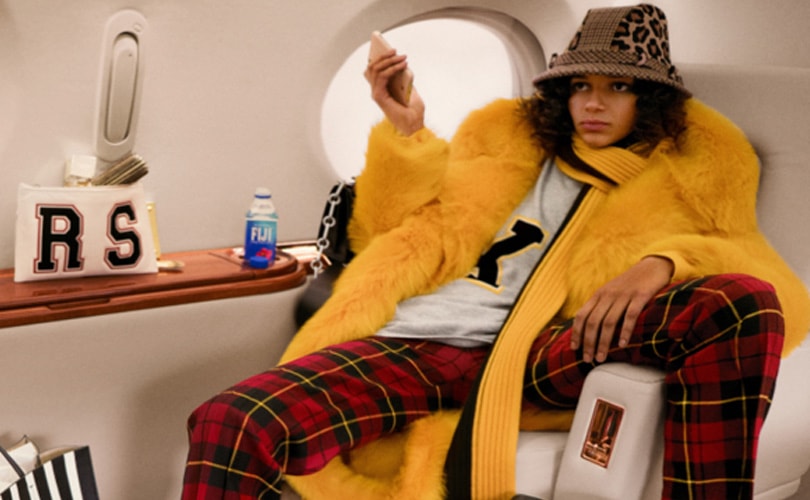 Michael Kors might be a billion dollar business, but he's continuing his race further to the top by targeting Chinese tourists. The designer and business mogul is using WeChat, a popular app across China, to market towards Chinese shoppers coming to the U.S.

So far, it has worked to drive sales. Beginning in 2017, Kors began investing in multiple, multi-step WeChat campaigns to get Chinese tourists into his stores in the U.S. during peak travel times as reported by Glossy. This includes Golden Week in October and Lunar New Year in February.

While the Chinese consumer residing or traveling outside of China have long been a difficult marketing target for luxury brands, brand's have realized they can no longer afford to ignore this important demographic in their quest for business growth. Michael Kors has directed campaigns at Chinese tourists traveling to both the U.S. and Canada through a series of ads running on WeChat's social feed. In addition, during his spring/summer 2019 runway show, Kors also brought his global brand ambassador, Chinese actress Yang Mi to sit front row at his runway show. Michael Kors organized a 90-minute fan meet-up event at its flagship store at Rockefeller Center in New York on September 11. According to Jing Daily, the event attracted more than 700 visitors, with a lot of them purchasing products in exchange for a chance to interact with Yang.

Also as reported by Jing Daily, Michael Kors promoted the event on numerous social media channels that overseas Chinese residents usually use, including Facebook, Weibo, and WeChat, in the days leading up to Yang’s appearance. Additionally, Michael Kors worked directly with several Chinese student groups and university associations in New York to promote the event. These Chinese students organically spread the word on WeChat by sharing the event flyer in chat groups.

As reported by Glossy, a second series of ads targeting Chinese consumers were during their vacation moments in the U.S. and Canada were released on WeChat's Moments. According to Poshu Yeung, vice president of Tencent International Business Group, Michael Kors saw a 935 percent return on ad spend for the two campaigns running in October 2017 and February 2018.

“We see continued strength in the China marketplace, and we see [Chinese consumers] domestically as being very, very strong,” said Michael Kors CEO John D. Idol, during the earnings call. “And we’ve always been of the point of view that we’re very comfortable working with our clients, whether in their home markets or whether they’re abroad.”