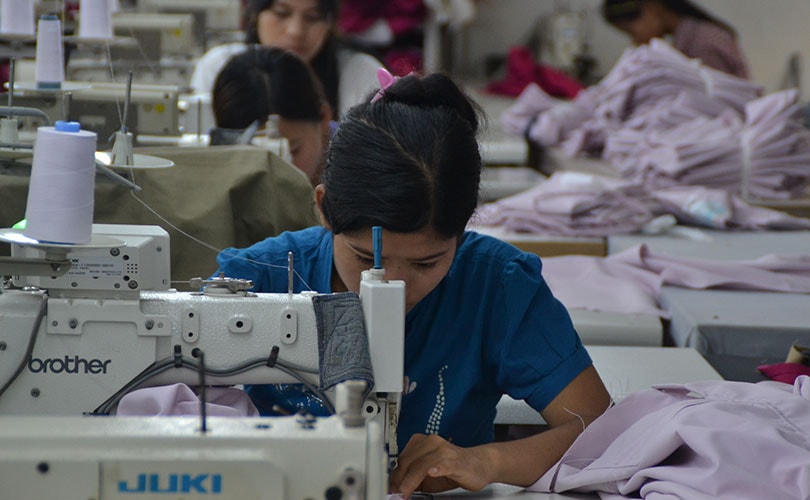 Rather than readymade garments, Myanmar's apparel industry is known for its cut-make-pack (CMP) systems or contracts, meaning the garments are cut according to the international buyer's specifications, sewn onsite and then packed, ready for export. The importance by country remains the same this year as well: Around 33 percent of the country's CMP products are exported to Japan; 25 percent each to the EU and South Korea, and 2.4 percent each to the US and China according the Myanmar Garment Manufacturers Association (MGMA).

Myanmar's CMP system has been practiced by its garment industry for the last 20 years and includes the manufacturing of shoes, garment and bags. The country's apparel industry consists of 400 garment factories employing around 400,000 workers. Most of them have yet to adopt complete manufacturing from start to finish.

Myanmar's garment industry has been repeatedly in the news over accusations of child labour and low wages. One factory reportedly employing 14-year-olds is said to operate for H&M. After wages rose at home, China keeps eyeing Myanmar as a low-cost garment hub. Given incentives such as the world's lowest wages, government policies furthering foreign direct investment (FDI), easing or elimination of economic sanctions by other countries, industry experts believe that Myanmar could more than double its garment export volume to 4 billion US dollars by 2020.