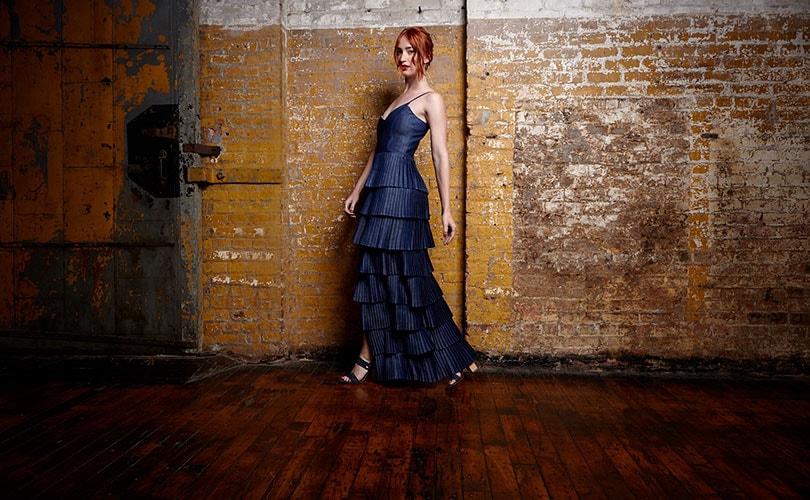 ​Pushing sustainability: Lenzing to use more textile waste in its products

With an ever-increasing consumer demand for more sustainable products, the fashion industry is facing mounting pressure to become a more circular economy, with waste reduction a key concern for many brands. The annual production of apparel has doubled since the turn of the century, but the share of reused fabrics is still very low. Austrian fibre producer Lenzing wants to change that, as the company sets out its plans to increase the amount of recycled textile waste in its products.

Lenzing blends cotton scraps and wood pulp to lyocell fibres using Refibra technology, which fashion brands from Australia’s Country Road to US brand Patagonia have started to use in their garments. Introduced in February 2017, TencelxRefibra is a material made up of 20 percent cotton scraps that are produced during textile manufacturing - also referred to as post-industrial waste. Lenzing’s goal is to increase that to 30 percent in 2019, according to project manager Hale Bahar Öztürk, who FashionUnited spoke to at the Kingpins denim fair in Amsterdam.

With the rise of fast fashion retailers, the amount of apparel produced doubled annually since 2000 and exceeded 100 billion for the first time in 2014, according to consulting company McKinsey. While the amount of garments bought and discarded surged, less than one percent of materials used to produce clothing is recycled into new clothing, according to a report by the Ellen MacArthur Foundation in 2017.

The limits of a circular fashion industry

The manufacturing of fabrics has come under close scrutiny in recent years, and denim, traditionally produced from 100 percent cotton, has also been in the spotlight. In its production, cotton is one of the most water-intensive raw materials used in the textile industry. Lyocell offers an alternative: The cellulosic fibre is made from trees and doesn’t require additional water to grow as cotton does. But costs and technology are still limiting the use of more cotton waste in lyocell and also the move to a circular fashion industry.

“It is difficult because cotton has a higher degree of polymerisation than wood, this means you have to process it more to arrive at this fibre”, Öztürk said. “You’re taking more time, more pressure, more heat.”

The fabric leftovers need to be bleached and dissolved to pulp before they’re combined with the pulp from wood chips. While Lenzing strives to add more textile waste to its TencelxRefibra fibres in the future, in order to maintain the current quality, it would be difficult to use more than 30 percent of cotton scraps, according to the fibre maker.

The recent years have seen an increasing number of denim companies and manufacturers using recycling to increase sustainability. In 2016, Dutch denim brand G-Star Raw collaborated with Circle Economy, a social enterprise that aims to accelerate transition to circularity, to recycle returned products by customers into a new denim fabric. Denim returned by customers was cleaned, recycled, and spun into yarn, then added to virgin materials to produce new fabrics. While G-Star used post-manufactured denim and Lenzing is using cotton scraps, both concluded that a maximum of 30 percent of recycled content can be used in new yarn or fibres, in order to retain the needed strength for weaving and finishing. Lenzing also wants to move into using post consumer waste in the long-term.

This story was written with the assistance of Weixin Zha.