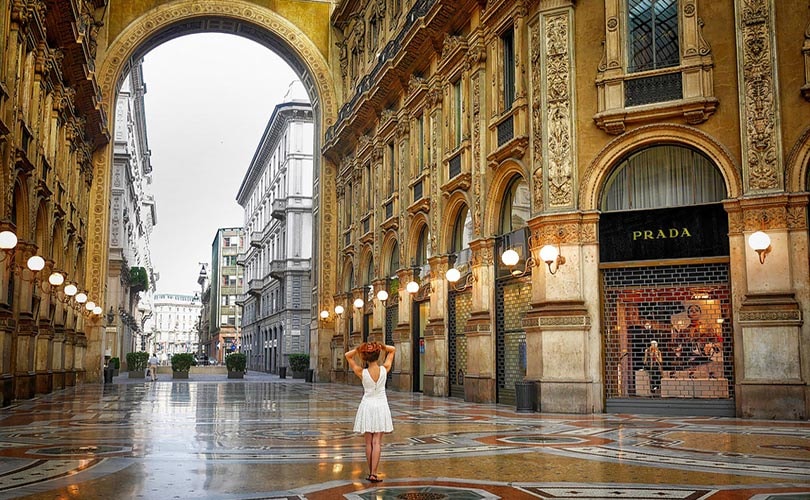 Sales, employment and profits growing in the Italian fashion sector

Italy is long renowned for the quality of its craftsmanship, especially when it comes to clothing and leather goods. As a result, one third of European fashion giants either is Italian or operates in Italy. But how are those companies doing? To find that out, local investment bank Mediobanca analyzed the financial results of 163 fashion companies operating in Italy with a turnover of at least 100 million euros in 2017, throughout five years (2013-2017).

Luxottica, Safilo Group, Benetton, LVMH, Kering, Hermès, H&M and Adidas are just some of the manufacturing and retail companies analyzed by Mediobanca. FashionUnited shares the bank's main findings below.

The period between 2013 and 2017 was excellent for fashion companies operating in Italy, as they saw their sales grow by 28.9 percent. Consequently, the fashion industry has become even more important for Italy's economy: the sector accounted for 1.3 percent of the GDP in 2017, compared 1.1 percent in 2013. Clothing is the most important category (40.5 percent of total revenues), followed by leather goods (20.9 percent) and eyewear (16.2 percent). A third of sales were made by companies controlled by foreign groups, especially from France (12,4 percent), where luxury conglomerates LVMH (4,8 percent) and Kering (4,3 percent) are from.

Employment increasing as a result from performance

The aforementioned results have caused employment rates in the Italian fashion industry to grow by 19.7 percent. Fashion employs almost 363,000 people in the country, of which nearly 60,000 are new staff hired between 2013 and 2017. Distribution is the segment with the most hires in the period (up 26,8 percent), followed by leather goods (26, 7 percent growth) and clothing (up 22, 4 percent).

Cumulative net profits earned by the 163 fashion companies analyzed by Mediobanca totalled 15.8 billion euros in 2013-2017, which means they had a consistent growth over the period. Net profits now correspond to a higher percentage of sales (from 4,2 percent in 2013 to 5,3 percent in 2017) due to a reduction in the tax rate from 41 percent to 25 percent.