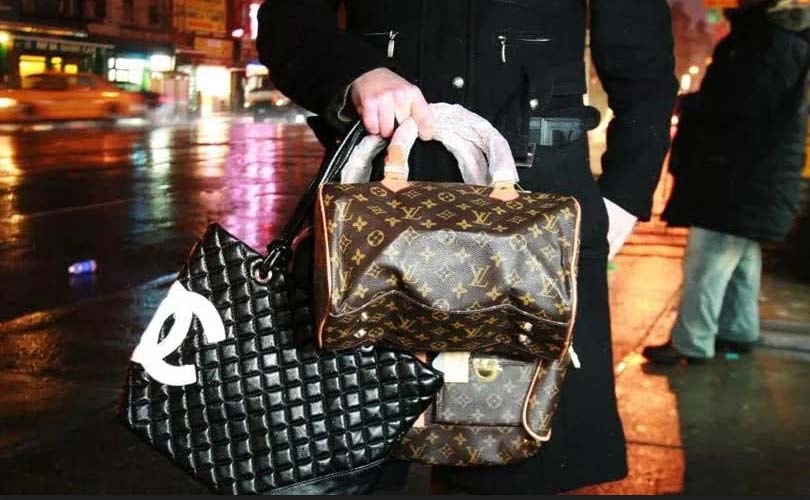 On July 12, 2019, Chanel filed a lawsuit in the United States naming multiple domains for infringement of its trademark and offering counterfeit products. The domains named in the suit are 8replicachanel.com, buyreplicasonline.com, and shoppinghandbags.top. Chanel asserts that their business suffers “daily and sustained abuse of its trademark rights at the hands of counterfeiters” and requests the court to cancel the domains and compensate Chanel for the loss of profits resulting from the infringing activity. This suit is one of many examples of the growing trend of popular internet platforms selling and advertising counterfeit products.

Counterfeit Issues Affecting Fashion Retailers A recent study showed that there was a 160% growth in the number of accounts selling counterfeit goods on Instagram since 2016.For example, this study showed that nearly 20% of all posts related to fashion products on Instagram feature counterfeit products. According to the 2018 Global Brand Counterfeiting Report, luxury fashion brands such as Chanel and Gucci lose about $30.3 billion worth of sales to counterfeit products alone. The counterfeit accounts are becoming more numerous and are becoming more active by publishing 65 million posts in 2019. Researchers have concluded that for each luxury brand’s hashtags about 15% of the posts were generated by accounts dedicated to counterfeiting activities.

With the rise of such activity, trademark counterfeiting is becoming a major concern to fashion retailers. This spike may be even more pronounced because in March 2019, Instagram announced that it would introduce a shopping feature that allows Instagram users to shop directly from the app. This new feature would increase the counterfeiting activities by several folds and enable more counterfeit products to be sold causing significant financial loss to branded product manufacturers.

What can Fashion Retailers Do?

One avenue for retailers facing this issue is to take legal action for trademark infringement. Trademark counterfeiting is a common type of trademark infringement. In the United States, both federal and state law establish the standards for trademark registrations and infringement. Under the federal Lanham Act, infringement of a registered mark includes the use of “any reproduction, counterfeit, copy or colorable imitation” in order to sell or advertise goods or services, and which “is likely to cause confusion, or cause mistake, or to deceive.” 15 U.S.C. § 1114(1).

Several elements are required to establish trademark counterfeiting under the federal law in the United States. First, for a product to be considered a counterfeit it must include another party’s federally registered mark or one that is very similar to another party’s mark. Second, the counterfeiter must knowingly and deliberately use the mark without the authorization from the registrant to do so. Third, the counterfeit mark must be used by the infringer in the sale, distribution or advertising of services or goods that are similar to the services or goods that are covered by the fashion brand’s trademark registration.

Typically, the commission typically names OUII, an independent litigant representing the public interest, as a party to investigations. Shortly thereafter, one of the ITC’s six administrative law judges (ALJ) will be assigned to the investigation and the assigned ALJ will conduct an evidentiary hearing approximately 8-9 months after an investigation commences. Some examples of remedies offered by this agency are exclusion of infringing imports; and cease and desist orders that prohibit respondents from engaging in commercial activities related to the infringing articles.

For its part, Instagram states that they are working closely with law enforcement to track down counterfeiters and remove such content. The company stated that it is investing in a program that allows intellectual property rights owners or authorized representatives of brands to report counterfeit content for takedown. Following this lead, it is important for brand owners to be vigilant. They should monitor myriad online platforms for illegal activities, report infringing activities to the appropriate platform to remove such content, and consider taking legal action to protect their intellectual property rights and revenue.

Written by David Ervin and Siri Rao from Crowell & Moring LLP, an international law firm with a fashion law practice representing clients across the United States as well as in Europe. Crowell & Moring assists clients in the fashion industry with a variety of legal issues, including intellectual property and trade law. They regularly advise on the valuation and exploitation of IP rights, assist clients with filing applications for trademark, design patents, and copyright, as well as litigating and enforcing such rights.