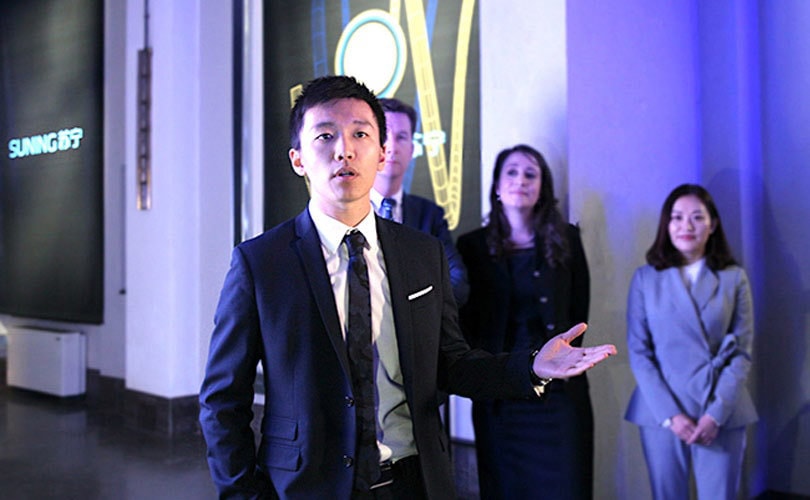 In the past, western economies viewed China primarily as a country of production. The fashion industry, in particular, has exported the majority of its manufacturing to China,because of its relaxed environmental and social standards, and low wages. Over the years however, China has evolved from Asia’s poorhouse into one of the most prosperous countries in the world with a steadily growing middle class acting as a guarantee for trade turnover and imported goods.

Witnessing this development, large online retailers like Alibaba and Suning are slowly emerging as global players advancing China’s transformation from a sourcing to consumer nation while simultaneously generating sales increases at reliable rates. Europe already lost its appeal as a promising sales market for this companies a long time ago. On the flip side, Europe is becoming more relevant for a steadily increasing number of Chinese companies for one particular reason - a manufacturing hub.

The Suning Holdings Group, one of China's largest commercial businesses, recently published a new strategy aimed at boosting the sales and distribution of quality European products in China, creating access for Europe’s producers to the Asian market. Fashion, furniture and designer products are especially popular at Suning, motivating them to launch a new concept store for European goods, Jiwu.

The Chinese word Jiwu means ”Ultimate Creation“ and the plan is to establish it in China as a large retail chain for European designer items. Suning explains that Jiwu aims to “import fashionable and high-quality products from Europe to China“. The main goal of this new initiative aims to tap into new generation of consumers in the lucrative domestic market.

Jiwu’s first location boasts nearly 400 square metres of retail space in the metropolitan city of Nanjing opened in March. Suning is already working on plans to add new locations in the near future with the aim of opening at least 300 Jiwu stores in China within the next three years, investing billions into this endeavour.

In order to be able to maintain enough stock its new stores, Suning intends to simultaneously open numerous purchasing locations in Europe. The enterprise recently acquired its first branch in Milan, which will serve “as a catalyst for the ambitious expansion plans of Suning in Europe,” according to a statement. The statement goes on to say that additional subsidiaries are to follow in the United Kingdom, France and Germany.

Suning has already established partnerships with a number of premium Italian brands, such as Versace Home, SICIS, TechnoGym, Furla and San Benedetto. According to Suning, the plan for the coming years is to focus strongly on luxury fashion, healthcare and household products as well as low production cost merchandise.

Sunning provides new access to the Chinese market for many European manufacturers. “With Jiwu, we aim to forge a culture of personalised consumption, by demonstrating the ultimate beauty of life and encouraging even more European brands to create special product portfolios,” explained Steven Zhang, manager at Suning. “This is also the reason why we opened a new branch office in Milan, which will be followed by other locations before long.”

Outside of Europe, Suning has already established a global sourcing network, covering Hong Kong, Japan and the United States. The enterprise estimates that the proportion of the total turnover generated with the international business will climb to 30 percent by 2020.

This article was published earlier on FashionUnited.de. Translated and edited by Kelly Press