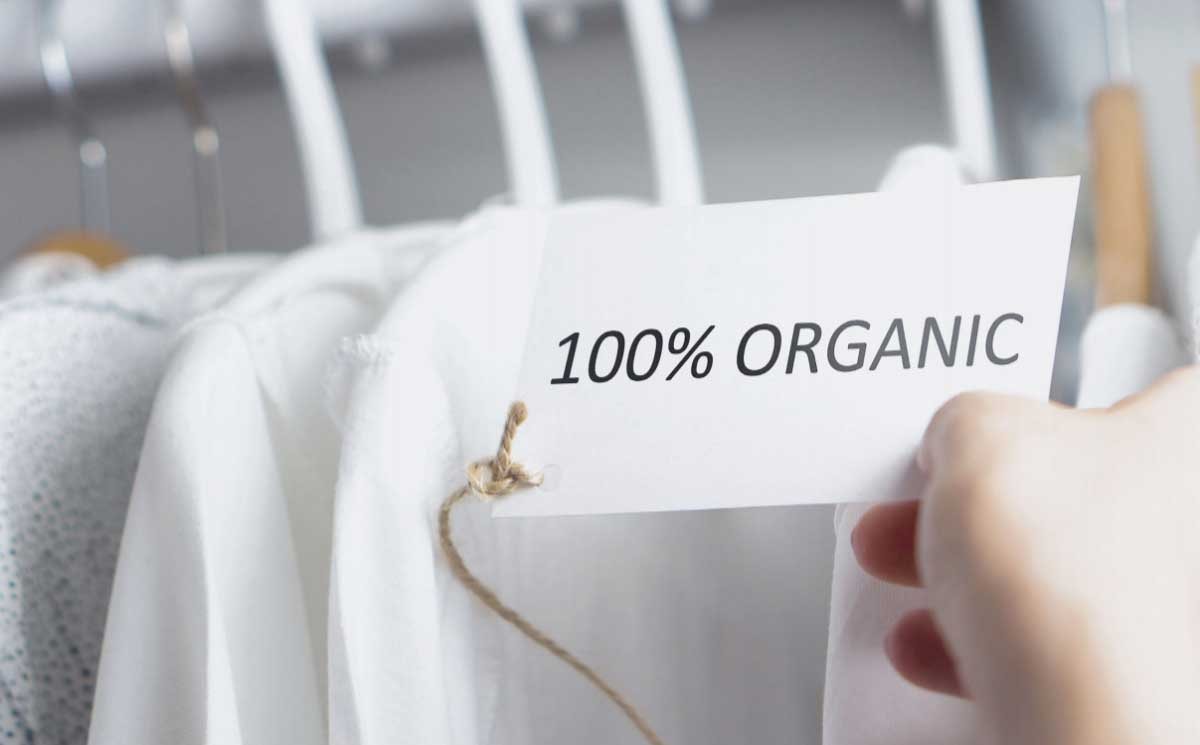 Sustainability is the new fashion must-have

Sustainable sourcing at scale is the fashion industry’s new must-have. Since 2016, searches for the Instagram hashtag #sustainablefashion have increased fivefold. More than half of the world's purchasing executives in the fashion industry consider sustainability to be one of their most important business strategies and it has become an increasingly important issue for consumers and governments. Accordingly, the range of sustainable fashion products is growing fivefold every year. However, its share of the overall market is still low: less than 1 percent of the products released in the first half of 2019 were labelled as "sustainable". This is what McKinsey’s chief purchasing officer (CPO) survey 2019 “Fashion’s new must-have: sustainable sourcing at scale” recently found out.

Sixty-four sourcing executives who together are responsible for a total sourcing value of more than 100 billion US dollars participated in the survey. In addition, street interviews were conducted with consumers in four major European cities as well as interviews with industry experts, while retail data company Edited evaluated data from online fashion retailers.

Lack of international standards and clear definitions is a problem

One problem is that international standards for sustainability and clear definitions are lacking. Sometimes this refers to ecological standards, while other times it refers to social aspects in manufacturing. "There is still a long way to go towards objective standards that are internationally binding. Only then will the development be speedier, “ says Hendrik Magnus, McKinsey & Company partner and fashion industry expert.

While most executives reported that responsible and sustainable sourcing is already a top priority on their company’s CEO agenda, it is also the area in greatest need of improvement in their companies. They were also asked to identify the three topics in sustainable apparel sourcing at the top of their agendas for the next five years and they mentioned sustainable materials as top-ranked area, followed by transparency and traceability, supplier relationships and purchasing practices. 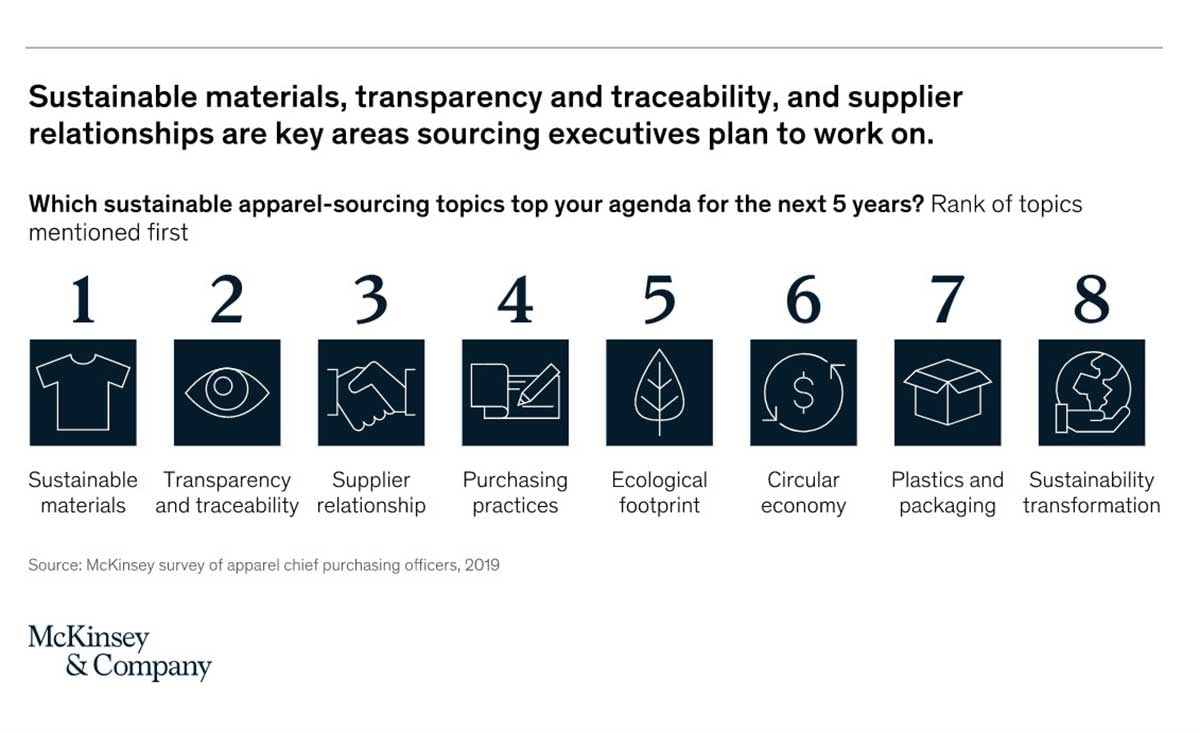 “For example, the share of apparel products containing sustainable materials remains low today, but the majority of executives surveyed aspire to source at least half of their product with such by 2025. Likewise, apparel companies are under increasing pressure to create transparency on their supply chains and to share that information with consumers—and eight in ten CPOs surveyed have ambitious plans to step up transparency. Social and environmental sustainability is also taking on much greater importance in supplier relationships: two-thirds of CPOs surveyed said it would likely become a top factor in their supplier ratings by 2025,” finds the report.

The study makes it clear that most apparel companies will need to shift current practices “dramatically” if they are to deliver on their expectations. However, there is the problem of the industry lacking a common language on sustainable sourcing, let alone a shared set of standards. 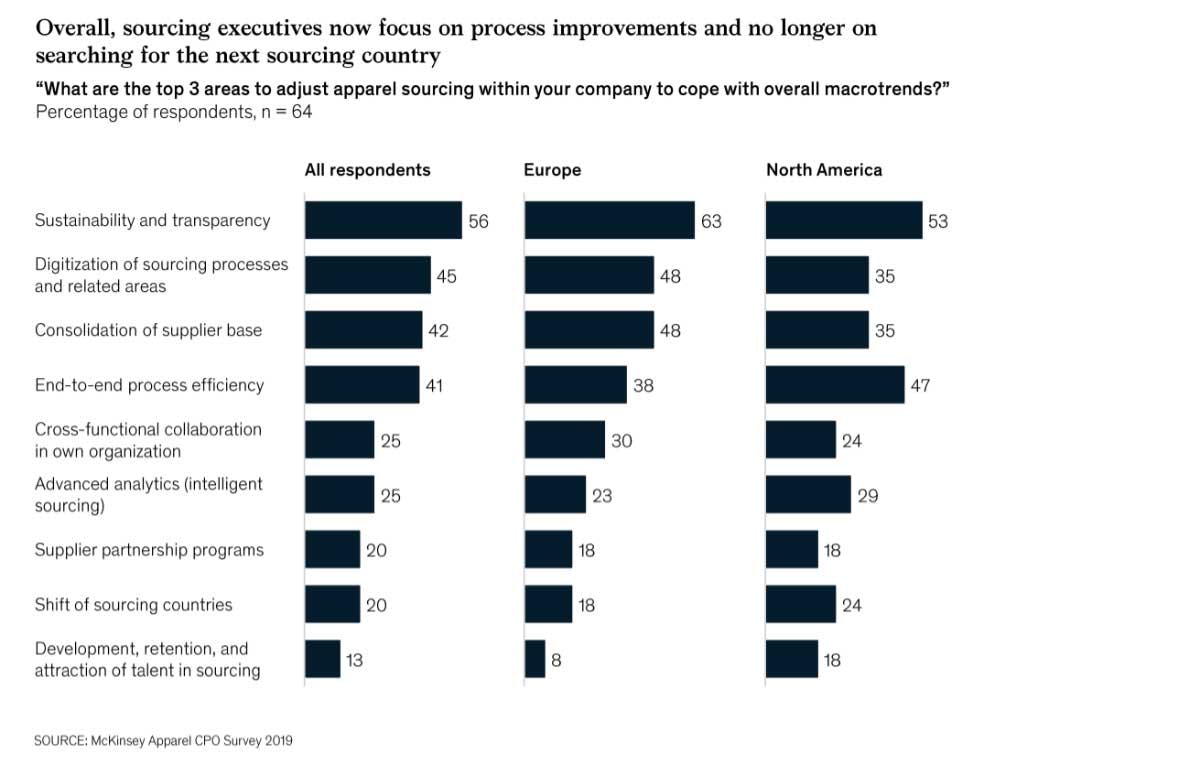 Sustainable sourcing at scale will be a must though for apparel companies over the next five years - for the environment and workers as much as in response to consumer demand for sustainable fashion, which is growing rapidly. “At the same time, margin pressure is making it even more important that companies improve the efficiency of end-to-end product development and sourcing processes,” cautions the report, yet finding that “as our survey shows, executives see no conflict between this imperative and the drive for sustainability”.

Trade tensions is another problem

Another area that the sourcing executives commented on was increasing trade tensions, exemplified by the trade war between the US and China. While those outside the US expect the more challenging trade environment to have “a high impact on sourcing-cost development over the coming year, adding to margin pressure from consumers,” US-based fashion companies expect to accelerate the shift away from China as a sourcing country in favour of locations like Bangladesh and Vietnam.

“In the years ahead, apparel companies must shape a robust sustainability agenda that addresses both social and environmental imperatives. And they must deliver it at speed and scale, harnessing innovations in technology, standards, processes, materials, and communication,” concludes the study.