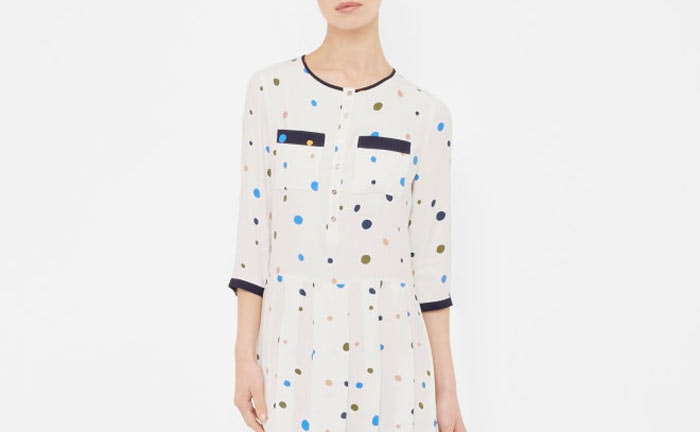 Ted Baker London, the British high-end retailer, will be opening its fourth New York Store on June 30 at the Shops at Columbus Circle.

The 1650-square-foot store was designed to speak to the history of the area, referencing measurements, city grids, and distance. The concept behind the design is that Columbus Circle is the point from which all distances in New York are measured.

Walls in the store are rendered with a rough concrete finish, and are lined with brushed brass stripes. Scale model buildings are mounted on the walls to depict a 3-D city landscape. At the center of the store, walls are covered in 3-D wallpaper to create a repeating pattern of measurement tools.

The store will carry both the brand's men's and women's lines, as well as accessories. For the opening weekend, the company will be offering a gift-with-threshold-purchases and other giveaways.

Ted Baker currently has 22 freestanding stores in the U.S., five in Canada, and in-store shops at 31 Bloomingdale's locations.

The telegraph recently reported that Ted Baker would be pushing on with overseas expansion as their online sales continue to surge. The company's revenue increased 11.3 percent in the 19-week period ending on June 11, while retail sales jumped 12.3 percent.