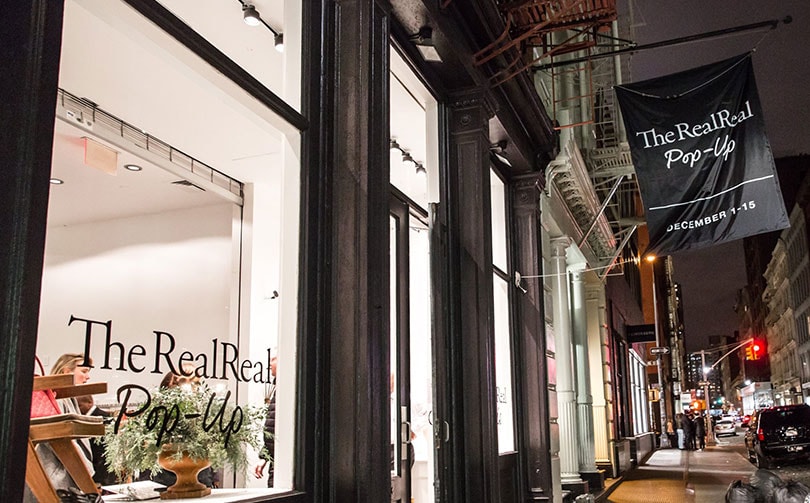 The RealReal has found itself in hot water this year over counterfeit items being sold through their website and store. The company's CEO Julie Wainwright has tried to say that there are no fakes on the website, but an ongoing investigation has found that is not true. CNBC recently obtained documents called "Copywriting Faux and Tell" that show the company let hundreds of counterfeit items sleep through the cracks.

Since CNBC released their report on The RealReal's fakes, the company's stock has plunged 20.7 percent. While The RealReal once touted that their products were thoroughly vetted by an authentication team, but CNBC came to find that the majority of their products are authenticated by copywriters. CNBC received a copy of a report called "Copywriting Faux and Tell" from The RealReal, which is a weekly recap of published and returned counterfeit products, The report included examples of fake Uggs, Moncler sweatpants, and a Valentino scarf.

In a press release, The RealReal said in October they processed 490,000 products and caught 4000 fakes among them. The company once advertised that everything sold on their website is 100 percent real, but since the CNBC report was released they have removed that from their Facebook page and website.

Customers losing faith in The RealReal's authentication process is already impacting the stock, and is expected to have a further impact on sales. According to Wainwright, 82 percent of its gross merchandise volume is from repeat buyers and 81 percent is from repeat consignors. If trust is lost in the company's process, they can expect those customers to start looking elsewhere for heavily discounted luxury goods. Authentication is also a concern for investors, and could pose problems as the brand looks for new equity partners. It would behoove them to start revamping their authentication process, and fast.