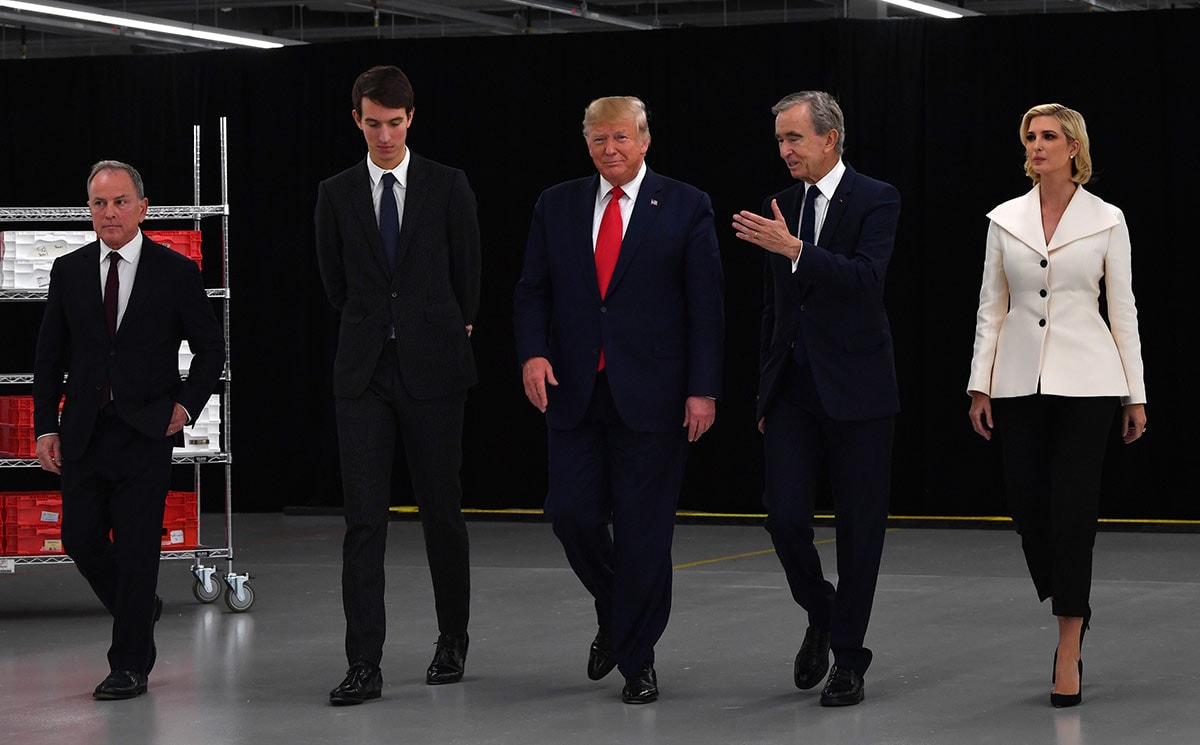 President Donald Trump attended the opening of a new production site in Texas for the posh handbag maker Louis Vuitton on Thursday, drawing the French luxury powerhouse into the US leader's job-creation pitch as he gears up for next year's re-election campaign.

The event presented a rare chance for a meeting between Trump and a foreign business leader, as Bernard Arnault, head of the LVMH conglomerate that owns the leather goods brand, also attended the event at the "Rochambeau Ranch" near Dallas.

"We proudly celebrate the opening of the brand new Louis Vuitton -- a name I know very well. Cost me a lot of money over the years," the US president said, applauding their 50 million USD investment.

"This investment in job creation reflects the strengths of our US business, which continues to grow," said Arnault, whom Forbes magazine has ranked as the third-richest person in the world.

"I always believed in the fact that America is a land of opportunity," he said.

Rochambeau Ranch, near the small city of Alvarado, is named for the general who led French troops alongside the 13 colonies in the American Revolution. It is expected to employ about a thousand skilled workers within five years, according to Arnault.

Arnault was one of the first high-profile French business leaders to meet with Trump in January 2017, just weeks after his election, when he suggested he would consider expanding Louis Vuitton in the United States.

The American market generates a quarter of LVMH's sales overall, and it already has two US production sites in California for Louis Vuitton, whose handbags can cost thousands of dollars.

The company has said half the Louis Vuitton workers it hires have no previous experience in leathercraft, and receive intensive in-house training before being allowed to cut or sew.

The brand first opened in 1859 in Asnieres, France. Overall, the LVMH group and its 70 brands saw a record-breaking 2018, with 46 billion euros (51 billion USD) in profits.

Trump, who is fending off an impeachment inquiry, is seeking to mobilize supporters at a campaign rally nearby in Dallas Thursday night.(AFP)