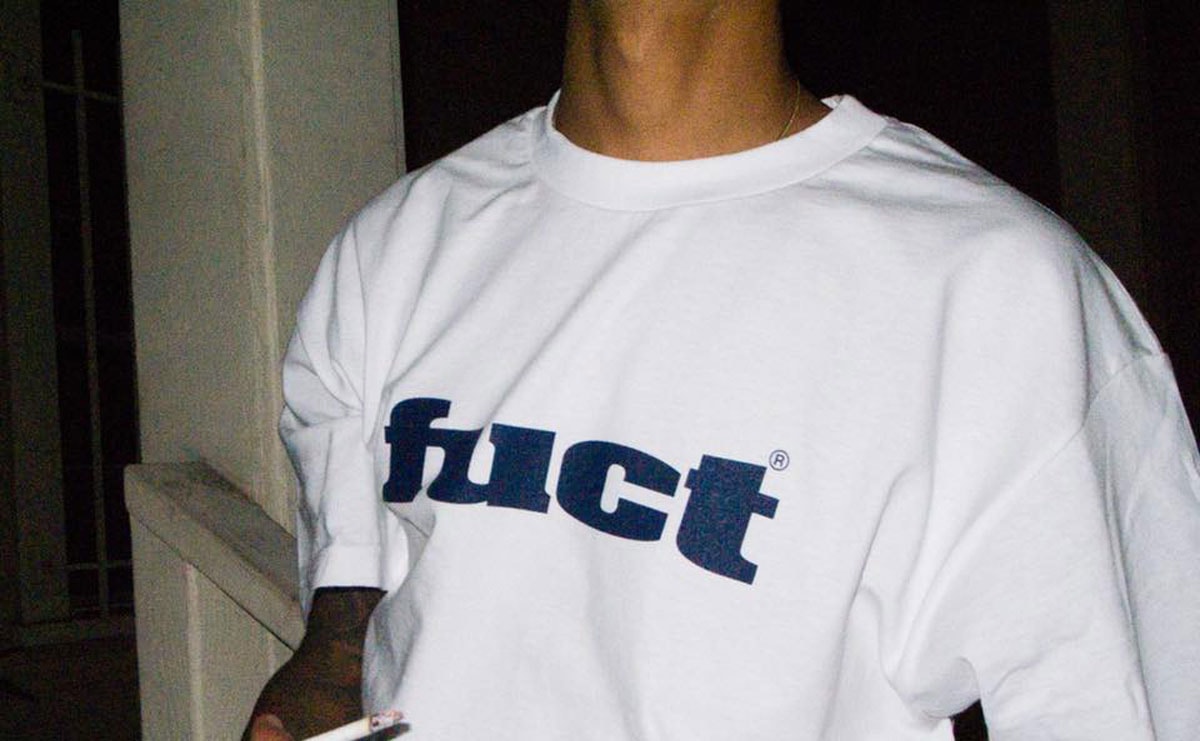 What's in a name? The US Supreme Court expressed skepticism Monday over the government's argument that a clothing line named "Fuct" has chosen a name so offensive it should be refused a trademark.

The nine justices are weighing a provision of US law that allows the government to deny trademark requests on the basis of "immoral" or "scandalous" words -- and whether that is unconstitutional, given the First Amendment right to free speech.

"Obscenity," "profane words," "dirty words" -- the venerable judges bandied about various phrases to avoid saying the name of the label -- suffice it to say, it rhymes with plucked.

It all started with provocateur, artist and designer Erik Brunetti, who founded the streetwear brand in 1990.

Under the label, he has since freely sold clothing with anti-religious, anti-government slogans and motifs, often parodying pop culture.

But in 2011, authorities refused to register "Fuct" at the United States Patent and Trademark Office (USPTO), citing a provision that dates back to 1905.

Brunetti, feeling that his rights had been violated, took his fight to the courts.

In December 2017, a federal appeals court ruled in his favor, agreeing that the trademark law violates the First Amendment.

But President Donald Trump's administration then asked the top court to give a final ruling on the matter, which they will do in a few months.

The provision in question "does not restrict respondent's ability to express himself, through use of his mark or otherwise, but simply denies him the advantages associated with federal trademark registration," the US administration argues.

But several justices expressed doubt on the ease of drawing a line between what would be acceptable and what isn't.

"Once you get to 'shockingly offensive,' you get to viewpoint. One way or another, it's always subjective," said progressive Justice Sonia Sotomayor.

For Ruth Bader Ginsburg, "in the niche market that these goods are targeting, the word is mainstream."

Indeed, in a brief to the court, law professors Barton Beebe and Jeanne Fromer of NYU School of Law noted that the fashion brand PHUC -- pronounced the same way as the swear word at issue before the high court -- got a trademark.

During the hearing, right-leaning Justice Samuel Alito noted that much profanity is simply used to "get attention."

The way Brunetti sees it, the seemingly capricious nature of authorities' decision-making is a way to censor ideas they dislike -- noting that in rejecting his application, the USPTO stated he had sold clothes with "revolutionary themes, proudly subversive graphics and in-your-face imagery."

Brunetti has asked the Supreme Court to apply the same reasoning it did in a 2017 case when it ruled that an Asian American band could trademark its name "The Slants" despite its racist connotations.

"We have said time and again that 'the public expression of ideas may not be prohibited merely because the ideas are themselves offensive to some of their hearers,'" Alito wrote in that ruling.(AFP)