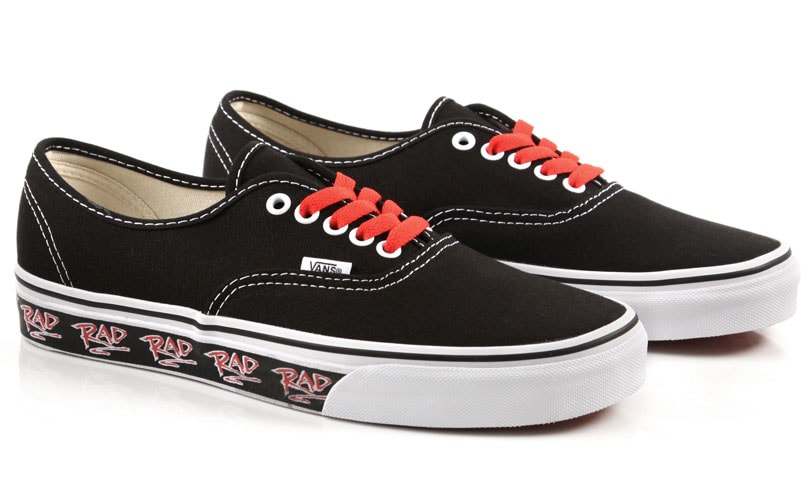 Vans sued for use of "rad" logo

Schwartzman Pictures Inc. has a bone to pick with Vans. The Los Angeles-based film production company has accused the popular skate shoes brand for ripping off their "Rad" logo from their 1986 film of the same name. They have filed suit against Vans Inc. taking the first step in the legal process against them.

1986's "Rad" followed BMXer Cru Jones as he attempts some death defying stunts on the Helltrack. In 1987, the logo associated with the film (a stylized version of the word "Rad" with an underline) was trademarked by Schwartzman Pictures Inc. The company's lawsuit against Vans Inc., filed in Federal District Court for the Central District of California, alleges that in 2012 they discovered the misappropriation of the trademark on a Vans shoe.

Schwartzman Pictures Inc. approached Vans about a potential licensing agreement, but, no agreement was reached and Vans continued to use the trademark. The complaint states, “Defendants … willfully selected, adopted and/or used the ‘Rad’ mark … with the intent to confuse, mislead and deceive the public into believing the infringing clothing products and accessories are associated with … SPI.” While the 1986 film is a cult classic, Vans shoes have become very popular among the BMX crowd.

Gary Young and Dakota Roche have served as brand ambassadors for Vans shoe making them even more popular among the BMXer crowd. Vans has not commented on Schwartzman Pictures Inc. pending lawsuit against them due to their policy of not "commenting on pending litigations." Schwartzman Pictures Inc. is demanding that Vans be permanently banned from using the logo and pay for damages.