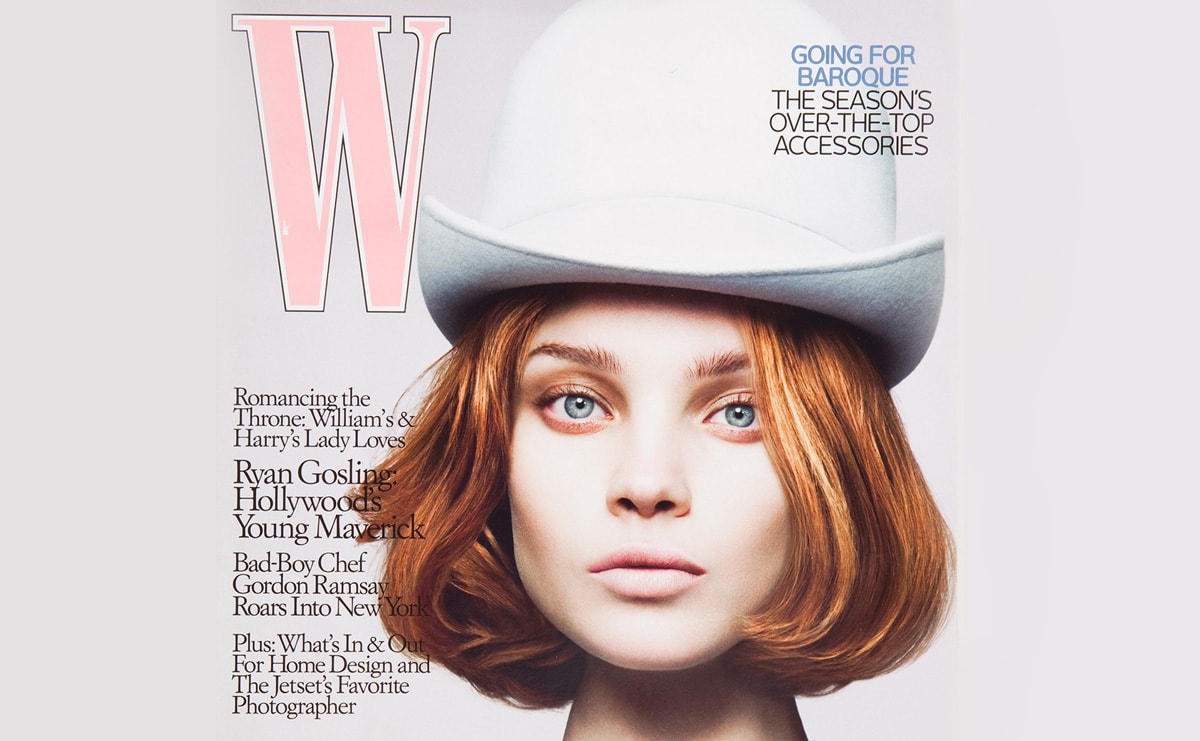 Several weeks ago, W Magazine appeared to be on the verge of being sold to the owners of Surface Magazine, but WWD has reported that sale might actually fall through. Surface had been trying to purchase W for between 7 and 8 million dollars, but there was controversy over the history of Surface CEO Marc Lotenberg and his financial backer Magna Entertainment.

W's longtime editor-in-chief Stefano Tonchi is reported to not see the deal so favorably, and his longtime staffers high up on the masthead don't seem too thrilled about it either. Holding on to Tonchi as editor-in-chief is essential to W's survival given his popularity in the fashion industry and his ability to pull in top advertisers and contributors. If Tonchi walks they likely would too.

Condé Nast has been working on selling W for some time now. Originally it looked like C Ventures was the frontrunner as the buyer, but that deal did not move forward. Until a sale of the magazine is finalized, it's business as usual for W. The magazine has received its yearly budget and fall issues are in production as reported by WWD.

The more W staffers learned about Surface the less favorable being acquired by them became. The company is known for a very high turnover rate and W staffers are worried they could be the victim of cuts. W's short-term future is certain for now with a yearly budget in place, but this Surface deal could go south very fast.