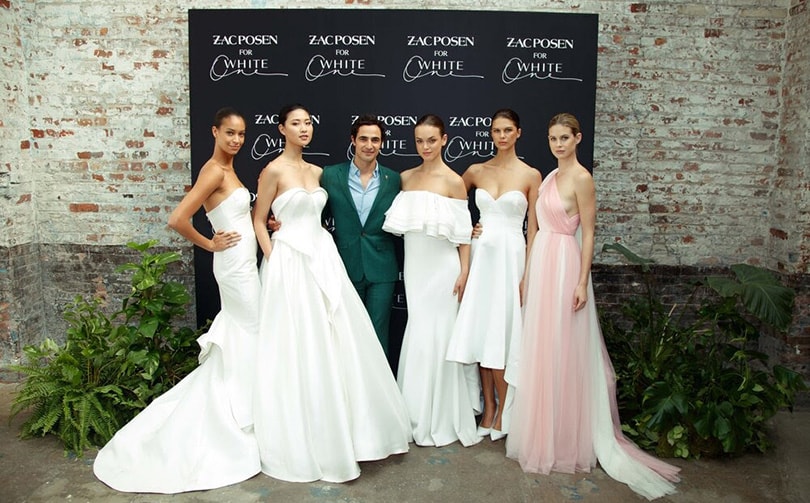 The announcement to cease operations went into immediate effect, with Posen’s website and e-commerce platform being taken offline.

The news comes as American fashion must re-find its footing as customers abandon malls and department stores in what has been dubbed the ‘retail apocalypse’ of the decade. Tellingly, Barneys New York, once a partner stockist of Posen’s label, announced it would close its doors on the same day.

“The board made a difficult decision,” Posen told WWD on Friday. “We were in a sale process and we ran out of time. My partners and I tried everything possible within our means to find solutions to keep it going. I have been trying to find the right strategic partners at this tough time in retail and in the industry. The clock ran out.”

And then came Paris

In 2010 Posen left New York fashion week to show in Paris for two seasons, but amongst the luxury brands in Europe it was difficult to garner a warm reception from both press and buyers. Suzy Menkes, then fashion critic at The Herald Tribune, wrote: “a collection that had a peppy glamour but seemed more of a pastiche than a seductive path to fashion’s new direction.” WWD’s review was even more scathing, stating in Paris it expects to see better clothes.

Back in New York Posen had somewhat of a second coming, and was booked to be Michael Kors replacement on Project Runway, America’s major television fashion series. Celebrities began to wear his frothy eveningwear again and his name had resonance once more amongst stylists and magazine editors.

In an interview in the New York Times in 2013 Vogue’s editor in chief Anna Wintour said of Posen: “Even starting out at such a young age, he’s always been very clear about who he is and what his design aesthetic is. He hasn’t worried about following the latest trends in fashion. He does like to make women look incredibly glamorous and sexy at night. He understands who his customer is, whether it’s a benefit in Texas or dressing a celebrity for the Met.”

A decade ago Posen was stocked in America’s best retailers, from Barneys to Neiman Marcus, later branching into bridal, with a new collaboration with Pronovias Group, the Barcelona-based label White One, announced only in September, which features a collection of 20 gowns and accessories.

Posen’s mainstay of red carpet gowns and eveningwear failed to book the company profits, or at least the growth his investors were seeking. Whereas other designers like Michael Kors and Proenza Schouler were strong in sportswear and accessories, Posen never managed to have an it-bag moment or extending into relatable categories, like footwear. Fashion, especially red carpet gowns, are rarely the bread and butter of any given label. Beauty and fragrance are the categories driving sales at Marc Jacobs, proving even LVMH-owned brands struggle with clothing sales.

Posing with his team, Posen announced on Instagram on Friday: “I want to express my appreciation to our extraordinary team and for all those who have stood by me and the brand. I owe a great deal of gratitude for their unwavering support for and dedication to the Company. I am grateful to the team who lent their incomparable talent and commitment along the way. I remain incredibly proud of what we created and hopeful for the future. Love ZP.”