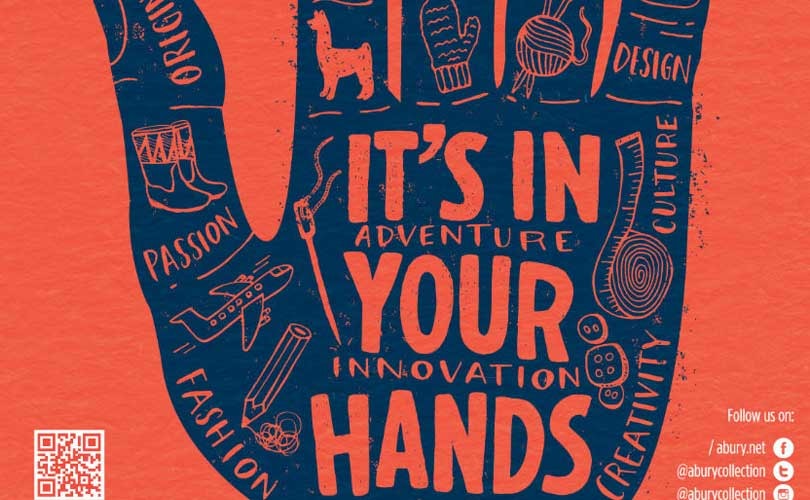 Harper's Bazaar Germany and Berlin fashion label Abury have started an international design competition for fashion students and emerging designers. Its theme "It's in your hands" wants to awaken the faded handicrafts spirit among new designers and powerfully urges them to revive the world’s dying artisanal heritage by blending it with modern design.

“What Abury has done is create a competition that keeps craftsmanship alive while educating and empowering new design talent and increasing their positive impact on society," explained jury member Diana Verde Nieto, CEO of Positive Luxury.

The Abury Design Experience whose motto is "Inspiring Change through Design" is an annual contest in search of emerging designers. The winners will receive a travel and production budget of up to 5000 euros and will spend up to three months either in Morocco or Ecuador, creating their collection with local artisans. The collections will be marketed and sold under the name of Abury and the designer. 50 percent of the profits will be re-invested in education projects in the respective countries.

Interested students and designers have time until March 8th to submit their applications. Participants should be 21 years or older, and if they have already graduated, their graduation should not have taken place more than five years ago.

Harper’s Bazaar Germany and Abury will then select ten designers among all participants for the semi-finals. One of the two winners will be selected through online voting and the other by a prestigious jury panel including Bibi Russell of Fashion for Development; Kerstin Schneider, editor-in-chief of Harper’s Bazaar Germany; Stefan Siegel, CEO of Not Just A Label; Diana Verde Nieto, CEO of Positive Luxury and Miriam Jacks of Jack’s Beauty Department.

More information can be found on the website of the competion, adex.abury.net, or via the Twitter handle #itsinyourhands.