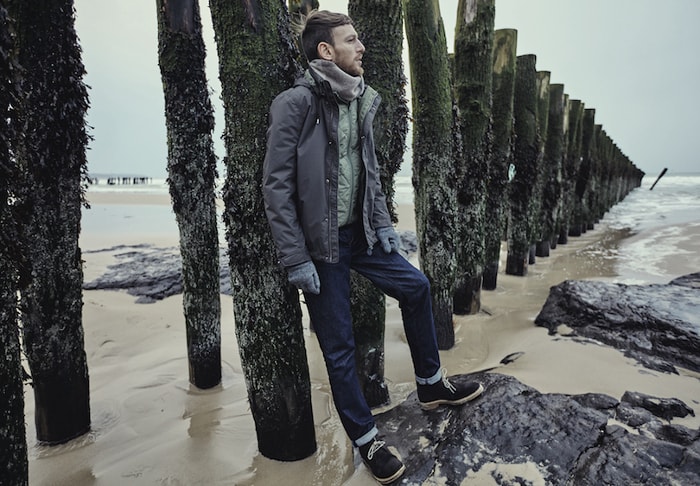 The Aigle brand has been in existence since 1853 and the French company behind the label is, understandably, hugely proud of its longevity. Keeping a brand running smoothly for over 150 years requires continual self-reflection, courage and a willingness to innovate.

The label, which features the eagle both in its name and as its logo, was initially set up by founder Hiram Hutchinson, an American living in France, to sell gumboots. Hutchinson bought the patent for the rubber vulcanisation process from Charles Goodyear and brought it to Europe.

Today, Aigle is known as a manufacturer of the whole spectrum of wind-proof and weather-proof textiles, owing to the fact that, in 1989, the 'Urban and Country Clothing Lines' were launched under the Aigle brand and its stores, which started with the first in St. Germain-des-Près underwent global expansion.

Aigle products have a mission: to fulfil the 'Art of Protection', ergo they are crafted with ingenuity to protect against adverse weather conditions. The French have perfected not only the functional aspect, however, but the aesthetic as well. Once in a while, they enlist support from other big names, collaborating for instance with Paul & Joe, Kitsuné and Nigel Cabourn.

"We have positioned ourselves in an upmarket segment and we cater for people who look for robust, top-quality clothes. Continuity is important to us and the Premium trade show, with its exclusive brand setting, continues to be the right stage for our brands," says Sabine Dellmuth, Country Manager at Aigle Deutschland.

You can find Aigle at Premium Berlin, located in Hall 3 Stand D-05.