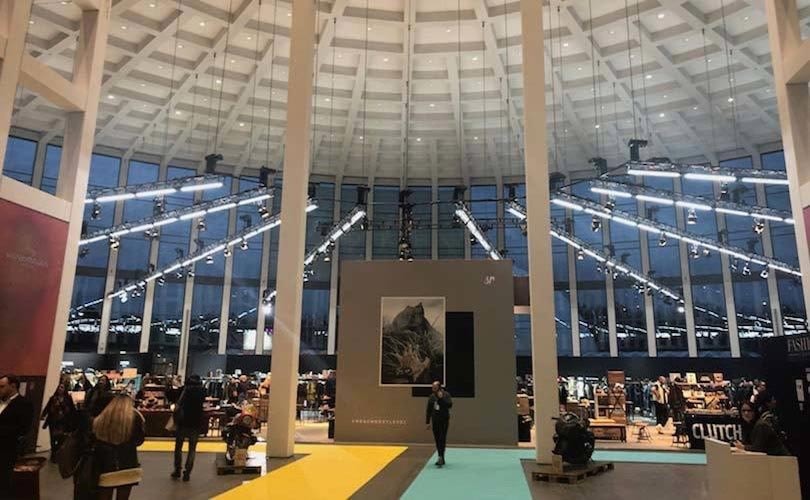 Berlin fashion fairs end with debate about their future

Berlin’s fashion fairs had just closed their doors at the end of January when Jörg Wichmann opened the debate about their future. The CEO of Panorama trade fair announced plans that sounded almost revolutionary: Wichmann said in a statement that Panorama was going "on the offensive to meet the industry's desire for a shared location for all events at Tempelhof Berlin.”

"We have the ability to redesign Berlin as a fashion location. We will reach out to everybody involved to discuss possible models and scenarios. All options are on the table," he said, revealing that the the first talks had already been held. With this initiative, the huge, centrally located halls of the former Tempelhof Airport were suddenly back in the focus. From 2009 to 2014 they had housed the huge Bread & Butter trade fair. Now, since the event’s demise, they were used as refugee accommodations, among other things.

Anita Tillmann, managing partner of Premium Group, Berlin’s other major trade fair company, agreed that Tempelhof had its charms as a location. However, she stated that the idea of bringing all Berlin trade fairs together was not one of her current priorities. Instead, Tillmann told German trade magazine Textilwirtschaft that her plan is to "merge all formats of the Premium Group." 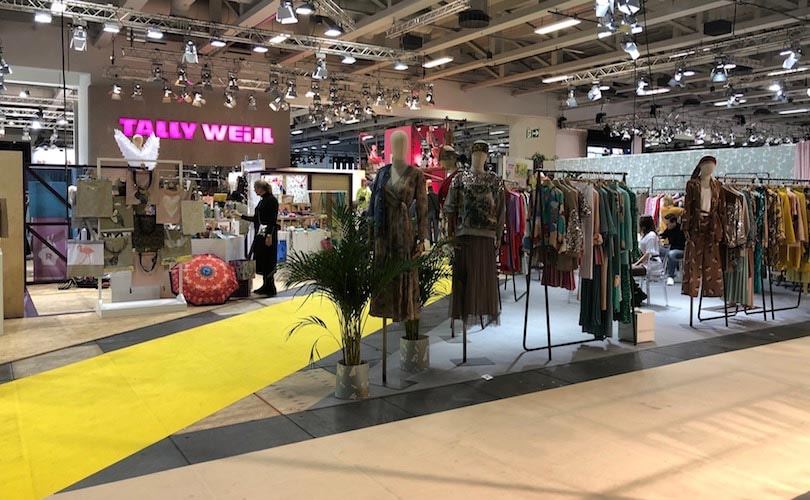 Wichmann's statements came after Panorama had celebrated a notable success at its current location, the ExpoCenter City. The trade fair, where 600 mainly commercial brands presented their new collections for the Fall/Winter 2019/20 season, reported a new attendance record, with the first day counting 20 percent more visitors than last winter’s edition, the organizers said. "We are overwhelmed by the success of the fair," said Wichmann. "Exhibitors and visitors have once again declared the Panorama Berlin format the benchmark this season."

The small but highly specialized platform Selvedge Run benefited from the huge crowds at ExpoCenter City. After a long partnership with Panorama, the niche fair for artisanal apparel, accessories brands and exclusive denim manufacturers had been taken over by Panorama last autumn and was merged with the main event. For the first time, Selvedge Run took place as a segment of Panorama, but retained its unique character due to a detached location in the entrance hall and its unmistakable appearance.

More than 70 exhibitors benefited from the merger: "We experienced a significant increase in visitors to the last edition and draw a clearly positive conclusion in terms of the new location and the merger with Panorama Berlin," said Sean Brandenburg, one of the founders of Selvedge Run, who continued to work as product manager. The exhibitors were equally satisfied: In addition to their traditional buyers who had come especially for the Selvedge Run brand portfolio, they also attracted additional interest from visitors of Panorama. 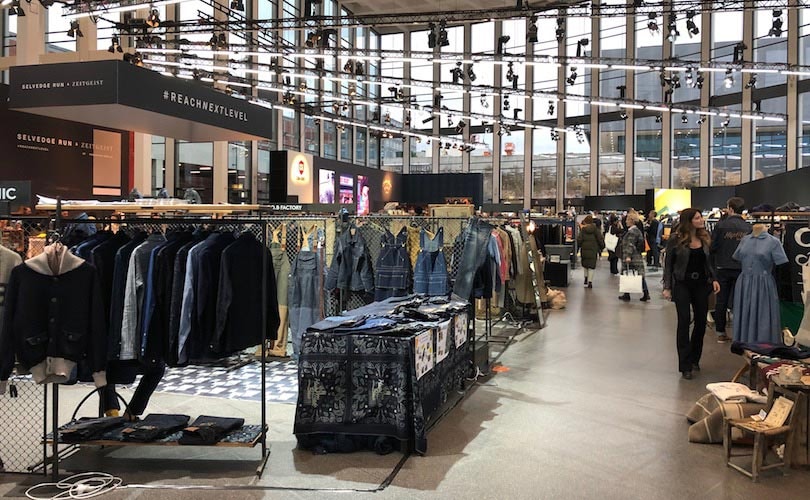 Premium Group has not revealed information about the development of visitor numbers so far. Their main event Premium, which once again presented about 1,800 collections, had made some changes going into this season. In addition to a new segmentation, the organizers had focussed on creating "a much more dynamic and new trade fair experience," explained Anita Tillmann in her closing statement. For example, exhibitors had been asked to showcase selected key looks on dummies instead of just hanging their products on clothes racks. "Although I have to admit that the implementation was not easy and that we were confronted with critical voices, the decision was the right one," Tillmann said. In fact, the mood among the exhibitors seemed largely positive.

However, the reinvention is still a work in progress. 70 percent of the shift had been achieved, Tillmann said. She also encouraged exhibitors to take further steps: "There is still a lot of development potential" in terms of presentation designs, she said. "Unfortunately, some stands still look unemotional. Creativity is not a budget issue." 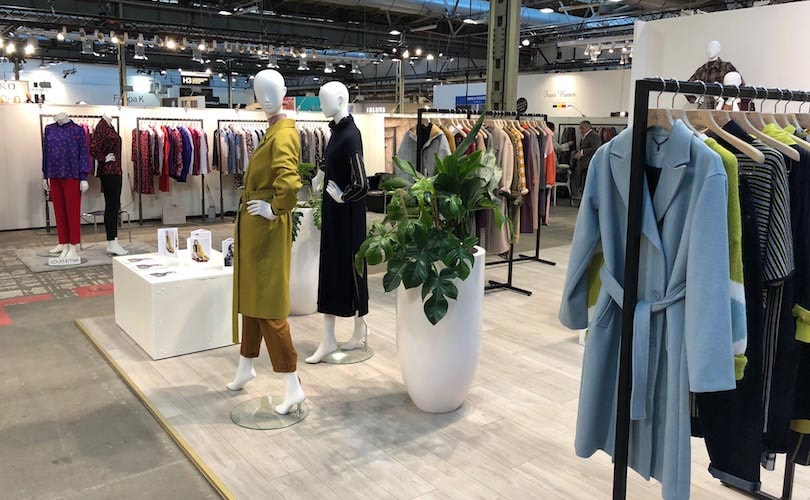 At Seek, another Premium Group event, only a few tweaks had been made compared to previous seasons. Indeed, there was no particular reason for major changes as the fair for classic sportswear and upscale casual fashion brands celebrated its tenth anniversary. Its concept had been a success for years. This season, Seek once again drew a large, strikingly young and international audience, who saw new collections of more than 250 brands at Arena Treptow. The visitors had to make do without Seek’s sister fair Bright, which used to take place in a neighboring building in recent seasons. Premium Group had suspended the platform for skate and street wear to develop a new concept. At the moment, a return of the fair next summer seems unlikely.

Last week also saw a successful debut, with Neonyt establishing itself as the central trade fair for sustainable clothing. The new event resulted from the merger of the Green Showroom and Ethical Fashion Show platforms, both of which belonged to trade fair company Messe Frankfurt. At Neonyt, more than 150 international brands showcased their collections at Kraftwerk Mitte. Olaf Schmidt, Vice President of Textiles and Textile Technologies at Messe Frankfurt, was satisfied with the premiere: "The concept of the Neonyt worked perfectly," he said in a statement. "Visitors, exhibitors, speakers and partners - everyone we spoke to was thrilled." 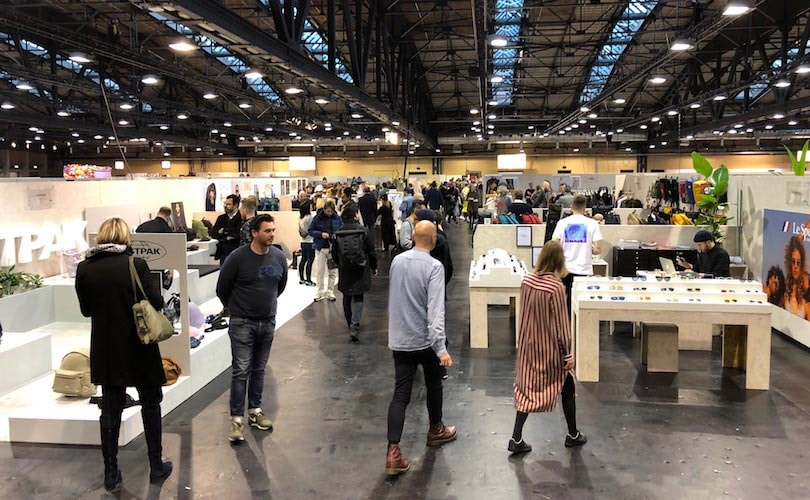 At Neonyt, the exhibitors were particularly pleased that many buyers from conventional retailers had shown interest in sustainable products. In fact, it became clear throughout the week that eco-friendly fashion is increasingly becoming a natural part of the fashion business. This was made evident by the large presence of sustainable brands at Panorama and Premium.

Overall, there was a general consensus in Berlin that traditional trade fairs still play an indispensable role. Doubts about their relevance after recent significant changes in the fashion industry were refuted by most exhibitors. For them, trade fairs still offer a unique opportunity for personal communication with a variety of buyers and are therefore irreplaceable. They allow companies to explain their collections in detail to raise interest and attract new customers. A digital environment or standalone showrooms would not offer these important opportunities, many exhibitors claimed. 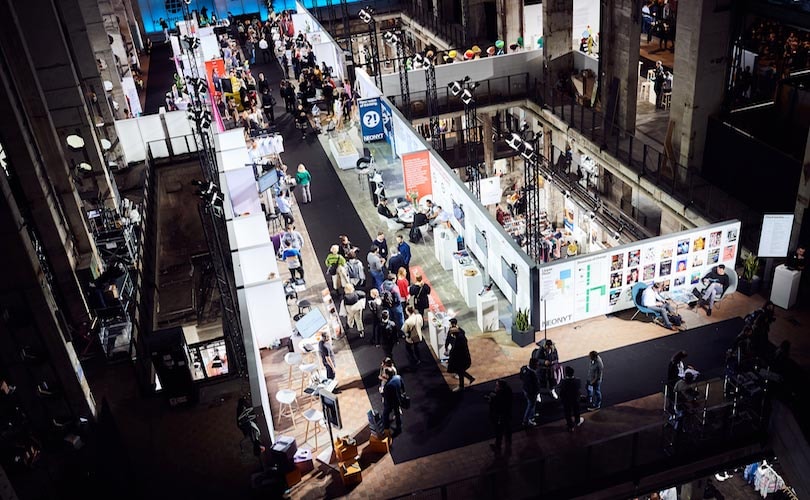