Each season sees the globe's denim aficionados flocked to Barcelona, Spain to attend denim trade fair Denim Première Vision. Each event at the Fira Montjuic in Barcelona attracts the industry's top buyers, press and denim peers, who come to learn more about the latest developments within the denim branche, new technologies and techniques for dyeing and finishing denim.

FashionUnited ES attended the trade fair and created a photo and film report of the 18th Edition of Denim Première Vision below. Scroll down to enjoy the interactive map as well.

Designer François Girbaud and Spanish company Jeanologia, known for its specialization the sustainable textile development, hosted a joint exposition at the trade fair in honour of their new initiative. Hemotion is a project designed to inspire both designers and denim producers to rethink denim design. For example, upside down jeans represent a change in the old ways of thinking and the endless possibilities.

50-second impression of the trade fair 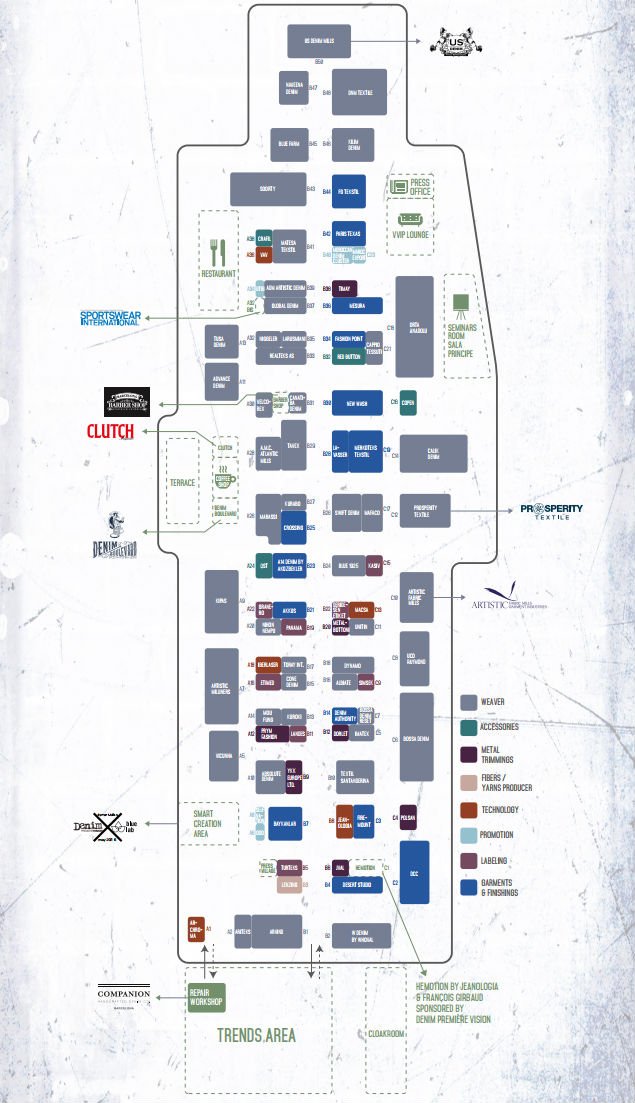 Amongst the 95 denim exhibitors were denim mills, denim finishers and manufacturers from Japan, Italy, the United States, Turkey and France. Denim Première Vision 18th Edition took place from May 18 to 19. The next edition is slated to take place in November.