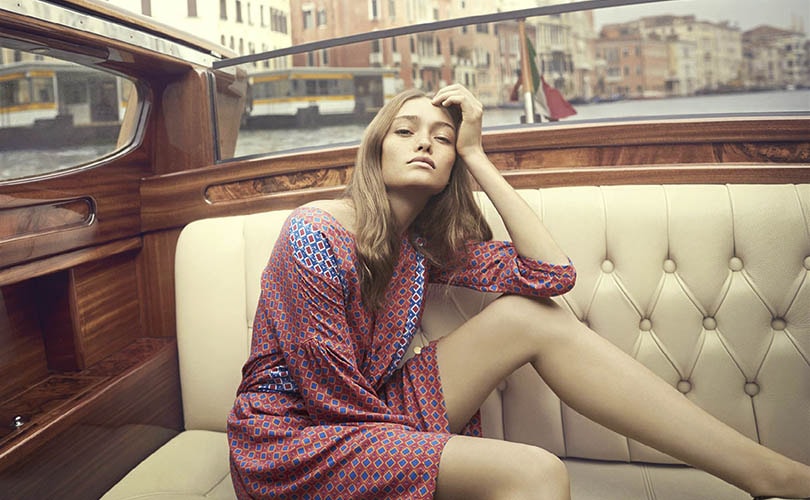 If you are interested in finding out what happens when the finest New England preppy style collides with Italian sprezzatura, look no further than Brooksfield. The label, which was founded in 1971 and is based in Verrone, Biella, is a specialist in mixing Anglo-Saxon style and Italian craftsmanship.

Their 2016 Spring/Summer campaign also vividly illustrates the exact real-life image this mix embodies: a figure dressed in a perfectly fitting button-down and a matching blazer cruising through Venice on an elegant, wooden speedboat with crème coloured leather seats. Among men, the idea conjures up thoughts of James Bond, whilst women would like to see themselves in the frame as Bond girls.

The brand’s testimonials, which take the shape of partnership deals with public figures, paint a different picture: that of the everyday hero or a sporting champion. Jack Savoretti is one of them: a British musician with Italian roots. Then there’s Sebastiano Concas, a surfer from Sardinia, or Francesco Marrai, a sailor, or Ethan Peck, the grandson of Gregory Peck, who has had the good fortune of inheriting some of his grandfather’s striking features, notably his lush mane of hair and his fierce eyes.

Special focus is placed on the quality of the knitwear, trousers, blazers and shirts produced by the Brooksfield house, which incidentally also makes womenswear. The brand has long manufactured its items in the region around Biella. That’s because Brooksfield is part of the Fratelli Fila Group, which has been based in the area since 1906.