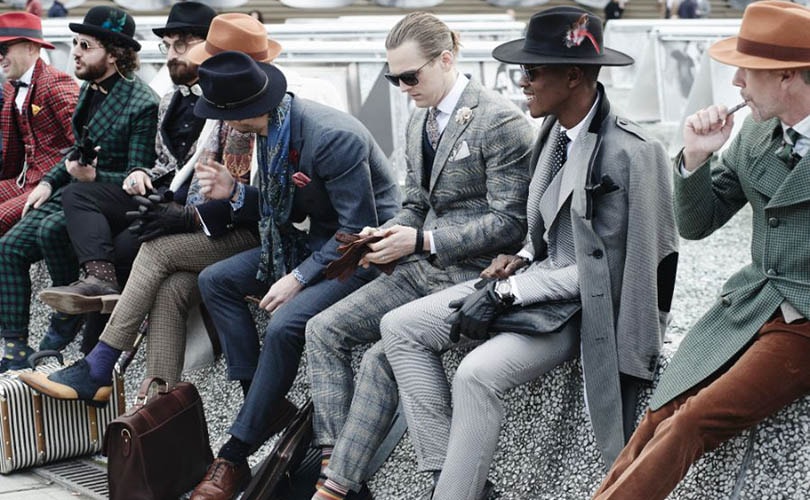 ‘High heels for men, the usual extravagance’ - that was the title of the article concerning Pitti Uomo, the Italian men’s wear trade fair published by the newspaper ‘Il giorno’ on September 19, 1972.

44 years have passed since then and the 90th edition of Pitti Uomo kicks off today at the Fortezza da Basso in Florence, funning from June 14 to 19. The name Pitti is in fact taken from the Sala Bianca (White Hall) of the Palazzo Pitti in Florence, which is where the Italian brands held their very first fashion shows. 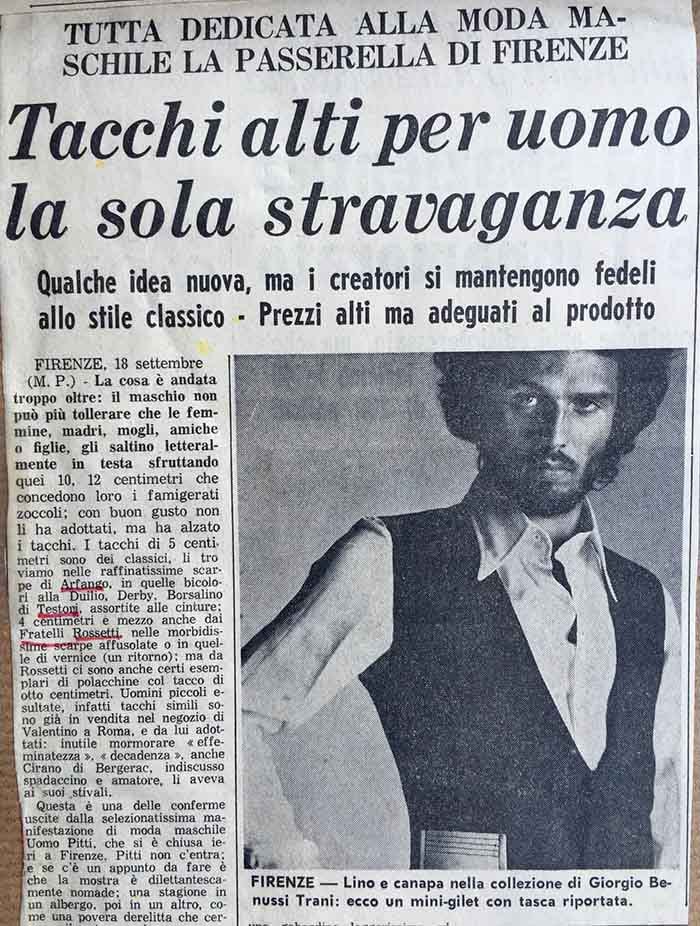 The first edition of Pitti Uomo took place in February, 1972 in Hotel Villa Medici in Florence (the exhibition didn’t move to Fortezza da Basso for another decade, in 1982), with 43 exhibiting brands (approximately 1,219 brands will be participating at the trade fair this month) and 526 buyers, including 98 foreign buyers (the event expects more than 20,000 buyers this season). Pitt Uomo has seen many ‘excesses’ since its debut event. 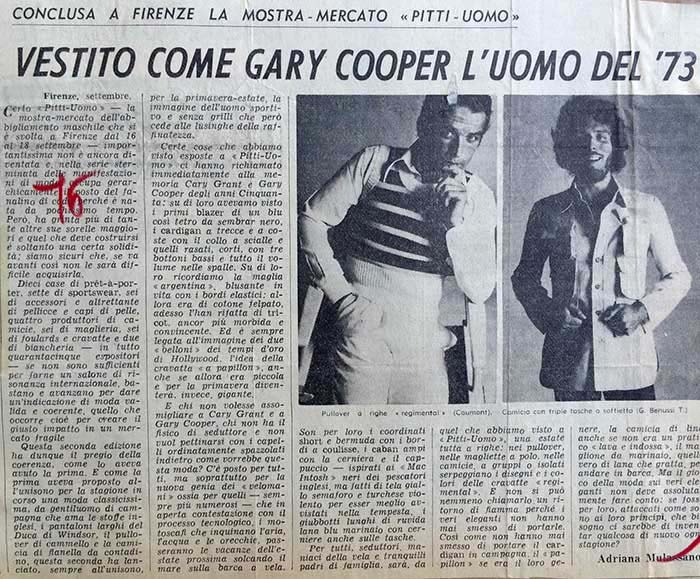 The trade fair, which was actually created with the intention of promoting the very best of the Italian industry sector within the major international markets, has also gradually started to take on more of an international character as a result of the offering of different brands. “The 90th edition of Pitti will be all about internationality,” Gaetano Marzotto and Raffaello Napoleone emphasised, Pitti Immagine’s Chairman and Managing Director respectively, the company which has been organising the trade fair dedicated to men’s clothing since 1988. 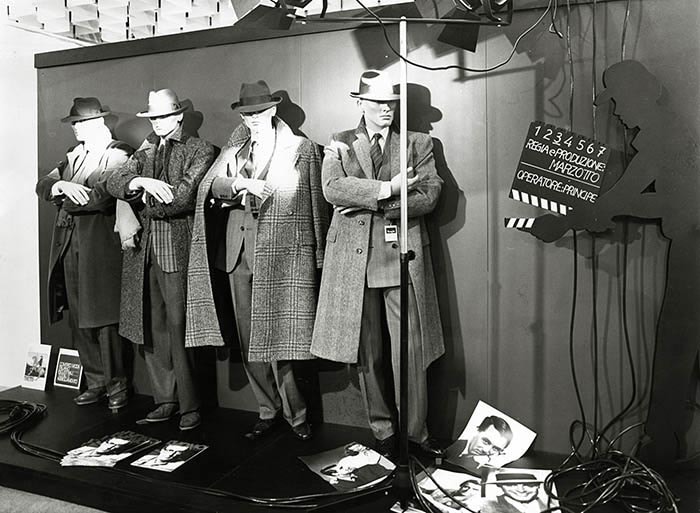 There have been many events which have shaped Pitti Uomo’s history over the years. FashionUnited has compiled a list of the top ten most memorable moments from the men's wear trade fair below.

1) Palazzo Strozzi opened its doors to the exhibition dedicated to the great master of haute couture, who, thanks to his iconic evening gowns, is famous throughout the world 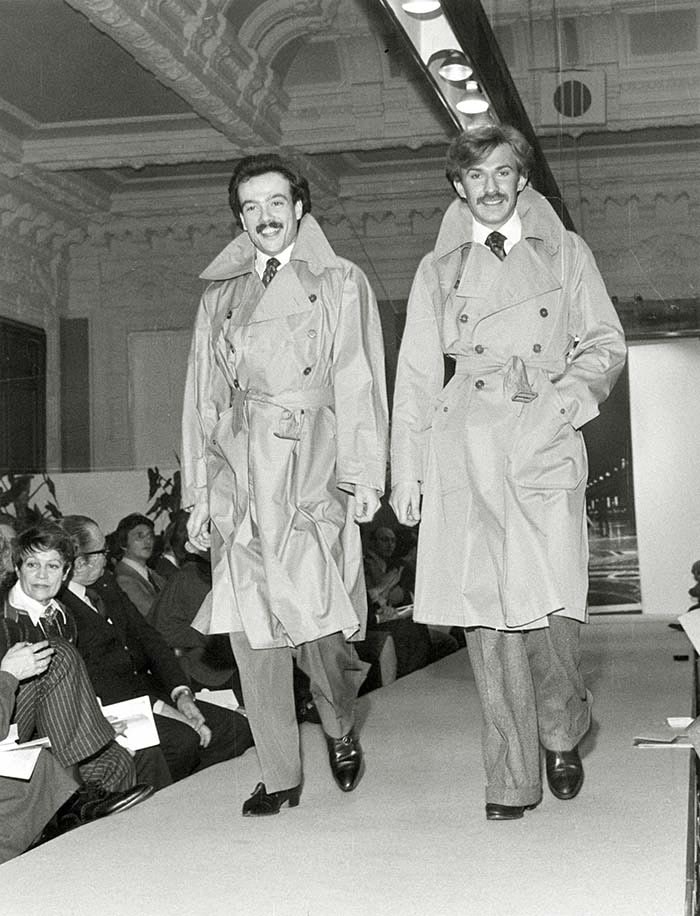 2) Roberto Capucci. Capucci, born in 1930, was considered to be the best Italian fashion designer when he was only 26 years old and was particularly highly valued by Christian Dior, who publicly referred to him in an interview as ‘the best designer of Italian fashion’, because of the originality of his creations. Next year is French prodigy Jean Paul Gaultier’s turn to shine in the spotlight as he will be holding his first fashion show in Italy.

4) Dolce & Gabbana’s hosted a fashion show in Florence for the launch of the D&G line, which took place in 1994. The two designers showcased a t-shirt made from transparent cellophane, a jacket with the laminated snake motif and a shirt made with coloured lace in the style of Elvis Presley’s during the fashion show, which was held on the lawns of the ‘I Collazzi’ villa, designed by Michelangelo.

Dries Van Noten against the evocative background of Piazzale Michelangelo

5) All attention was focused on the famous fashion designer Dries Van Noten in 1995, who held his first fashion show in Italy against the suggestive background of Piazzale Michelangelo. The Belgian is often described as ‘one of the most cerebral designers’.

6) The German brand Hugo Boss earned the honour of presenting its spring-summer collection for 2000 in Florence, in 1999. The German company from Metzingen opted for the Forte Belvedere to act as the backdrop its first fashion show in Tuscany, a location on a hill, boasting views across the Ponte Vecchio and Palazzo Pitti. The evening was also graced by a fireworks spectacle. 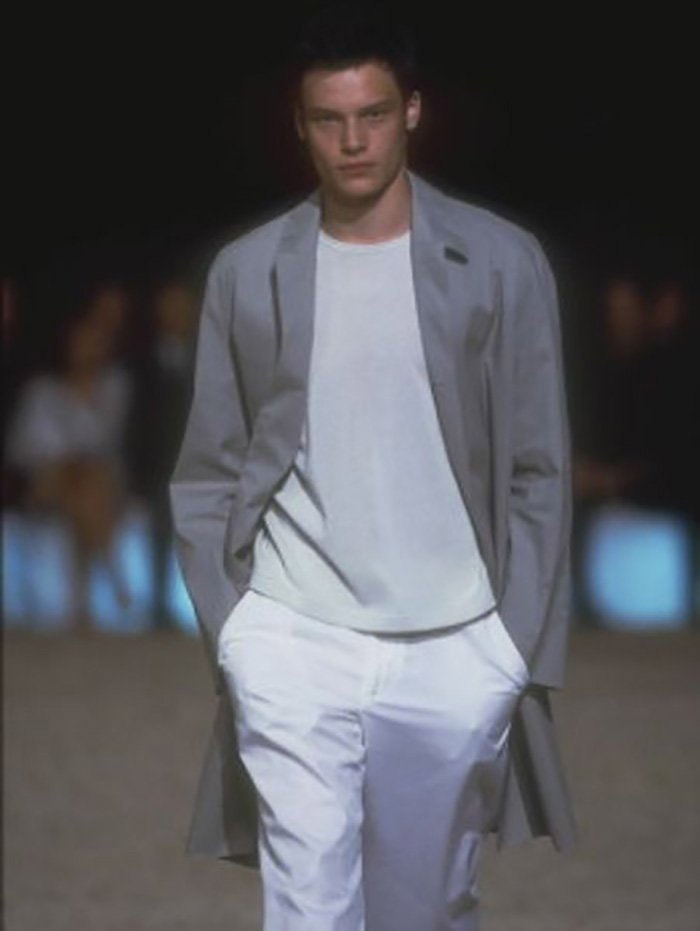 7) The Dutch Viktor & Rolf fully earned the applause of the fashion world in 2003 with the release of their first men’s collection. “People often say men’s clothing offers less freedom, but we certainly don’t see this as a limitation,” said Viktor Horsting thirteen years ago in relation to their collection debut in Florence. The capsule collection is said to offer a number of iconic touches, and is referred to as a French ‘monsieur’ by the Americans.

9) Pitti Uomo has always focused on both the brands as well as designers and tailors. Therefore it came as no surprise that Palazzo Pitti’s Galleria d’arte Moderna (Gallery of Modern Art) hosted The London Cut: Savile Row Bespoke Tailoring exhibition. The Savile Row tailors’ list of customers is quite extensive, ranging from the Duke of Windsor, to Sir Winston Churchill, Fred Astaire, and Cary Grant. Nowadays Princes William and Harry and all members of the British Royal Family, the Sultan of Oman, Mick Jagger, Spike Lee, Tom Ford, David Beckham, Brad Pitt and Pete Doherty are also listed as customers. The exhibition marks the first time in history the most prominent tailors have united in the Savile Row Bespoke Group, in order to promote and publicise the English tailor’s art. Pitti Uomo was eventually chosen as an international stage for representing Savile Row’s style and excellence. 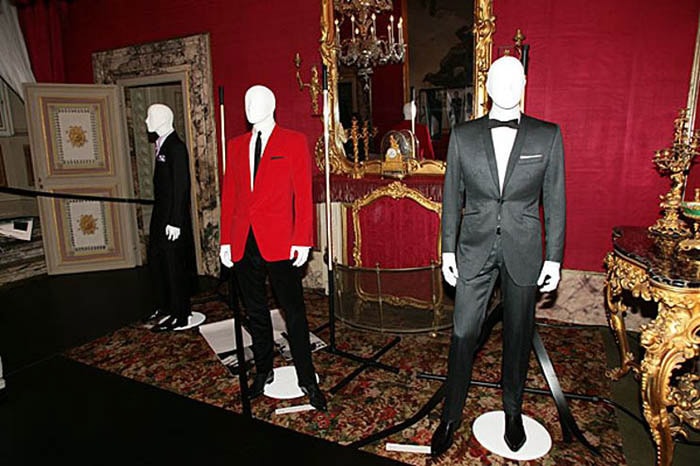 10) The history of men’s fashion continues. We are now working on a new chapter for men’s fashion: Pitti Uomo has asked Raf Simons, one of the major innovators of modern fashion, to come to Florence again on the occasion of the 90th edition. The designer will be presenting his 2017 spring-summer collection on Thursday evening, June 16, as well as a project which has been established especially for Pitti Uomo.

This article was previously published on FashionUnited IT