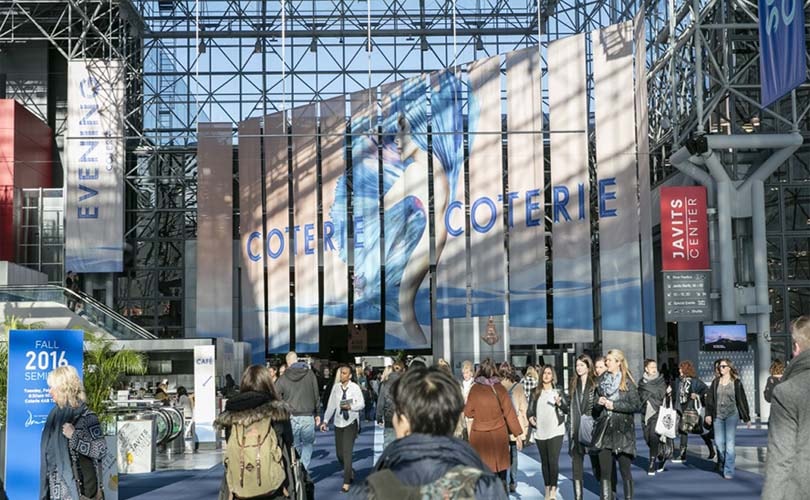 Q&A with Christopher Griffin on Sourcing@Coterie

Sourcing@Coterie just came on the market as a new annual sourcing event. The launch comes from UBM Fashion Group, which organizes trade events such as Magic and Coterie. The newest addition will feature renown factories and fabric provides in order to connect luxury and designer brands. The event will also have a selection of factories from the USA, Japan, Europe, South America, and more. The trade fair will take place this September 18-20 at Javits Center in New York. The event’s goal is to ultimately bring together all factories, customers, and industry insiders under one roof. President of Sourcing@Coterie Christopher Griffin expands further on how Sourcing@Coterie will help fashion industry professionals.

When was UBM Fashion Group founded and by who?

Griffin: UBM Fashion Group came into existence when UBM acquired Advanstar in December 2014; prior to that UBM did not operate any fashion trade events.

Can you describe Sourcing@Coterie in your own words?

Sourcing@Coterie will be a juried collection of the world’s best factories – from apparel, accessories, footwear and fabric mills – all under one roof at the Javits Center. The show will take place annually during Coterie New York and will complement Coterie brands.

How does the new addition make SOURCING different from other trade events?

Having Sourcing during Coterie will help buyers and brands maximize their time during the September market – allowing them access to a select group of world class factories all under one roof at the Javits Center.

What are you expecting from hosting the trade event in New York?

We anticipate factories from all around the world –including the USA, Japan, Europe and South America – in one place, thus creating an unprecedented New York sourcing opportunity for both brands and retailers. SOURCING executives from the eastern U.S. and Midwest look to New York based shows as a research tool for finding interesting international and U.S. resources specializing in lower minimums and higher quality production.

What does UBM have planned for the future?

Aside from Sourcing@Coterie, we’ll also be launching IFF MAGIC Japan in April 2017. IFF MAGIC Japan will serve as a high-profile showcase for Japanese fashion brands and designers to promote themselves to Japan and the global market; and also an opportunity for international brands and suppliers to access the lucrative Japanese market.