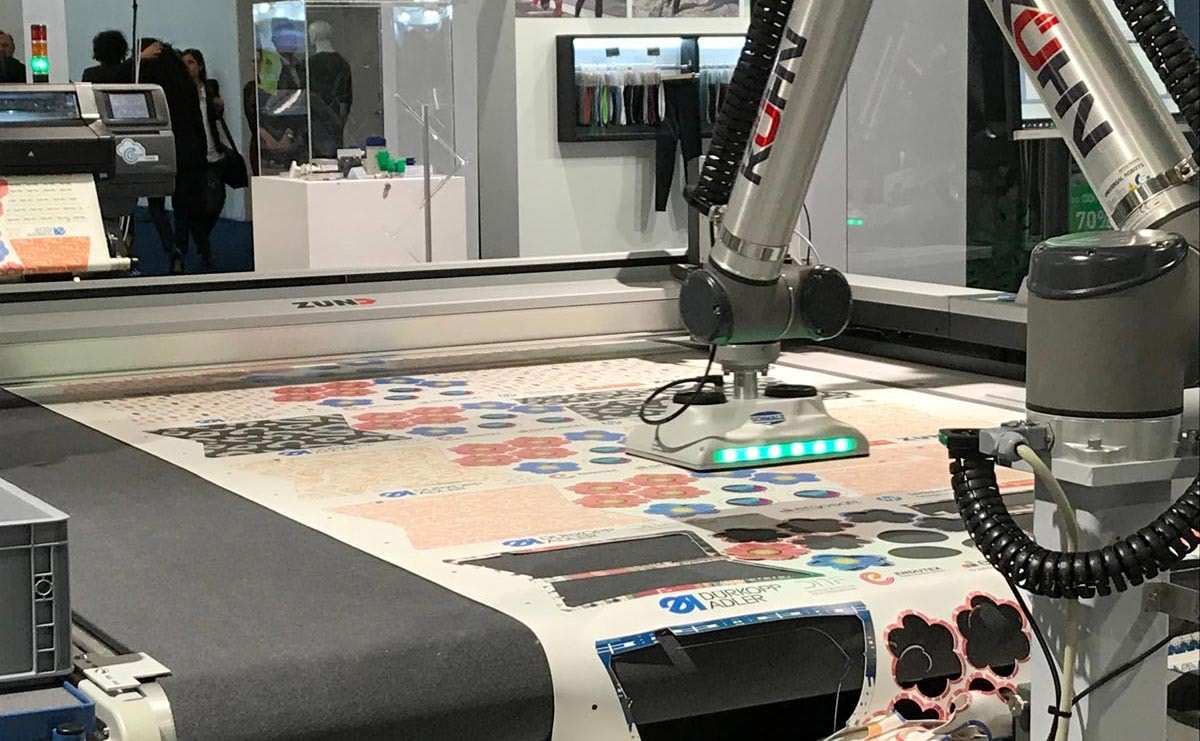 Record numbers at Techtextil: This is the future of production

Those who believe that the textile industry in Europe is no longer relevant were proved wrong by the two trade fairs Techtextil and Texprocess in Frankfurt, which just came to an end.

Techtextil and Texprocess are not exactly fairs that cause enthusiasm by those in charge of fashion. They lack the snappy names of classic fashion fairs like Premium, Panorama, Neonyt. Instead of CI booths, there were sober constructions; instead of decorative inspiration lots of text to read and instead of atmospheric music, rattling machines. The two textile fairs, which ended after four days on 17th May, showcased exactly what one might expect. And yet, there was an almost contagious euphoric atmosphere. Buzz words dominated the fair: sustainability, technical innovation and digitization. In the end, the Frankfurt-based organisers could report the largest and most international edition of the two fairs to date. A staggering 1.818 exhibitors from 59 countries and a total of around 47,000 trade visitors from 116 countries visited the fairs. Particularly interesting: Many of the highly innovative companies were from Europe. 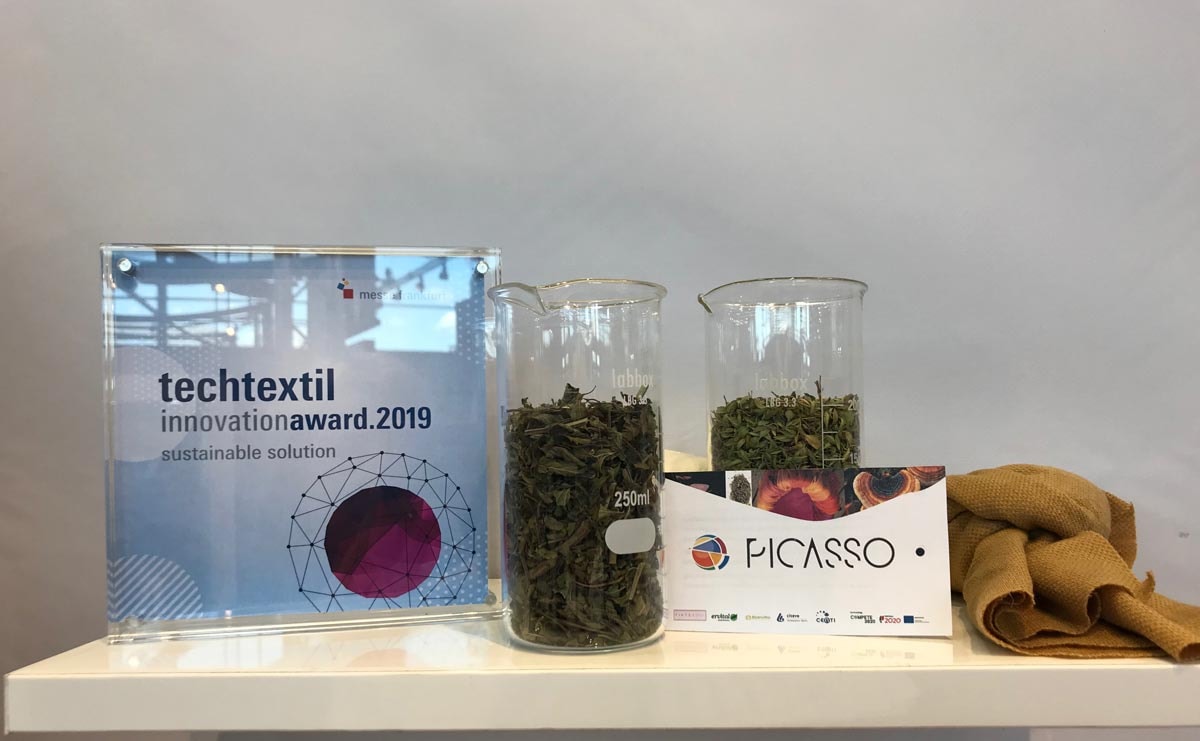 Digitisation: from process chain to network

The future belongs to the digitisation and automation of production. Exhibitors presented sewing machines like luxury cars and demonstrated the first automated production units such as those for jeans, which, however, are far from being fully automated. Together with robot manufacturer Kuka, Pfaff presented a "Robotics Case Study for Jeans Pockets", which was just about sewing on the back pockets but completely without human intervention. The first robots have arrived that can grab or suck up materials, or reposition them. Until now, this has only been possible with firm fabrics or leather. Two demo production lines of Microfactory, in cooperation with various companies, presented the entire process chain of digitised production for bags and t-shirts. For the bags, robots placed the sewing material directly on the cutting table for the next production steps and transported it directly there via AI-guided vehicles.

Knitting machines play an important role when it comes to bringing digitisation, automation, and apparel production together - especially in the footwear sector. German knitting machine specialist Stoll presented new possibilities of 3D knit, for example when using it for sneaker uppers. Algorithms now calculate further processes based on simple image files. In the future, operating such machines will require less and less specialist knowledge. "The digitisation and automation of processes are currently our most important development topic," said Goran Sidjimovski, technical designer at Stoll. 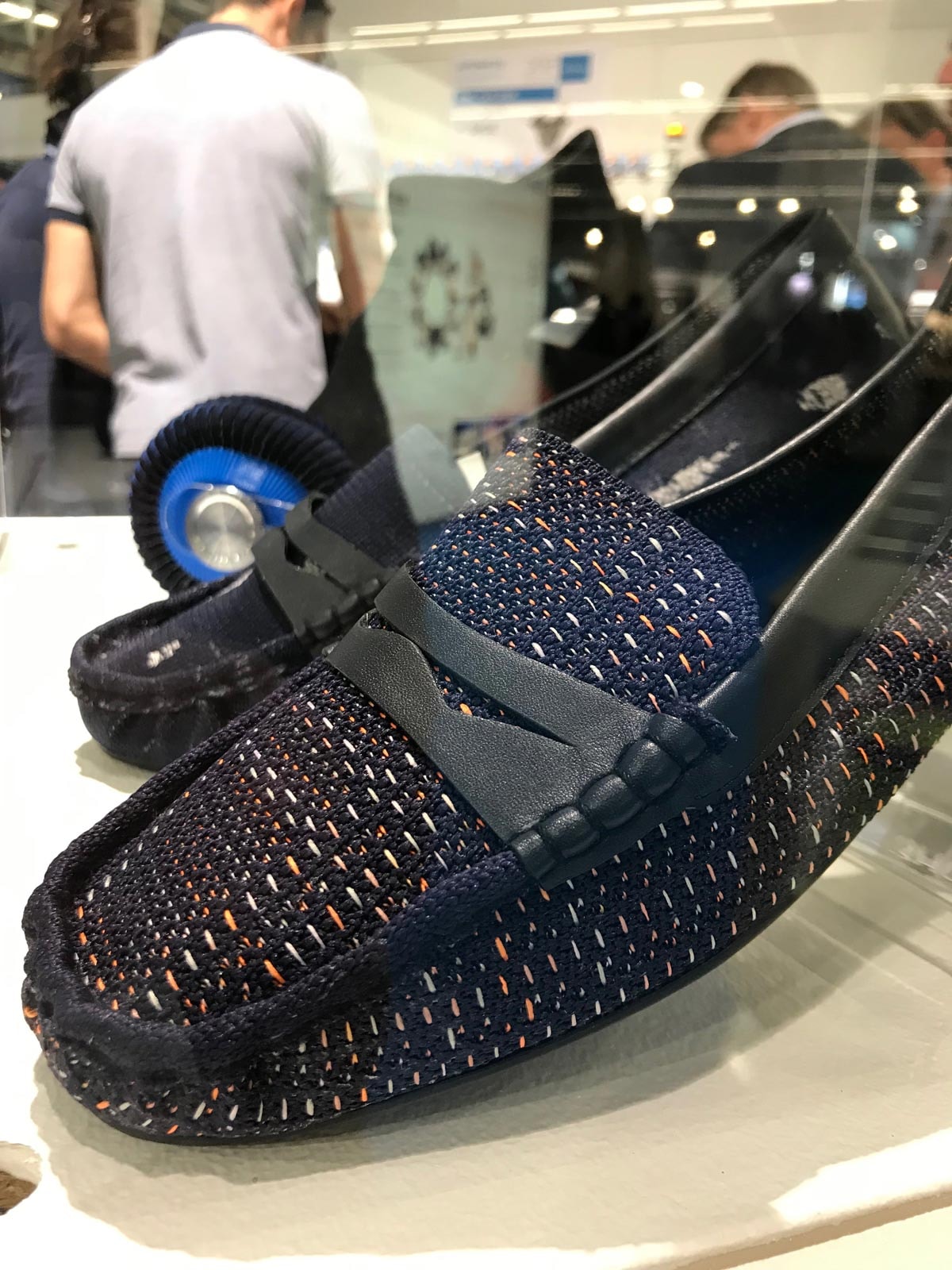 While the process chain of garment production has been linear so far - from design to fabric manufacturer to sewing shop, dispatch warehouse, supplier and customer - this will become a network in the future, wherein all areas are linked. So products can be personalised by the customer, for example, but it is also about developing more automated processes, which can independently react to changes in the process chain and come up with good solutions much faster.

Networking across the industry is the driving force behind textile innovation. Numerous institutes have dedicated themselves precisely to this topic and are working specifically on creating new interfaces between the garment industry and, for example, electronics, cosmetics or food manufacturers. Thus, one of the prize winners of the Techtextil Innovation Awards 2019 can be traced back to such a cooperation. Project "Picasso", winner in the "Sustainability" category, is a cooperation between Portuguese project partners for developing a dyeing and functionalization process for clothing based on mushroom and plant extracts and enzymes. Partners of the project are the Centre for Nanotechnology and Smart Materials (CeNTI), textile company Tintex and spice and herb producer Ervital, among others. "We have brought the companies together because we have already been working with them in other research areas," explains Carla Silva of CeNTI. The Institute has also brought together cosmetics companies, electronics manufacturers and textile producers before and presents, for example, underwear with nanocapsules, which help with neurodermatitis, or classic cotton towels that can be heated via imperceptible, woven-in electronics.

Not particularly sustainable but technically fascinating: The integration of light into textiles will become increasingly common in the future. Printed electronics or electrically conductive yarns can now be integrated into textiles without any problems and allow for new applications, which will soon arrive in the apparel sector. Moving light sequences run through jackets, bags or backpacks; discreet light spots decorate underwear or curtains: light adds a whole new dimension. Amann, one of the leading manufacturers of yarns, presented "Smart Yarns". The intelligent threads work as sensors, data conductors or power suppliers and can thus, for example, generate heat or humidity, pressure points and measure temperatures. As a woven-in RFID antenna, they can also provide information about the use of products, for example, how often they have been washed.

This article was originally published on FashionUnited DE; edited and translated by Simone Preuss.