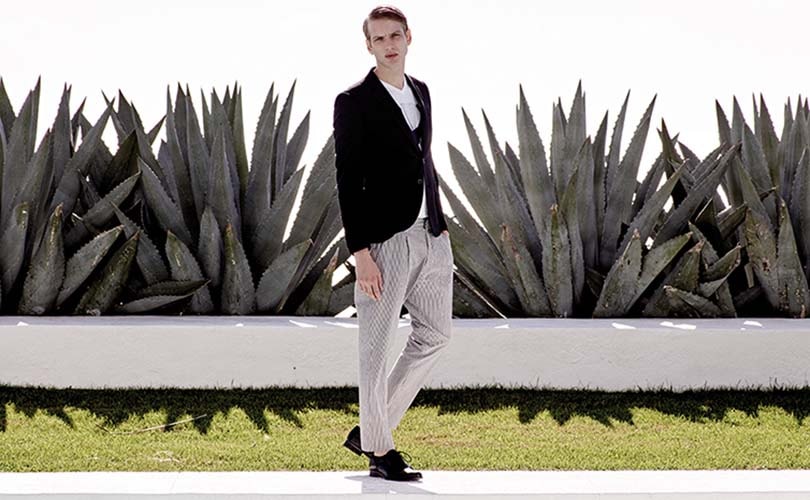 In 2009 Lello Calderelli founded the Antony Morato label. The producer of stylish menswear, leather goods and accessories has been growing steadily ever since, managing a turnover of 94 million euros in 2014, sales in over 70 countries and staff numbers of around 150, making it one of Italy’s fastest growing menswear labels.

And Calderelli’s achievement is no small feat, even for man whose family has been in the textile industry for three generations. The key to his success? A clear vision for menswear: casual yet smart. And everything made in Italy.

As usual, his S/S 2017 collection is divided into two lines: Black and Gold, both inspired by different concepts. The driving force behind Black is the Japanese capital of Tokyo. Not only does the line echo architectural structures, it also finds space for soft Zen tones and a slow sense of spirituality. Here black and grey dominate the colour palette and stand in contrast to natural tones. Technology meets nature, slowness clashes with face-paced living and innovation mixes with tradition.

Gold is different. This collection has drawn its creative inspiration from the rich imagery of Los Angeles. Here the design is underpinned by endless summers and white beaches. Brash blues and deep red tones, iconic symbols such as Harleys and Cadillacs as well as flowers and fruit patterns make a reappearance. An homage to the Californian dream.