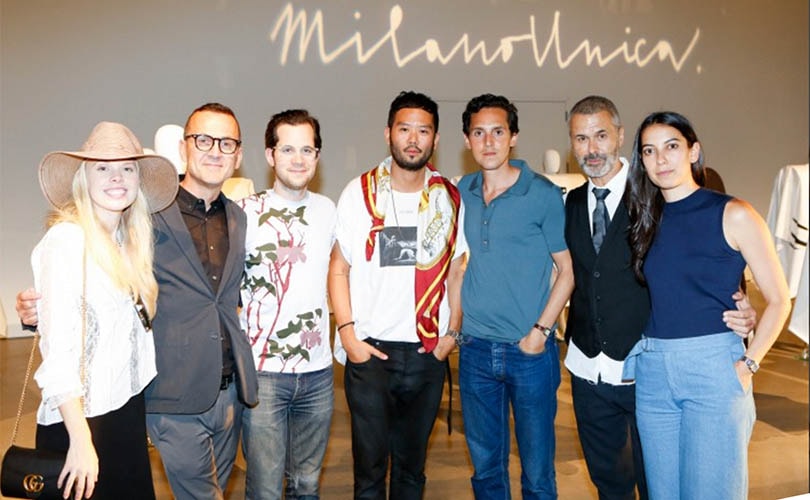 Milano Unica and the Council of Fashion Designers of America (CFDA) have launched the second season of The Fabric Program. The launch was marked on Wednesday, July 20 by announcing Siki Im and Title of Work as their men's wear and accessory designers for the 2017 season.

The program aims to connect American designers in the menswear, women's wear, and accessory categories with both storied and emerging Italian mills to learn "Made in Italy" production techniques and to create unique textiles that will be incorporated into their collection. The women's wear designer will be announced later this month.

"After the successful launch of our partnership with Milano Utica in 2015, the CFDA is excited to continue to provide three American designers with the opportunity to connect and develop fabrics with some of Italy's finest mills," said Steven Kolb, president and CEO of the CFDA. "The access to these fabrics has been a valuable asset to the designers' ability to produce collections and build their businesses."

Botto Poala, the president of Milano Utica, said "The cooperation with CFDA has been quite successful. We have worked with three emerging and very interesting brands, persons who love fabrics, designers who appreciate quality for their quality garments and accessories. I thank Gigi Burris, Ryan Roche, and Orley for their dedication and all the Italian mills have adhered to 'The Fabric Program' for their generosity. This is real international and cultural cooperation, and to have welcomed Siki Im and Title of Work into our program represents the value of 'Made in Italy' quality. Milano Unica awaits for them at the Maison of Textiles and Accessories on September 6 -8, 2016."

Milano Unica is an international textile fair from Milan and was created from the quality and tradition of Italy's most prestigious production mills. Held bi-annually in Milan and introduced to China in 2012 and New York in July 2015, the show is composed of top-tier "Made in Italy" exhibitors.

The trade fair season kicked off. During the month of July FashionUnited will focus on trade shows. For all reads on tradefairs, click here.