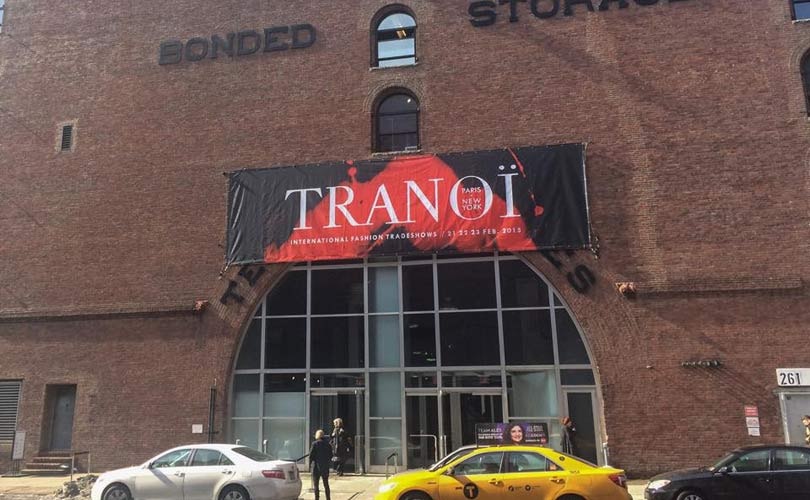 Being quite famous in Paris, Tranoï, the fashion trade show company that was founded in 1998, and one of the leading trade show organizing companies in France, decided that it was time to begin to make its mark in America. Of course, they set their sights on the fashion capital of the U.S., New York City. From February 21st to the 23rd at their chosen venue, The Tunnel, a whopping 20,000 square foot space that runs a full city block, vendors organized themselves and their collections with hopes of bringing some European luxury to the American market.

The location was seen as prime trade show space due to its proximity to other trade shows and showrooms in West Chelsea. The trade show included brands from all around Europe, including Romania’s Rhea Costa, De’hart from Italy, Madame Reve from Lebanon, and The Last Conspiracy from Denmark. The trade show primarily featured brands that do a lot of wholesale, so this was an excellent venue for them to try and get some orders and begin to expand their international presence.

Tranoï arrives in the U.S.

Despite Tranoï’s heavy European presence, and easily being one of the most iconic trade shows in France, many of the designers and account executives felt that while the show was only decent for Tranoï’s first time in the U.S. traffic was light, and they could have certainly used more advertising. “Day one was very busy, but [the second day] and [third day] was very slow,” said Maria Santi of De’hart. While Tranoï might be very successful in Europe, with New York being such a competitive trade show market they really needed to do more to boost their New York presence.

The show lacked the advertisements that are often seen for many of the other New York trade shows like Liberty Fairs and Capsule. Many people seemed to not even know that there was a show going on in the venue, and just happened to be in the area. While location is everything, and it certainly did help drive what traffic there was with the venues close proximity to showrooms and other trade shows, West Chelsea might be a trade show hub, but it is not a major fashion hub that buyers would be clamoring into unless they know there is a trade show happening.

Despite the slow traffic, companies were still making orders, so, that proves that Tranoï’s name recognition does go a long way. With the likes of designers known in America, such as Rhea Costa, which is worn by the likes of Paula Patton and Sosie Bacon, people were sure to be turning out for Tranoï just to get a glimpse of who would be wearing who come fall, as well as what some of the smaller boutiques that focus on wholesale could be carrying come fall.

This show was all about the luxury as well. Most of the collections shown were at luxury price points, and used some of the finest natural fibers available. Maram, for example, showcased a collection that included a turtleneck cashmere crop sweater with blue fox sleeves. The label makes a point to only use the finest natural fibers ranging from wool, to silk, and fur (preferably coyote or fox). 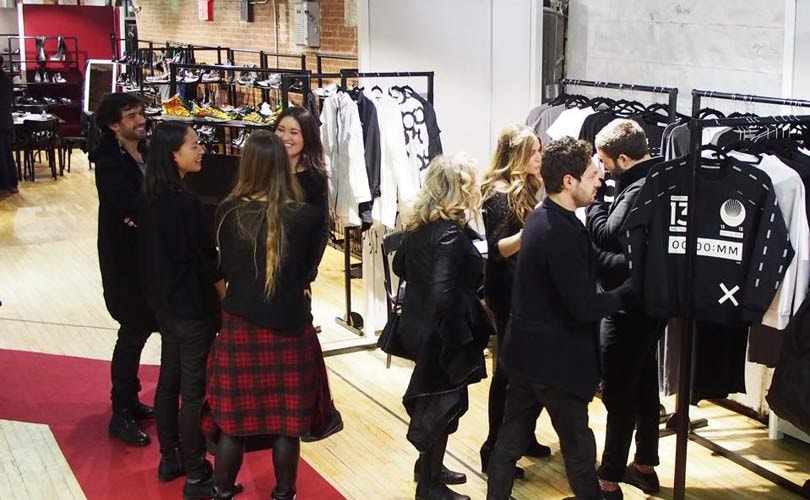 The light traffic did not stop brands from ensuring that their collections were as glamorous and desirable as ever. With many coming to New York looking to begin to increase their international presence this trade show was a good start. While Tranoï may need to take more steps towards generating traffic for their U.S. show in the future the show was still well received and no one walked away empty handed. It was an excellent start for what has the potential to be a very bustling trade show in the future.