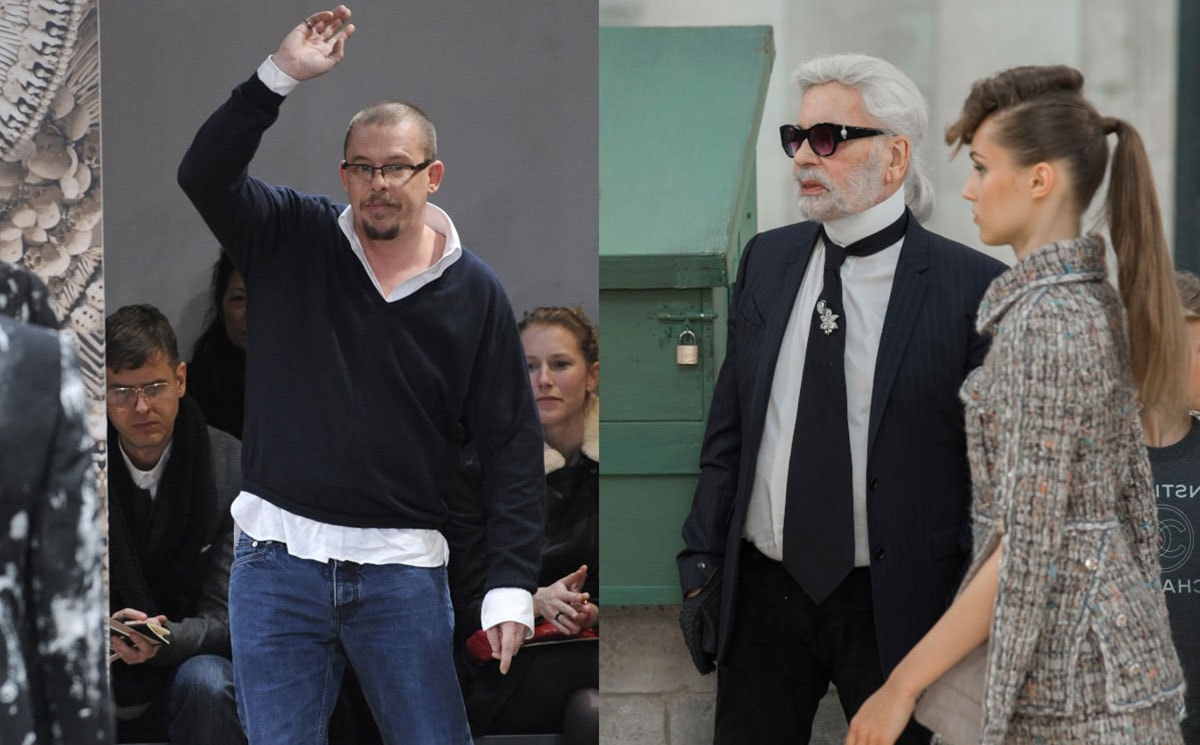 A decade of fashion: What will be remembered from the 2010s

So these were the 2010s. An exciting decade that began, for the fashion industry, with the tragic suicide of Alexander McQueen in February 2010 and closed with Karl Lagerfeld’s death in 2019. Two giants of fashion, both had a decisive influence on fashion in the years before their deaths, and their absences have left large gaps. In this review, FashionUnited looks back at the greatest moments, celebrities, fashion designers, developments and trends of the decade.

The icons of the decade

In the noughties feminine and ditzy were projected as the ideal traits of women - think Paris Hilton, Christina Aguilera (before she became X-Tina) or Britney Spears. The twenty-tens, however, ushered in the era of powerhouse females who made no secret of their often feminist agenda: Lady Gaga, Rihanna, Kim Kardashian, Beyonce.

It’s no wonder, since this decade empowered a new wave of feminists, committed to equal rights and treatment at the workplace. Females demanding representation in management, with equal voices, salaries and pensions to men there. Women then needed the perfect look for a new, digital and a less hierarchical working world, which she found in Phoebe Philo at Céline, Stella McCartney and Victoria Beckham. In general, it can be said that the looks of the 2010s are more sophisticated adult and detailed than those of the noughties.

The 2010s will be remembered in history as the decade of the influencer. Professions that did not exist before - bloggers, Youtubers and street style photographers - were born in this decade and flipped the rules of business completely upside down. Apart from these influencers, who outdid models and celebrities at times in the 2010s, there were those with different influential means who had a direct impact on the fashion of the decade.

A new generation of Royals influencing the decade: First came the Kate Middleton effect, until Meghan Markle stole the spotlight and boosted profits for their prefered fashion houses. What either of the two wore was always sold out in online shops within minutes. According to the “Year In Fashion 2019” report by fashion search platform Lyst, the Duchess of Sussex was the most influential fashion icon of the year and her outfits led to an average increase of 216 percent in the search for similar pieces. In addition, Marie Kondo and Greta Thunberg may have also had great influence on private wardrobes: One helped to sort one’s clothes, the other to buy more sustainably.

Consumers demanded to buy clothes off the catwalks just as quickly as the influencers and street stylers. A development that has led to the creation of "See Now Buy Now" fashion shows, where clothes can be purchased directly via online shopping. But on the contrary, a heightened environmental awareness has taken the wind out of the sails of this instant wish fulfillment to a certain extent. Companies are becoming increasingly aware of their responsibility and doing more about eco-friendly manufacturing, supply chains and materials. The growth spur of sustainable fashion is a defining factor of the decade, and let’s not forget the consumer demand for diversity and inclusivity in the fashion world.

Victoria's Secret: a relic from the decade before, now replaced by Rihanna's Fenty lingerie line, failed to adapt to a new inclusive and diverse era. Models are no longer only slim, young, white and able-bodied, but a cross-section of society.

The 2010s: streetwear and athleisure

While on the catwalks, the motto seemed to be "anything goes," flooding the decade with a cacophony of the most diverse trends and looks, a clear look emerged on the streets: Streetwear and athleisure looks formed the peak of an ever strongly "casualised" wardrobe. Sneakers - first clean and white, then chunky or Dad sneakers by the end of the decade - were faithful companions over the ten years. Kanye's label Yeezy contributed significantly to athleisure and sneakers becoming increasingly popular. Adidas, Nike and Balenciaga benefited as well and advanced the trend. Supreme, Off-White and yoga brands such as Lululemon and Ugg Boots also influenced the looks on the street.

In the first half of the decade, hipsters also had their big moment: rolled up trousers, man buns, beards and checked shirts defined a look that may go down in history as youth culture or a sociological phenomenon. In this context, the normcore trend is also worth mentioning, with its alleged renouncement of consumption in favour of basics, presenting a counter trend towards an ever increasing personalisation and individualisation.

These fashion designers informed the decade

Hedi Slimane's rock'n'roll look for Saint Laurent (renaming the fashion house YSL) shaped the early years of the decade, a look consisting of black leather trousers and studded jackets, symbolising the early 2010s and picked up and completed by labels such as Isabel Marant.

A key piece of the 2010s were bomber jackets and puffer jackets. Skinny jeans experienced a meteoric ascent as well as a slow descent within the decade. In general, corresponding to the 30 year fashion cycle, there was a resurgence of the 90s, which informed trends in the past few years and seems to continue as a trend.

Designer Jonathan Anderson deserves a special mention. He is currently working on his label J.W.Anderson and began his triumphal procession in the fashion industry as “Emerging Talent 2012,” then had a meteoric ascent as the “Menswear Designer of the Year” in 2014 and was named Womenswear as well as “Menswear Designer of the Year” in 2015 and received an award for his work as creative head at Loewe at the Fashion Awards in 2017.

Gucci’s "new" creative head, Alessandro Michele, has also made a significant contribution to the decade. His novel aesthetics catapulted Gucci's sales all the way to the top and himself into the limelight. In the foreground of Michele's aesthetic revolution are iconoclastic, out-of-context references, which are then pieced together in a new way. A kind of postmodern emptying of meaning of all references, as also perfected by Vetements and Off-White, paired with logomania. These labels, which are more DJs than composers, more stylists than designers in the true sense of the word, have in retrospect made the largest contribution to the fashion culture of the 2010s.

This article was originally published on FashionUnited DE. Edited and translated by Simone Preuss