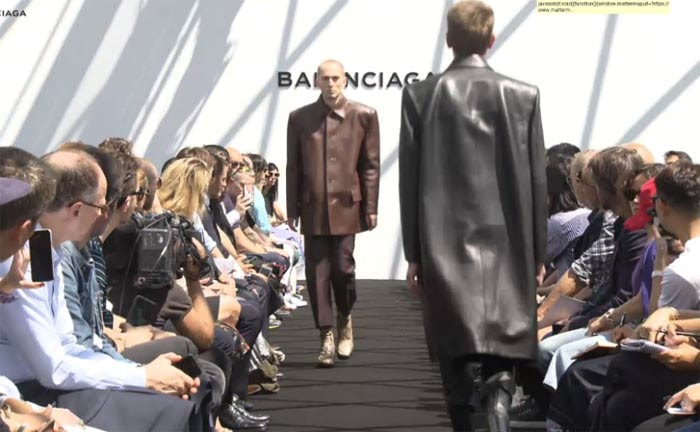 A mark was made in fashion history today as the 99 year old luxury fashion house, founded by master tailor Cristóbal Balanciaga, held its debut men's wear fashion show, under the creative direction of Demna Gvasalia, during Paris Men's Fashion Week. 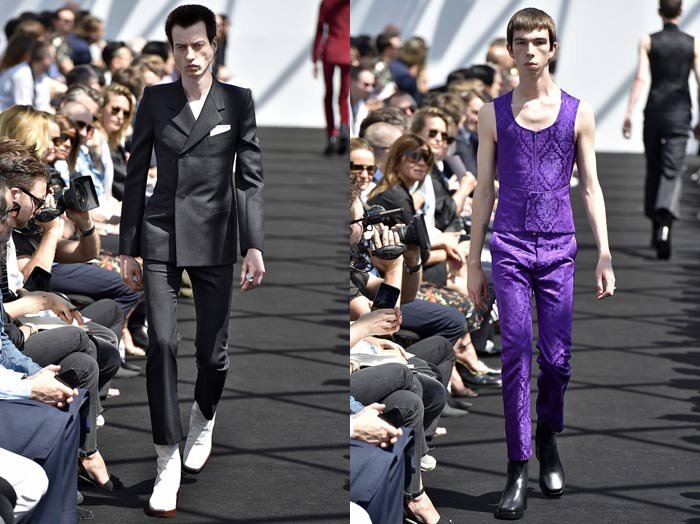 The collection was presented against the backdrop of Paris’ Lycée Saint-Louis-de-Gonzague rooftop atrium, which features a magnificant glass chapel with a view of the 7th arrondissement of Paris. It was a small affair, as the location only held had room for three row of seats and no standing space.

Innovative volume in the SS17 collection from Balenciaga

Vetements designer Demna Gvasalia, who was born in Georgia and studied in Antwerp, unveiled his in March to much debut collection for Balenciaga in March to much critical acclaim. Gvasalia showed classic plaid dresses, suits with exaggerated 80s styled shoulders and oversized hip forms.

For the men's collection for Spring/Summer 2017 Gvasalia made use of the same classic checkered fabric and disproportionately shoulder pads seen in its women's wear counterpart. However, unlike the woman's wear looks, in which volume was used to define and exaggerate the female silhouette, volume in the men's collection was used in a mostly straightforward way and suit jackets were boxy and linear. 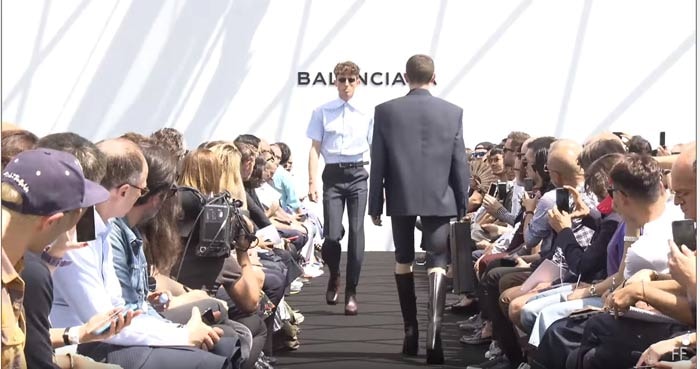 The Georgian designer also presented very body-fitting suits which gave the appearance of being pre-shrunken in the washing machine. Tight fitting and cropped trousers were complimented by coloured ankle boots with a wedged heel, while shorts were kitted out with knee-high boots. Standout accessories from the collection included belt chains and brightly coloured leather bags which were reminiscent of Balenciaga's earlier nylon, shopping ikea bags. The collection also made subtle references to the cap and bomber jackets.

The final models to walk the catwalk carried more of an androgynous look, wearing baroque inspired costumes, or only certain parts of the three-piece suits, such as the waistcoat.

​Photo 1 and 4: Screen shots of the catwalk video on Balenciaga.com