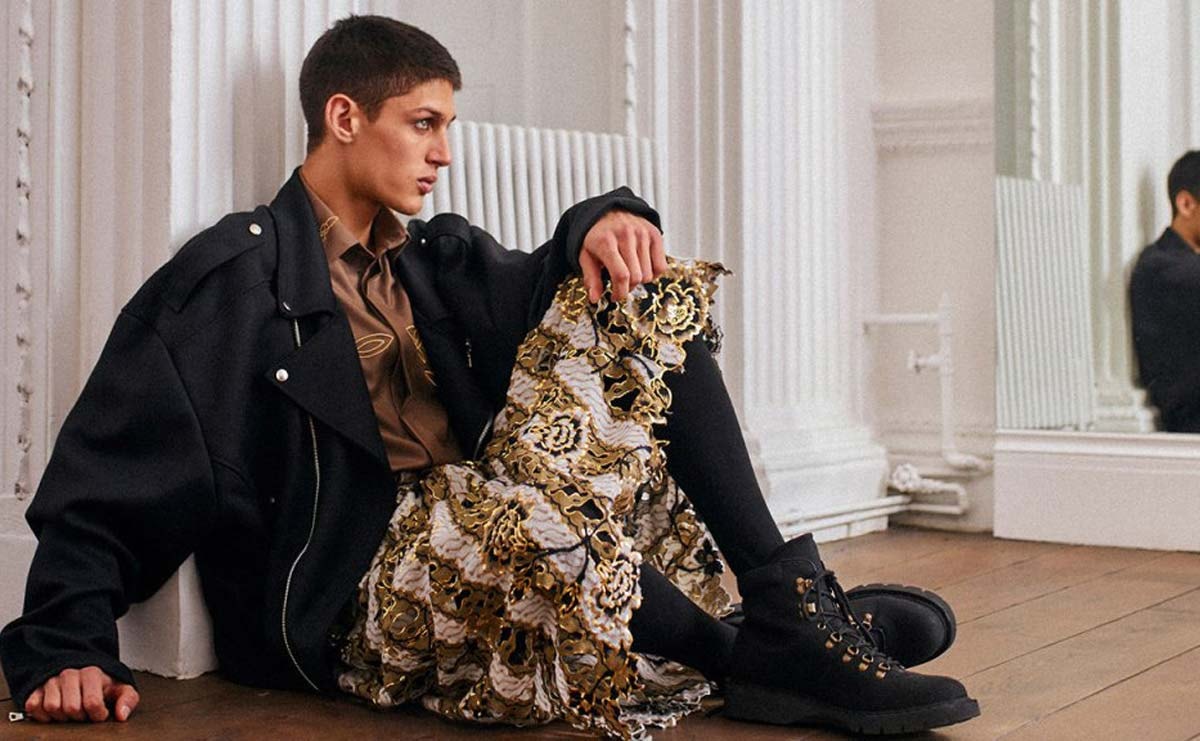 The British Fashion Council has unveiled the 2019 shortlist for the BFC/GQ Designer Menswear Fund, which includes Edward Crutchley and Wales Bonner with the winner to be announced at the end of London Fashion Week Men’s in June 2019.

Established in 2014, the BFC/GQ Designer Menswear Fund supported by JD.com, Inc. aims to discover new talent and accelerate growth through a 150,000 pounds cash prize as well as a twelve-month period mentoring programme.

The 2019 shortlist is headed up by British designer Edward Crutchley, who was named the winner of the International Woolmark Prize at a ceremony during London Fashion Week in February, as well as industry favourite Grace Wales Bonner, who was recently invited to revisit Dior’s iconic New Look silhouette as part of Dior’s 2020 cruise collection presented in Marrakech.

Other menswear designers on the shortlist includes Liam Hodges who has been recognised for his workwear-meets-streetwear aesthetic, streetwear duo Cottweiler, young designer Daniel W Fletcher, and Samuel Ross of A-Cold-Wall*, who has been mentored by Virgil Abloh.

Dylan Jones, BFC menswear chair and editor of British GQ said in a statement: “The BFC/GQ Designer Menswear Fund supported by JD.com, Inc. is vital to supporting creative and design talent from across the UK; and this year is more important than ever. Our 2019 shortlist represents the most innovative designers who are ready to expand their business globally, showcasing what the UK has to offer.”

The shortlisted designers for the 2019 prize will receive mentoring sessions from the judging committee ahead of the final judging day where they will be invited to present their collection and business plan.

Alongside the BFC/GQ Designer Menswear Fund announcement, the British Fashion Council also named the recipients of the 2019/20 NewGen scheme, which features a number of menswear-focused designers including A-Cold-Wall*, Art School, Bethany Williams, Charles Jeffrey Loverboy, Nicholas Daley and Per Götesson.