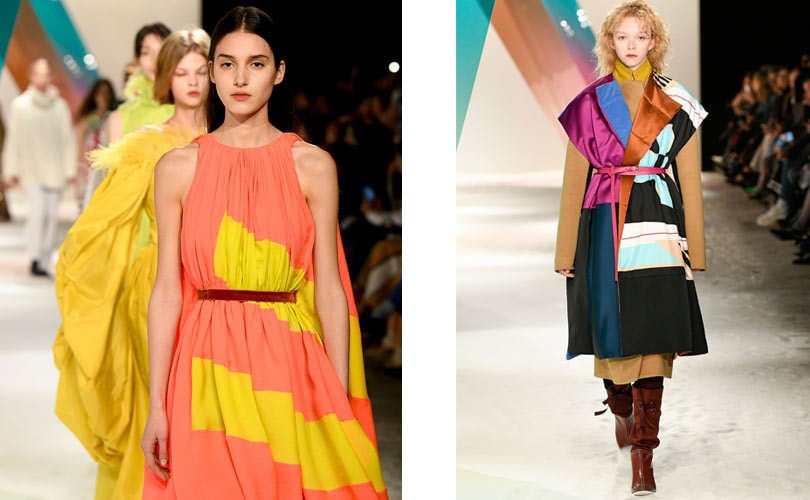 The showcase during Shanghai Fashion Week is part of the British Fashion Council’s strategy to introduce and celebrate British design talent to the Chinese market through networking, content and access partnerships and business support, and will see both Roksanda and Peter Pilotto having a standalone showroom within Ontimeshow, which runs from March 28 to 31.

The trip, supported by the Department for International Trade, will support the brands’ “business development in-market,” added the British Fashion Council in a statement, and will allow the designers to meet with key retailers from China and the wider Asian region, as well as media, stylists, key opinion leaders, creative industry influencers and high-net worth individuals.

It is hoped that the legacy of the trip will “pave the way to involving a larger number of designers with the support of new and existing commercial partners,” added the British Fashion Council.

The British Fashion Council will also celebrate British designer businesses that are already in market with an event on March 29 at The Middle House.

Caroline Rush, chief executive of the British Fashion Council said in a statememt: “China has always been an important part of our strategy. Last year we relaunched our China Partnerships Strategy as there is an increasing appetite from British brands to have a presence in market and vice versa.

“We are delighted to collaborate with Ontimeshow to bring Roksanda and Peter Pilotto, two hero brands of LFW to Shanghai. We hope this is only the beginning of a long-term partnership which will benefit British fashion brands and help them penetrate the Chinese market.”

Yeli Gu, founder Ontimeshow added: “We are very honoured to cooperate with the British Fashion Council to provide British designers with personalised display space and quality buyer resources. This is a very important step to promote the professionalism and internationalisation of Ontimeshow.”