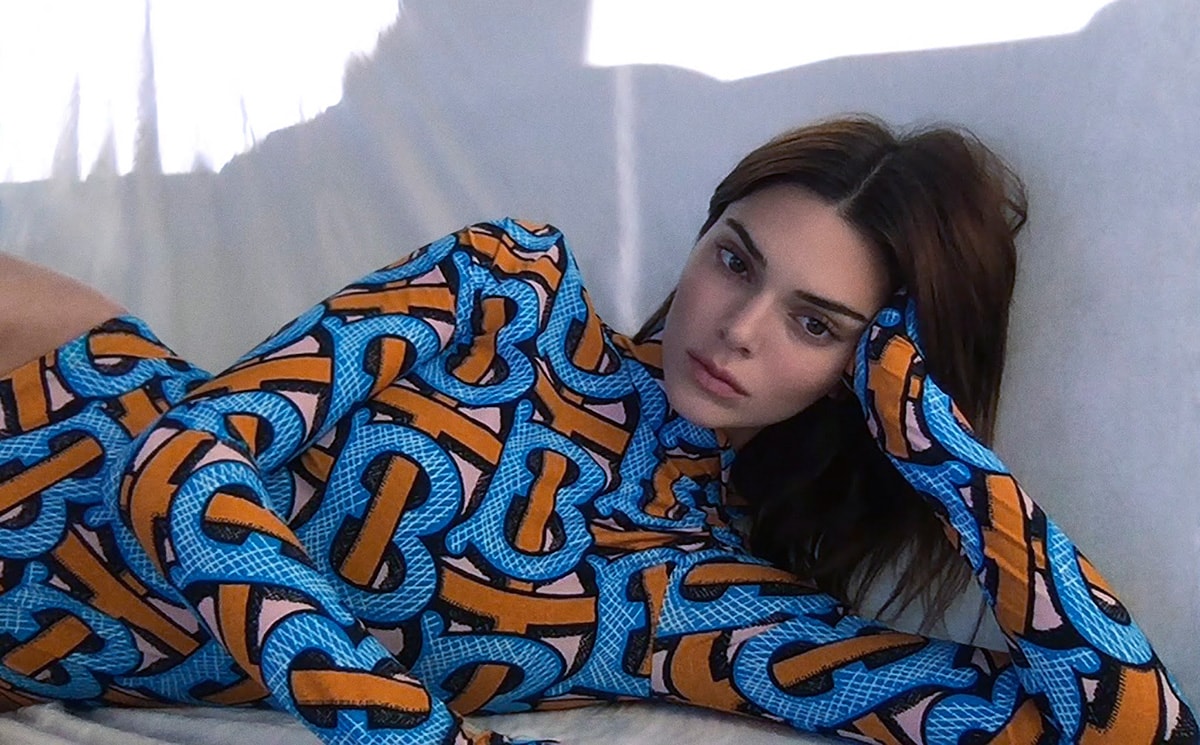 British luxury label Burberry has taken another step forward in its digital push through the simultaneous launch of a new TB Summer Monogram multidimensional campaign and its third game.

The campaign video is set in a dreamlike CGI geometric world inhabited by four CGI characters, one of which is Kendall Jenner, who don a number of womenswear and menswear staples from the new collection. The video is then juxtaposed with a separate photo campaign, a series of self portraits shot at home by Jenner.

The interlocking TB initials, originally designed by chief creative officer Riccardo Tisci and graphic artist Peter Saville in 2018, are enlarged in the new collection with a palette of dark beige, azure blue, graphite and cobalt blue with orange accents.

“This is my second monogram collection at Burberry and for me, the collection is all about celebrating the strength of the duality of feminine and masculine energy, blurring the lines and exploring this notion of youthful expression,” Tisci said in a statement. “For the campaign, I thought a lot about that day-dreaming reverie that I associate with summer, that time when you are drifting between reality and fantasy, and I wanted to portray this through the juxtaposition of the imagery.

“Kendall captured the reality by taking these real self-portraits in the collection, and Nick brought the dream to life, creating this unique digital realm transforming Kendall and allowing her to explore the duality of the TB Summer Monogram collection.’

The collection is available to purchase in selected Burberry stores globally and on the luxury labels website, as well as through a global partnership with Farfetch launching on 8 July.

Burberry has also announced the launch of its latest game, B Surf, which centres around a digital surfing character that players can dress up in outfits from the new collection. Players race around a TB-shaped track and will be able to play online against friends.

Prizes are also available, including a limited-edition TB surfboard and a number of TB Summer Monogram bucket hats, for players in the UK, USA, Canada, China, Japan and Korea to win through daily raffles for the first two weeks of its launch. Players can also unlock digital rewards including an AR in-game character and an exclusive face filter.

This is the latest venture into gaming by Burberry, having launched its first game, B Bounce, in October 2019, and then another, Ratberry, in celebration of Chinese New Year in January 2020.