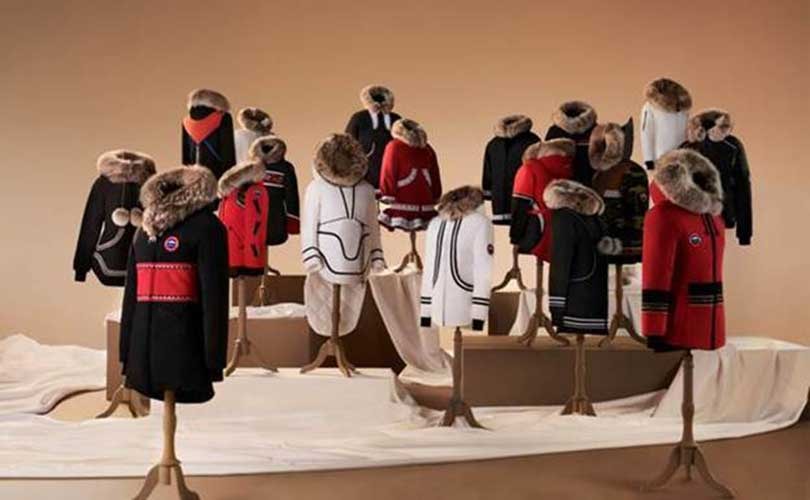 Canada Goose has launched its second collection of Project Atigi in partnership with Inuit designers from the Northern countries of Canada. Established in January 2019, the second iteration will showcase 90-bespoke parks handmade by 18 Inuit designers, from twelve communities of Inuit Nunangat. As an extension of brand's longstanding support of the North, Project Atigi celebrates the heritage and craftsmanship that has enabled Inuit to live in some of the most formidable climates and conditions.

“Project Atigi was born in the North, created by the North and for the North,” said Dani Reiss, president and CEO of Canada Goose, in a statement. “We’re leveraging our global platform to share Inuit craftsmanship with the world and to create social entrepreneurship opportunities in the communities that inspire us. When you purchase a Project Atigi parka, you’re making an investment in the place and people that shape them.”

"The community support and response from participating in Project Atigi has been incredible. Being a part of this project for the second year has allowed me to showcase my designs with the world, while shining a light on our decades of tradition and craftsmanship,” said Eileena Arragutainaq, Project Atigi designer and entrepreneur from Sanikiluaq, Nunavut, in a statement.

Proceeds from the sale of each parka will be donated back to Inuit communities across Canada through the Inuit Tapiriit Kanatami (ITK), the national Inuit representational organization that works with the four Inuit regions of Inuit Nanagat. The 2020 collection includes men's and women's styles and will be sold across select Canada Goose stores across North America and Europe, as well as on CanadaGoose.com.