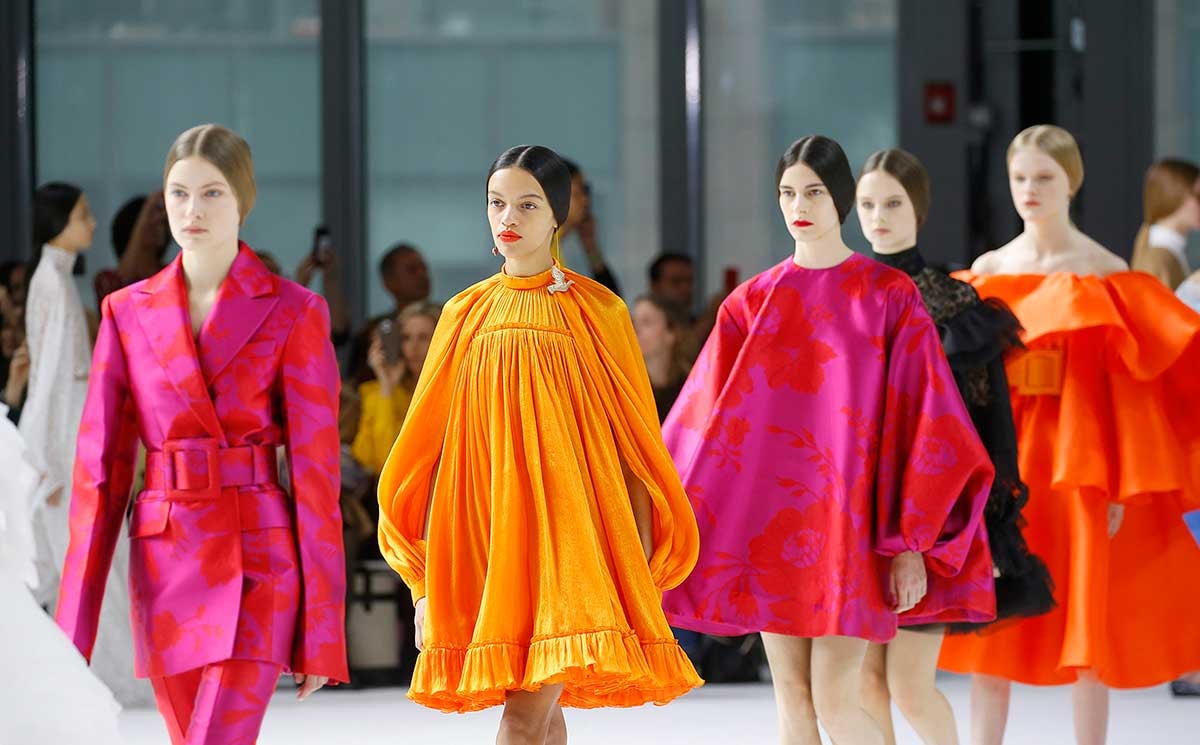 Sweeping gowns in bright monochrome colors, including blues, greens and yellows, were the order of the day at Carolina Herrera's fall-winter 2020 collection Monday.

"My main mission and obsession has been bringing as much color to the house as possible," said Gordon, who took over from Carolina Herrera as creative head of the label two years ago.

"A large part of it is a response to times that can often be grey and uncertain," Gordon, 33, told AFP, referring to "very scary issues" in the news.

"And so rather than surrendering to that. I choose to make my life and the things I can impact be as colorful as possible," he added.

Move over models. At Namilia's fashion show, it was the turn of pornographic actresses to be in the limelight.

The designs were true to form for the pair, whose first collection in 2015 was "My Pussy My Choice."

"Our brand is all about sex positivity and challenging where boundaries are and why they are there," Nan Li told AFP.

Iowa-born designer Jeffrey Dodd was inspired by a road trip through the southwest of the United States for his latest collection.

"For me, the desert is this utopian place where my guard goes away. I'm the most at ease," he told AFP following his show on Sunday.

Denim, lacquered wool and a poncho-throw all featured.

Dodd, accustomed to making designs that are stylish without being eccentric, appeared to be experimenting more this season.

"I've finally gotten to the point where I'm not afraid to be who I am," he said.