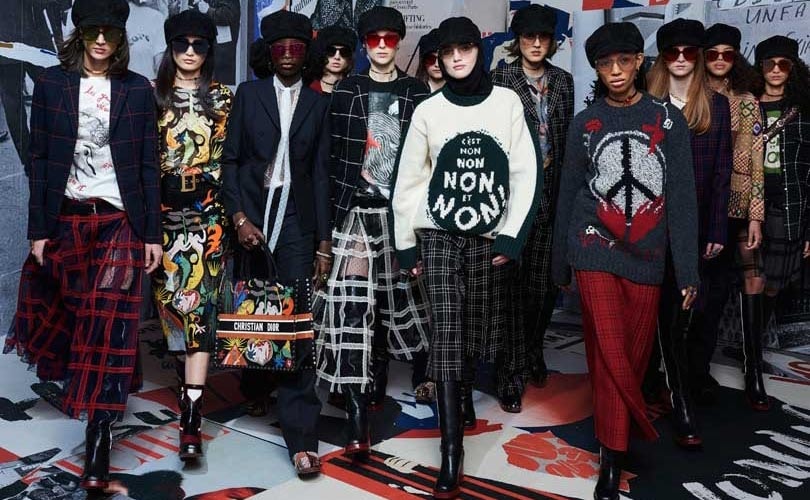 France's yellow vests are making international headlines for their protests, and have now disrupted the Paris Fashion Week: Men's calendar. Dior has been forced to move their men's show a day earlier from 5 p.m. on January 19 to 6 p.m. on January 18. As most government protests typically take place across the country on Saturdays, Dior thought this the wisest move for the safety of their attendees. The location of the show has still yet to be disclosed.

Dior notified guests via private emails. Though Dior has not specifically stated a reason for the last-minute reschedule, Business of Fashion reports that a "source familiar with Dior's decision" confirmed it is to avoid the protests.

This seasons Dior's men's show is one of the most highly anticipated since Kim Jones, former menswear artistic director of Louis Vuitton, took over the brand. Dior Homme will now be taking a timeslot in between Comme des Garçons Homme Plus and Balmain Homme.

Dior is keeping its head down this time

Dior celebrated free speech and the practice of resistance last season through Maria Grazia Chiuri's women's collection. The 1968 protest featured in the women's Fall 2018 runway advocated women's rights. The collection and show were met with praise--Dior should be marching for equality. Consumers engage more when brands take a strong stance on a subject.

The yellow vests protests began over a fuel tax, but have since become about the state of the working class in France. The protests have been known to turn violent and have caused an escalating crisis for the French government. Luxury stores and businesses have been known to be a target for protesters.

Luxury brands have actually begun closing their stores on Saturdays to avoid damage and looting of their stores. The world's eyes are on France to see how they respond to this continued crisis.