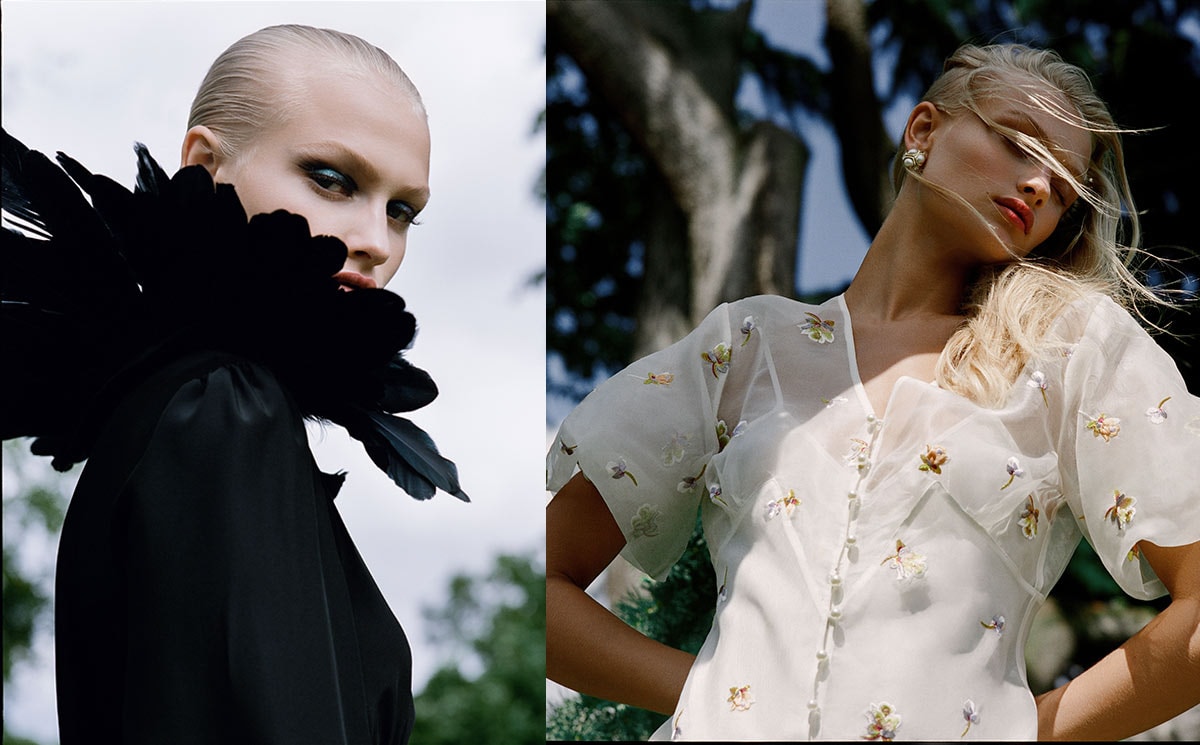 The collection, which is Olivia von Halle’s first to be inspired by a movie, takes inspiration from its lead characters - Maleficent played by Angelina Jolie and Aurora played by Elle Fanning - and plays on the female lead's contrasting personalities.

Pieces inspired by Maleficent, the villain of the film, include the brand’s cult Coco pyjama reimagined in silk velvet and embellished with black Swarovski buttons and a large scale embroidered wing motif; a slip dress in a feathered silk devore fabric; and a dramatic floor-length black crepe-de-chine gown with a faux feather cape.

In contrast, pieces inspired by Aurora, the hero of the film, are feminine and ethereal. Items include the brand's most popular ‘Lila’ pyjama and ‘Queenie’ robe printed with a lilac floral 'Apple Blossom' print; a delicate floor-length silk organza dress with puff sleeves; and a whimsical short style with pearl button detailing and intricate floral embroidery.

"Growing up with Disney, I found from an early age that the characters I was drawn to the most were the villains, the rebels, the rule-breakers,” fashion designer and founder of her eponymous brand, von Halle, said in a statement. “They were dangerous, interesting, had depth to their characters - and were so glamorous and well dressed! Women are complex and powerful and I believe that we all have a Maleficent and an Aurora within us, and I wanted to create a collection that would enable women to explore and embrace these contrasting sides of their personalities."