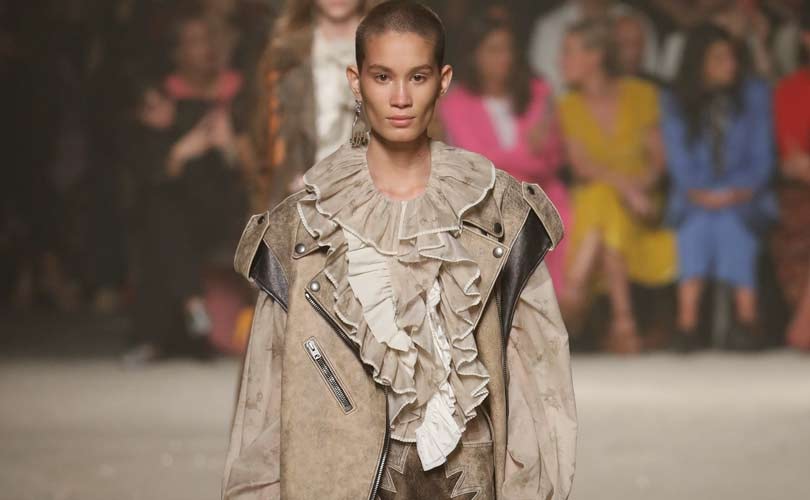 Coach transported the fashion pack to an alien-like mise-en-scene Tuesday for a spring/summer 2019 collection of prairie-style skirts and fringed suede jackets inspired by Sante Fe and Georgia O'Keeffe.

It was British creative designer Stuart Vevers's latest outing for the

77-year-old US leather goods brand, which has only relatively recently moved into ready-to-wear, with muse Selena Gomez, 26, sitting front row. His spring vision stayed true to Vevers's fascination with the Wild West, through a British 1990s grunge prism, with peasant-style loose frocks paired with slashed and fringed suede jackets and ruffled blouses. 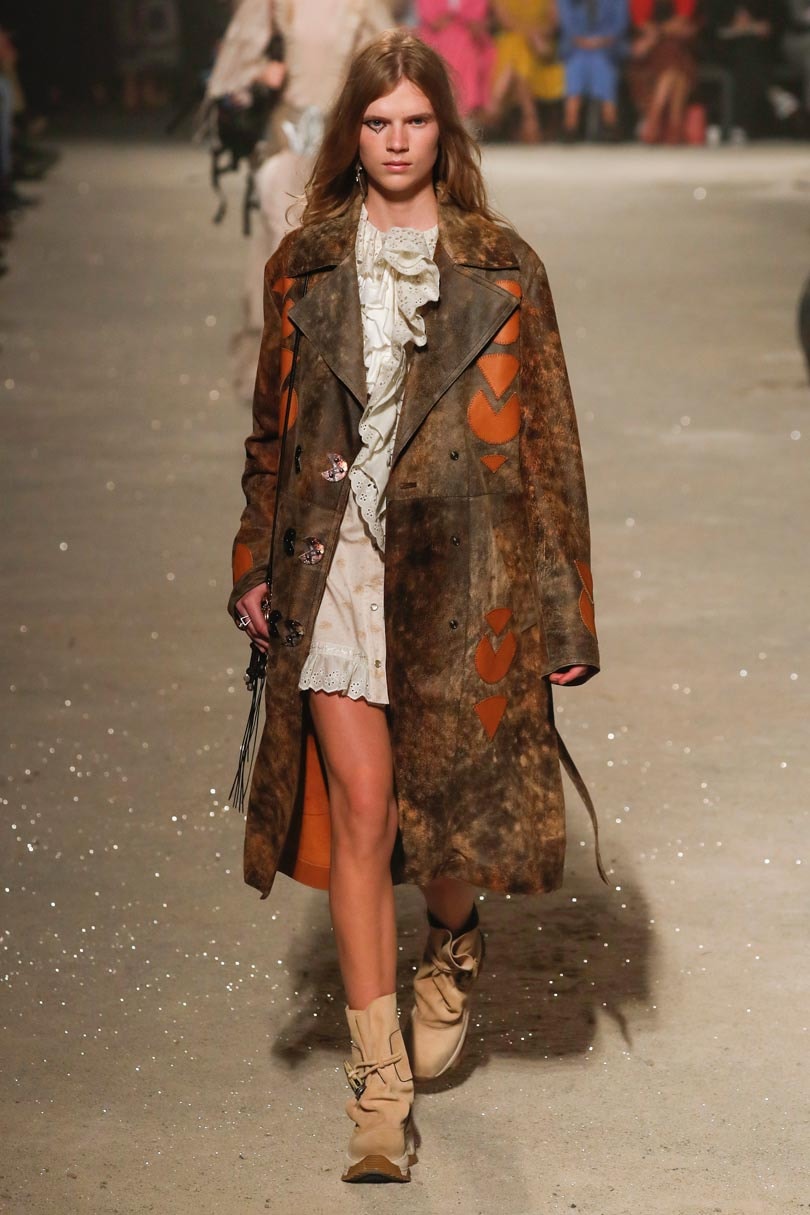 "The kind of scavenging and salvaging, mixed with the alien-like space and club scene and Western," Vevers explained backstage. "That feels good." There were also hoodies and T-shirts featuring pictures from seven Disney movies -- a pillar of popular US entertainment and perhaps a nod to Gomez's breakout past as a teen actress at the Disney Channel.

Pictures from "Bambi" and "The Aristocats" were darkened or flipped upside down in what the notes said were recontextualizing and remixing "beloved American pop culture icons, creating relics for the future." 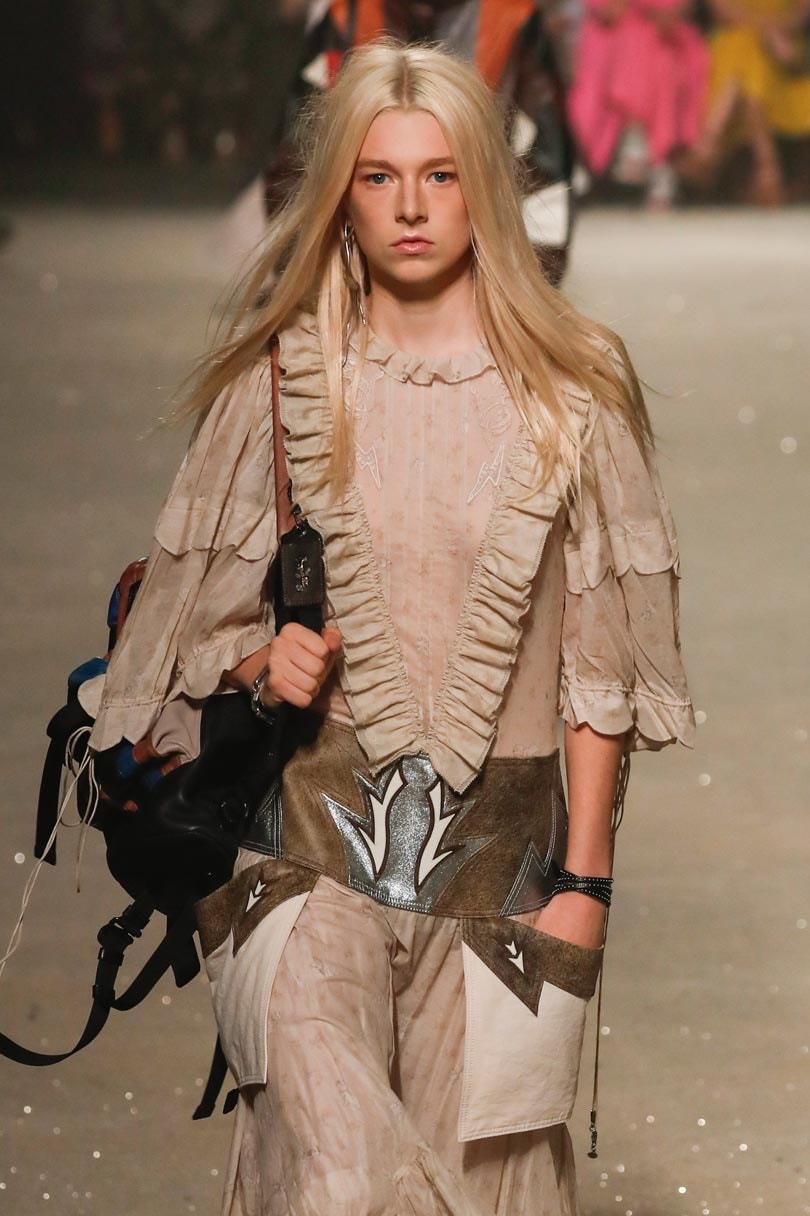 The set was something out of 1982 science fiction movie "Blade Runner" with a dinosaur skeleton-style metal sculpture, and a rusted out Volkswagen Beetle, giving Vevers his trademark contrast between outback and urban grit.

The designer, who has been at Coach since 2013, said he was inspired by a visit to Santa Fe, in the deserts of New Mexico, and by American modernist O'Keeffe, who spent years living and painting in the state. In the notes, he summed it up as "assembling and reconstructing the craft and spirit of the American look," and "scavenged and salved American heirlooms." 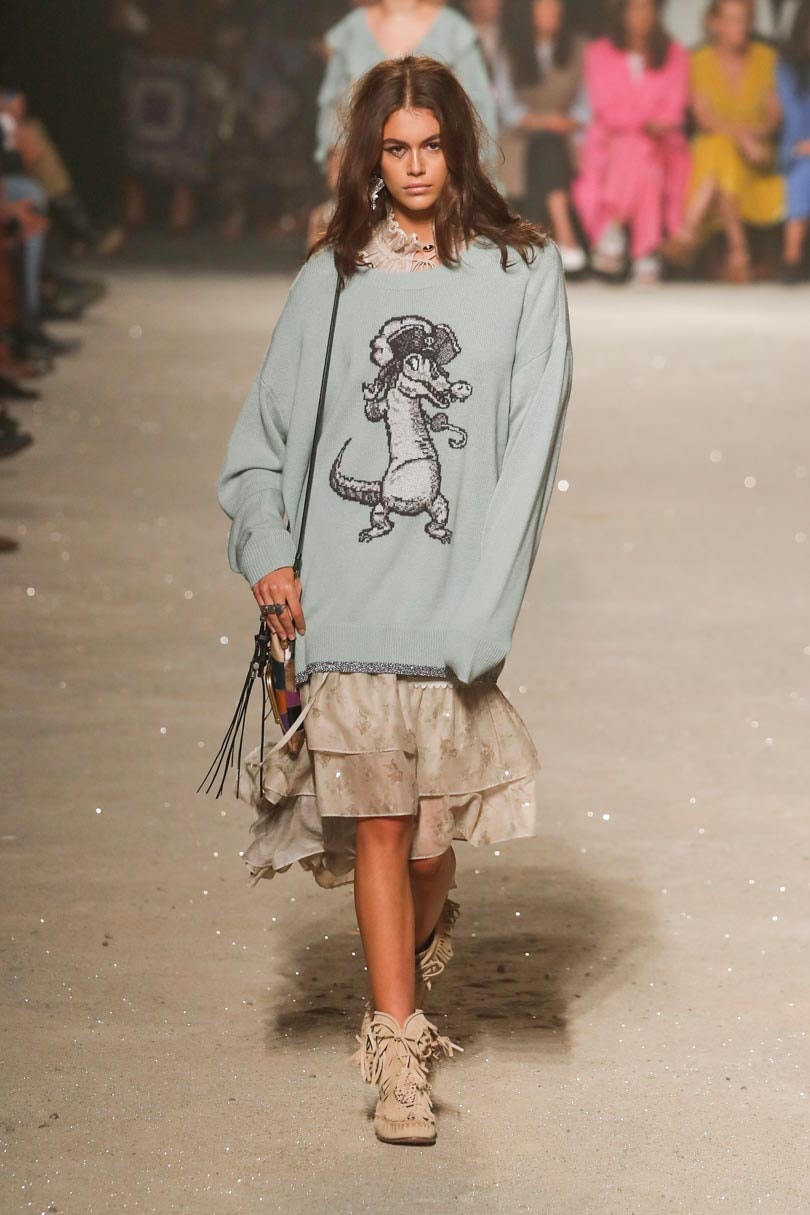 Actress Whoopi Goldberg, up-and-coming actor Lakeith Stanfield and Vogue editor-in-chief Anna Wintour joined Gomez as guests of honor. Ghostly skirts were so long they could have been Edwardian. There was plenty of layering, patchwork denim and tasseled bags. "When I first met Selena, we started to talk about the things we do, she has a lot of red carpet events," Vevers told reporters.

"The idea of dressing up the Coach girl, a lot of the long dresses or more kind of dressing up pieces, they really started after meeting Selena." Coach signed the singer and actress as brand ambassador in 2016 for a reported 10 million USD. Her superstar status among young buyers -- with a whopping 142 million followers on Instagram -- makes her an advertiser's goldmine.(AFP)