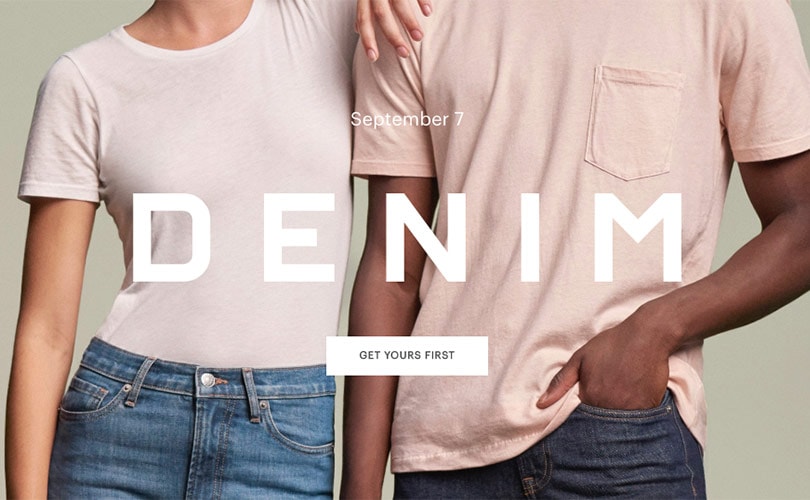 London - It is no big secret that fashion industry is one of the most polluting industries in the world, with the denim segment highlighted as one of the worst offenders. The production of a single pair of jeans demands up to 10,000 liters of water, as well as dyes, chemicals, and pesticides which pollute the water and environment. Which is why Everlane set out to create an eco-conscious denim collection, designed to last and do the least amount of harm to the planet.

Founded by Michael Preysman in 2011, the fashion manufacturer aims to offer consumers high-quality garments, made in an ethical and responsible way for a fair price. Everlane debut denim launch comes after an extensive search for the right sustainable factory to produce its range. After meeting with the founder of the Saitex factory in Vietnam, which uses solar panels, recycles 98 percent of its water and holds a LEED certification, the company began developing its denim range.

“We wanted to make denim from the beginning,” Preysman said to Fast Company. “Now, we can find the right partner, and this partner is also interested in us. You’re going to see a lot more of this as we scale.” In order to ensure the denim collection reflects the brand’s values, the Everlane design team created a pair of classic pair of jeans which are both timeless and durable. In addition, the jeans are made from a heavier denim, designed to hold its shape but with enough stretch to be comfortable, meaning consumers will not have to wash them as frequently.

“Denim is key to the American uniform, and we’re very much about building uniforms here,” he added. “We started with a plain white T-shirt, and in some ways, we’re completing the uniform with denim.” Everlane debut denim collection is set to offer styles for men and women in timeless washes. Priced at 68 US dollars, the denim range is set to launch online at everlane.com/denim and selected denim concept stores on September 7.