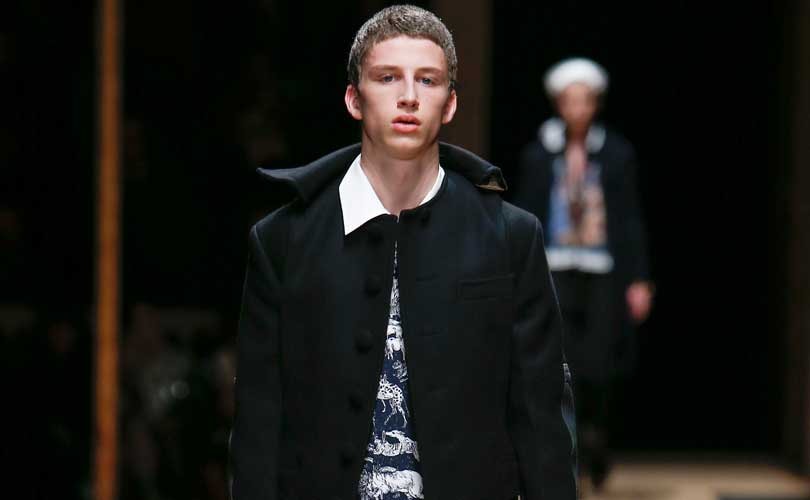 London - Over the last few seasons, the trend for elevating staple menswear clothing by upgrading their fit, fabric, trims and execution has gained momentum all across the industry. This celebration of commercial and well-recognised items now stretches beyond workwear to encompass military and sportswear themes, which, when combined with Italy's flair for fashion, has made for a strong Fall '16 season. FashionUnited has collected the best collections spotted at Milan Men's Fashion Week below.

The military trend that emerged in London found itself on the Milanese catwalks this week, with Jil Sander's minimalist vision reimagined with a futuristic, urban undertone. As one of the key shows of the Milan men's season, Jil Sander was strong on outerwear: draped overcoats and tailored separates came updated with cross-body military belts. Ski-ready nylon trousers and sheen bomber jackets added active appeal, while soft leathers snapped together with popper closures to look fresh and futuristic. T

The 70s trend that began at Gucci last year has not lost any of its momentum and Marni's designer Consuelo Castiglioni blurred themes of 1970s officewear, military and romantic bohemia into a varied collection. There was a play proportion, such as contrasting roomy carrot-leg trousers with billowing wrap coats, while oversized outer pockets touched on a utility mood. A rich palette of navy, maroon, mustard and green was offset by the stark white of plimsolls in a collection offering casual sophistication. 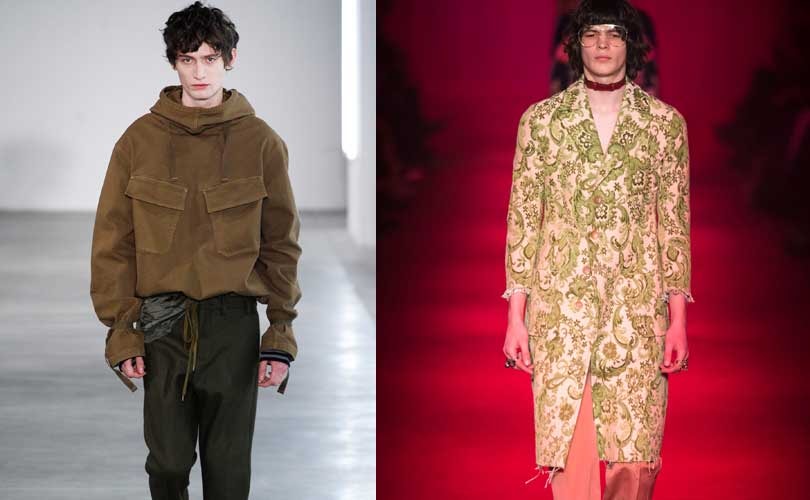 More military-inpsired garments were seen at Alessandro Dell’Acqua's label No. 21, where he wove his idiosyncratic, romantic aesthetic though this season's prevailing utilitarian mood by juxtaposing masculine shapes with femme materials. Parkas and canvas anoraks were delicately embellished with ribbon and velvet panels while army shirts were offered in macramé lace.

Miuccia Prada put her spin on a maritime mood for A/W 16/17, collaborating with artist Christophe Chemin to produce a series of allegorical drawings which grew over deconstructed 1950s camp shirts creating a modern, mythical undertone. Double-breasted coats were offered in wool and weather-beaten denim. Sailor smocks came in everything from knit to weathered leather, layered under 1970s-style chequered jackets. 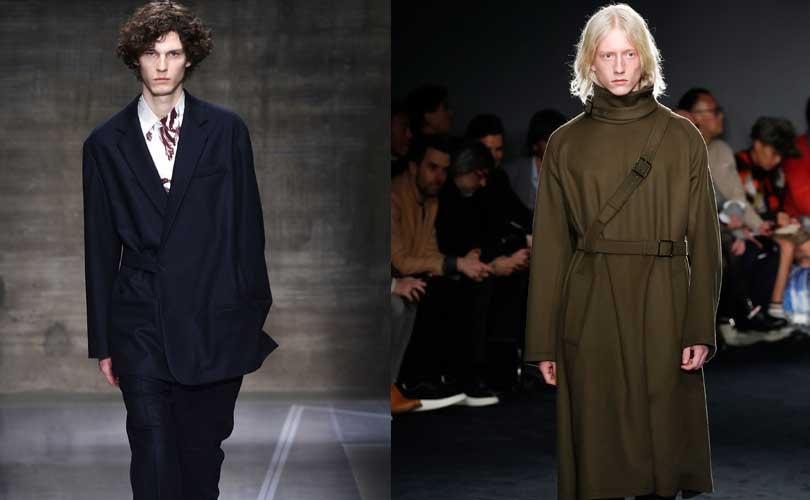